STEVEN GERRARD has admitted he left before full-time in Liverpool's astonishing comeback win over Barcelona.

The Anfield legend was too overcome with anxiety and nerves to sit out the match. 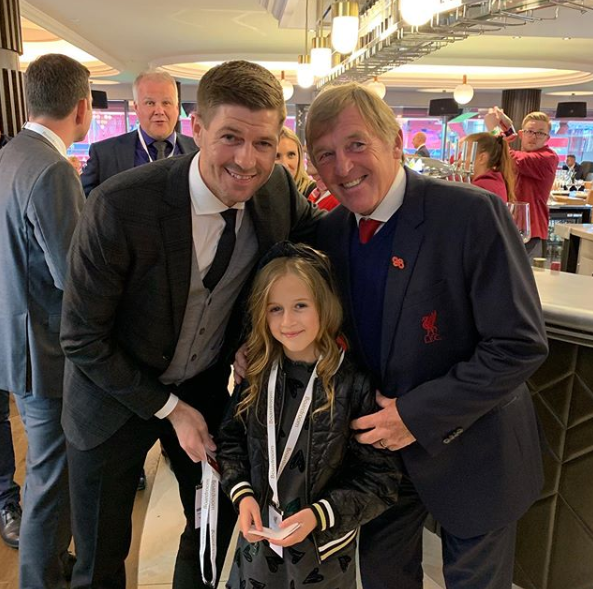 Gerrard, 38, was pictured with Sir Kenny Dalglish before the game.

But he used the excuse of having seven-year-old daughter Lourdes there as a reason to leave.

Reflecting on the amazing game and Spurs' win over Ajax last night, Gerro said: "I just think it confirmed to everyone how big the Champions League competition is.

"It's a mega competition having experienced it as a player.

"It's the ultimate and I think the last two games over the last 48 hours have confirmed that.

"The nerves on Tuesday night at Anfield for myself personally were difficult to control.

"I had to leave at 4-0 even though I had my seven-year-old daughter. I used that as an excuse but it was more the nerves so God help the players with what they were going through.

"I just don't think I'd have been able to cope with seeing Suarez, Coutinho or Messi break my heart.

"My seven-year-old had school the next day… beat the traffic and get out of there before it goes wrong. Just remember the good stuff."

And Gerrard is just like the rest of us in looking forward to the final on June 1.

He added: "Spurs – what a performance. Just the emotion and reaction from Pochettino, I think it shows what football means to everyone.

"I think both games were an advert for European football and what a final to look forward to."