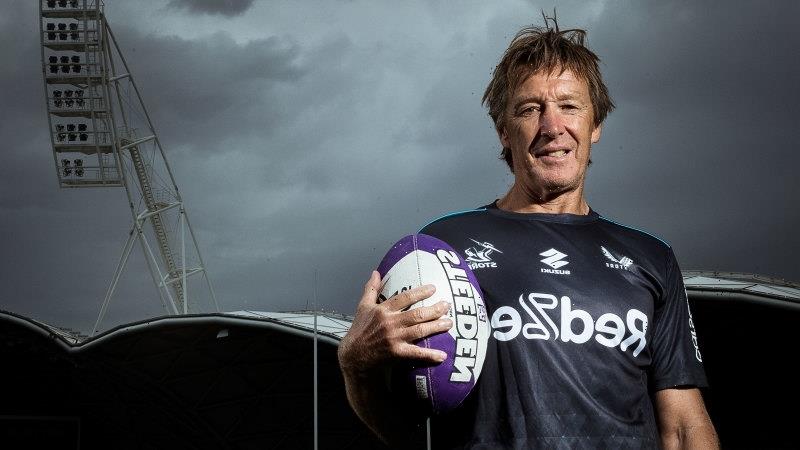 Craig Bellamy has defied Victor Hugo who once said, “The earlier works of a man of genius are always preferred to the newer ones, in order to prove he is going down instead of up.” There is no sign the Storm’s Craig Bellamy, who will have coached 500 consecutive games at one club Thursday night, is going down.

Only Wayne Bennett has achieved this feat, having accumulated 524 games in his First Coming to the Broncos. So, if the Storm make this year’s first semi-final, Bellamy will equal Bennett and potentially pass him a week or two later. 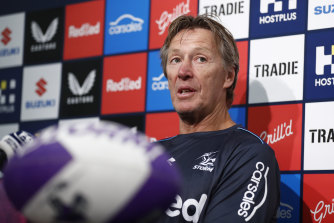 Craig Bellamy speaks to the media during a press conference ahead of his 500th game.Credit:Getty

The standard way to achieve longevity at one club is to force a major turnover of personnel. Bennett did this in October 2005 after a disappointing season. He sacked three assistants – Kevin Walters, Glenn Lazarus and Gary Belcher – despite Walters and Lazarus winning premierships for him as players. (It worked. The Broncos won the 2006 trophy). Bellamy, however, has never sacked an assistant coach or a trainer. All have left the club for other opportunities. He has spawned a hatchery of coaches with five current club bosses having been assistants in Melbourne.

Nor has Bellamy forced a major revolution in playing personnel to shore up his relevance. In fact, the knock against him is that his success has depended on a brilliant nucleus of players – Cameron Smith, Billy Slater and Cooper Cronk. Yet Slater retired and Cronk joined the Roosters and the Storm still won the 2020 premiership. OK, the club hasn’t won a grand final without Smith but the Storm’s failure last year was more to do with living away from home for two consecutive years, rather than the retirement of their captain.

Nor has the Storm ever recruited a big name player from another club, with most NRL imports coming to Melbourne as fringe players seeking an opportunity.

Bennett, along with Tim Sheens and Brian Smith, sit above Bellamy in the number of games coached but have done so at four or more clubs. The coach most mentioned in the same breath as Bennett is the ARL’s Coach of the Century, Jack Gibson.

Gibson is tenth in the most games coached list but never stayed more than three years at one club. Most coaches will admit their effectiveness diminishes over time at the same place.

“You do get stale,” says Sheens who stood himself down from two clubs (Raiders, Panthers) but was pushed out at two (Cowboys, West Tigers).

Gibson coached six clubs and the Roosters twice, meaning that he spent seven stints as a coach. He occasionally took a year’s sabbatical over the two decades he coached. Yet, as Bellamy’s 20th season as a head coach begins, he has remained at the one club, while never having a losing season and achieving a win rate of 70 per cent. He has done this while institutionalising the bane of all coaches: great, debilitating expectation.

The reason for his success is simple: he makes players better. He delivers messages on skill improvement with simplicity and honesty.

To many long term Bellamy watchers, there is a similarity between his first game as a head coach – in charge of the “Baby Broncos” in 2002 and his most recent one – the Storm’s win in round 1.

His “Baby Broncos” consisted of seven debutants because nine regular first graders were away with Bennett preparing for a State of Origin decider. Similarly, last week’s Storm team had three players on the bench who had never played an NRL game, while Nick Meaney – a recruit from Canterbury – played the unaccustomed position of five eighth.

Both the 2002 and 2022 games were away wins against Wests Tigers who offered Bellamy the head coaching position for 2003. He declined and Sheens was subsequently appointed. There is further circularity in that Sheens, as Raiders head coach in 1995, gave Bellamy his first coaching job.

On Monday night in Melbourne, Sheens was one of a small number invited to a dinner to celebrate Bellamy’s 500th game. Sheens recalled that on chilly Canberra nights, as 9pm loomed, the trainer blew the siren at Bruce Stadium to signal time for Bellamy’s Presidents Cup team to leave the field. Sheens also counted the number of times Bellamy used a favourite word in his team talks. Nowadays, Bellamy’s favourite phrase is “at the end of the day.” There’s an end day coming for Bellamy’s time at the Storm and no-one in Melbourne want to see it.