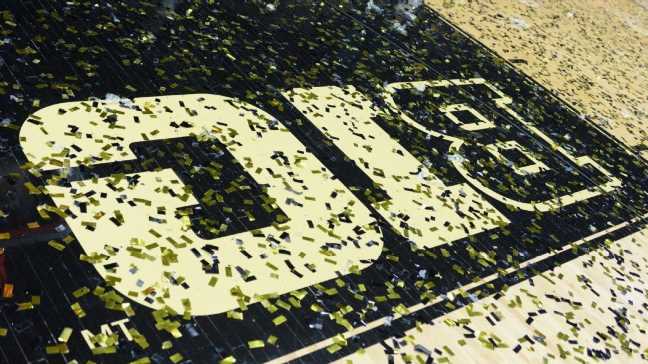 A study out today on the risk of heart damage to college athletes who have had COVID-19 contradicts other recent studies by suggesting symptoms are not the best indicator for possible heart problems, and advocating continued high-level cardiac monitoring, awareness and possible testing of athletes post-COVID.

The study published in JAMA Cardiology found the inflammatory heart condition myocarditis in 37, or 2.3 percent, of 1,597 Big Ten college athletes given a cardiac MRI after testing positive for COVID-19.

“Unfortunately, from our study we show that symptoms do not help us very much,” said cardiologist Dr. Lawrence Rink, who has been a team doctor at Indiana University for 40 years. “I won’t say symptoms are of no value. But they did not pick up the majority of our cases of what we were calling myocarditis.”

That interpretation contradicts two prior studies, one of professional athletes in March and another of college athletes in April, which determined cardiopulmonary and COVID-19 symptoms to be good predictors of possible post-COVID-19 heart-related issues.

Doctors from those earlier studies suggested that teams could possibly lessen some of the intense testing — including cardiac MRIs — and restrictions from activity that athletes had been undergoing since last fall. That’s when early, small-scale studies showed much higher rates of myocarditis among athletes who had contracted COVID-19, including about 15 percent in one study of about two dozen Ohio State athletes.

Ohio State cardiologist Dr. Curt Daniels, who led that study, is also an author of the study released today, which he said is the first to show — on a wider scale — that people who get COVID-19 and don’t have symptoms can still have changes with their heart. He said it’s more an issue of awareness and of the need for further, long-term analysis, including follow-up MRIs to see if the inflammation resolves over time.

“Dr. Rink and I both aren’t saying everyone needs an MRI who has had COVID,” Daniels said. “The findings show you can’t rely just on symptoms to say, ‘Hey, you’re fine. Go do everything on day 11 coming out of isolation.’ You need to take it slow, watch out for potential symptoms and if there are any, seek medical care and further evaluation.”

Cardiac MRIs are considered a premier diagnostic tool for detecting heart problems, but they are expensive, time consuming and require special equipment and expertise not available in every college town. They’re usually given after or in conjunction with an electrocardiogram, a troponin protein blood test and a heart ultrasound. At many schools, an abnormal finding on any of those tests would be assessed, along with symptoms, to determine if a cardiac MRI is needed.

The Big Ten study stated that when cardiac MRIs were done for post-COVID athletes, regardless of symptoms, they “yielded a 7.4-fold increase in detection of myocarditis.”

Doctors who were involved in the nationwide study of college athletes released in April in the American Heart Association journal Circulation had said athletes who had only mild or no symptoms might not need any cardiac testing because their overall data showed such a low prevalence of myocarditis. They noted most of those cases involved an athlete who showed symptoms such as fever, body aches or cardiopulmonary distress.

That nationwide study reported heart issues in 21 — or 0.7 percent — of 3,018 college athletes who had tested positive for COVID-19 and had a cardiac evaluation. Of those 21 athletes, 16 had either cardiopulmonary or mild to moderate COVID-19 symptoms.

In the nationwide study, most of the 3,018 athletes did not have cardiac MRIs. About 11 percent — or 317 — did. The 21 athletes with signs of heart issues came from that smaller pool that received MRIs, where they made up about 6.6 percent.

“When they used the diagnosis of myocarditis, they were using it based on cardiac MRI,” Rink said. If a study only has a small percent of athletes getting MRIs, he said, “how do you really know what percent had myocarditis?”

“You don’t know if those studies are predictive if you don’t do the definitive study, which is the MRI,” Daniels said. Rink said that in the Big Ten study, cardiac MRIs also found heart issues in athletes who had normal results from the electrocardiogram, blood test and heart ultrasound.

One note in the nationwide study that addresses the cardiac MRIs points out that the 317 athletes were broken into two groups: 119 who had a cardiac MRI because they had symptoms or an abnormal result on one of the three prior tests, and 198 who received an MRI regardless of symptoms or prior tests results, known as a “screening MRI” (much like the group from the Big Ten study).

These competing back-to-back studies involving sports medicine professionals at various Power 5 schools harken back to the debate last fall in which conferences were divided over whether it was safe to return to sports amid the pandemic. The differing approaches left school administrators, parents and athletes struggling to know whom to trust and how much of a risk to take.

Should a parent feel safer having his or her kid play in the Big Ten? “The answer is yes,” Rink said. “I suspect physicians in the Big Ten will be more cautious about return to play.”

Doctors involved in the prior studies said they were concerned about overuse of cardiac MRIs and finding abnormalities that don’t really pose harm to the athlete but could result in keeping him or her out of activity unnecessarily.

Dr. Aaron Baggish, director of the cardiovascular performance program at Massachusetts General Hospital in Boston who was involved in both prior studies, wrote in an email that the Big Ten study data “confirm that the incidence of cardiac involvement is very low following COVID-19 infection in young, previously healthy athletes.” He said the added data can only help further the understanding of heart issues and COVID-19 in athletes and noted a commonality in both studies, which was that the athletes were able to return to sports “without a single sudden death or adverse event.”

“The use of cardiac MRI, as universally employed by the Big Ten, will indeed detect some cases of myocardial involvement missed by symptom screening and more basic testing,” he wrote. “But the use of MRI as a screening tool comes at considerable financial cost, false positive testing, and appears not to detect athletes that fall into a high risk clinical category.”

Rink and Daniels said they understood the burdens and possible downsides to the MRIs, and said getting more data over time should give physicians a better idea of where to draw the line. In the meantime, Rink said that testing should become more manageable as more college athletes get vaccinated and COVID-19 cases decline.

NCAA Chief Medical Officer Dr. Brian Hainline, who was also part of the nationwide study of college athletes, issued a statement in response to the Big Ten study, noting that, “following formal review of the Big Ten data, updates to our cardiac guidance will be made if the experts agree that should be done. Importantly, the Big 10 data focuses on cardiac MRI results, and the science of understanding ‘abnormalities’ in cardiac imaging is in its infancy.”