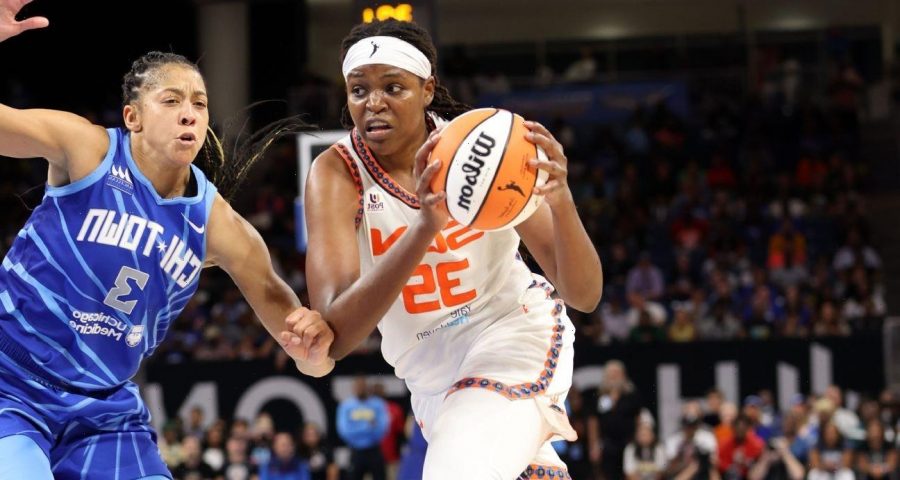 CHICAGO — No WNBA team has repeated as champion since the Los Angeles Sparks did it in 2001-02, and the No. 3 seed Connecticut Sun ensured that streak would be extended Thursday night, knocking off the No. 2 seed and defending champion Chicago Sky with a 72-63 victory in a winner-take-all Game 5 at Wintrust Arena.

Connecticut will take on the No. 1 seed Las Vegas Aces in the best-of-five WNBA Finals, with Game 1 Sunday at 3 p.m. ET on ABC.

The Sun, who competed in the semifinals for the fourth consecutive season and lead the WNBA with the most playoff victories without a title (35), advance to their first WNBA Finals since 2019, when they lost to the Washington Mystics in five games.

The Sky controlled most of the game, outscoring the Sun by 18 points across the second and third quarters, holding Connecticut to just eight points in the third and leading by as many as 11 with 7:20 left in the game.

But the Sun roared back, closing the game on an 18-0 run to shock the Sky and the Wintrust Arena crowd. Chicago went scoreless for the final 4:46 of the game.

The Sun’s 18-0 run is the longest to close out a WNBA playoff game in league history, according to ESPN Stats & Information research. The Sky were held to five points in the final frame, the fewest in the fourth quarter of a winner-take-all game in WNBA history and the second fewest in any playoff game.

Connecticut won despite committing 23 turnovers, the most by a team in a WNBA playoff win.