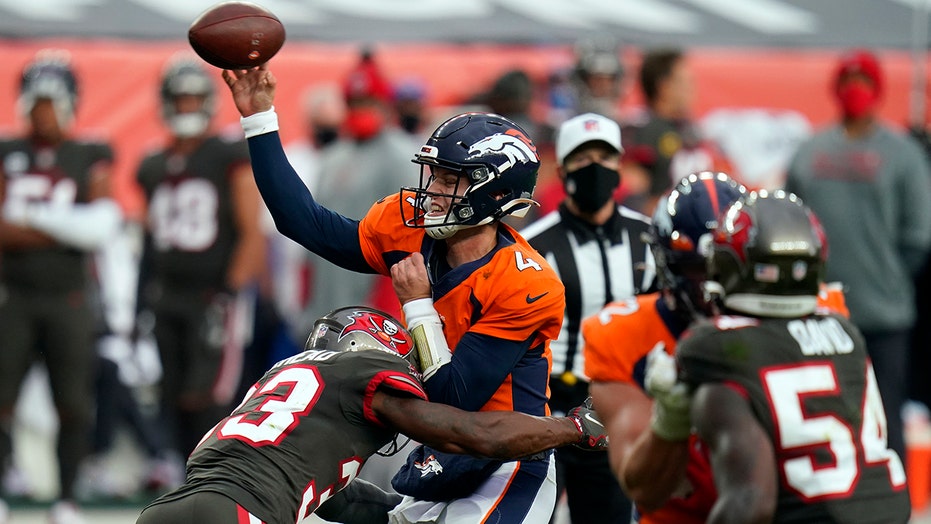 Brett Rypien will be making his first career NFL start when his Denver Broncos take on the New York Jets on Thursday night.

It will be the third different quarterback the Broncos have used to start a game this season after Drew Lock went down with an injury and Jeff Driskel underperformed against the Tampa Bay Buccaneers.

Playing quarterback runs in the Rypien family and he will have to turn those genes into overdrive when it comes to game time.

Rypien is the nephew of former Washington Football Team quarterback Mark Rypien, who led the team to a Super Bowl XXVI victory over the Buffalo Bills during the 1991 season.

Mark Rypien played for Washington from 1988 to 1993. He then played for the Cleveland Browns, St. Louis Rams, Philadelphia Eagles, and Indianapolis Colts.

Brett Rypien was 8-for-9 with 53 passing yards and an interception in the Broncos’ 28-10 loss to the Buccaneers in Week 3. Denver coach Vic Fangio said he saw enough out of Rypien to give him the start on a short turnaround.

“We’ve had a year and two training camps with Brett, and we think he deserves a chance to see what he can do here as the starter. Other than the last throw on Sunday—which was a bad throw and a bad read—he played pretty good in there, so we want to see if that can continue,” Fangio said Tuesday.

Denver signed Blake Bortles last week but Fangio has wanted to ease him into the offense.