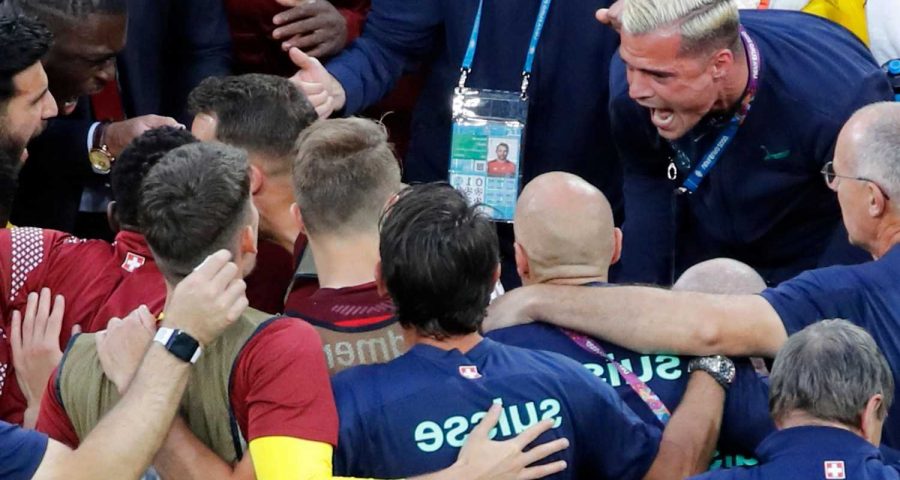 GRANIT XHAKA put on a passionate display as he led Switzerland's extra-time team talk against Spain… despite being SUSPENDED.

The Arsenal star was left on the sidelines for Friday's quarter-final penalty shootout defeat after receiving one booking too many in the last 16 win over France. 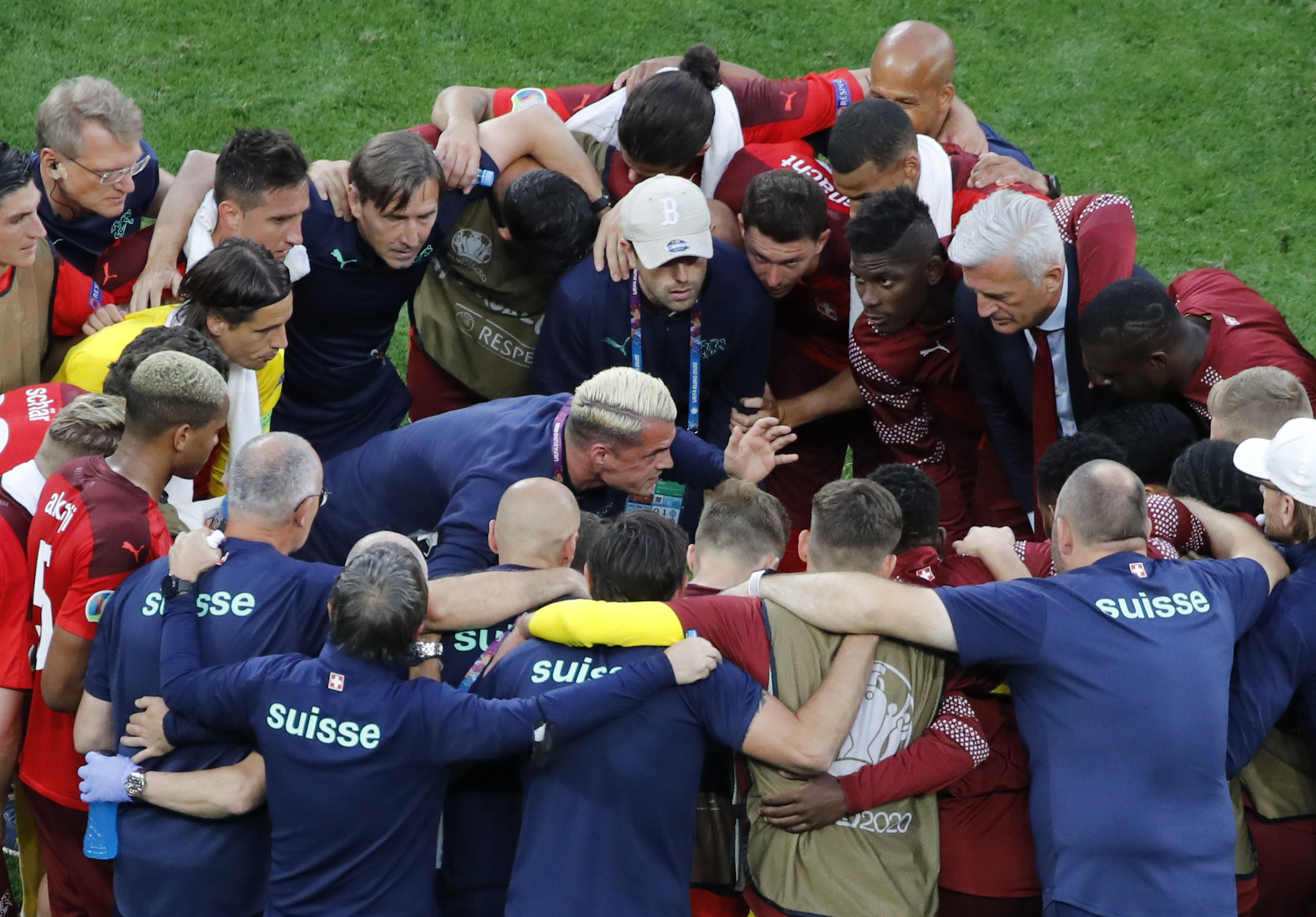 Switzerland went behind against Spain but a second-half leveller sent the match to extra time.

And at the half-way break during the added 30 minutes, Xhaka gathered his Swiss teammates round for a group huddle.

Cameras picked up the Roma transfer target giving an inspired speech to his fired-up pals, with the passion clear to see on his face.

Whatever Xhaka said clearly got the Swiss going as they ended the huddle with a huge roar before giving their suspended teammate a huge pat on the chest.

Viewers were clearly impressed as they took to Twitter praising the Gunners star.

One beamed: "Granit Xhaka even leading the team off the pitch!"

Another wrote: "Xhaka will be an elite manager."

One tweeted: "Xhaka increasing his value even though he's not playing."

Another added: "Xhaka is a better coach than the one at his club."

Unfortunately for Xhaka, he could only watch as Switzerland missed three consecutive penalties in the shootout to miss out on the semis.

But the midfield star can now look forward to his impending Roma transfer.

Jose Mourinho is eager to sign Xhaka from Arsenal, and a deal reportedly worth £15million is in the works.