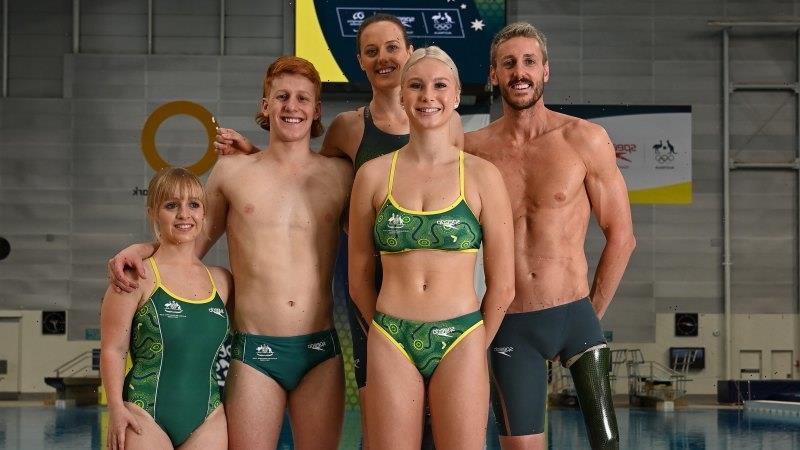 Australia’s Olympic swimming hopefuls won’t have to take their second shot of the Pfizer vaccine until after Tokyo trials next month following concerns it may impact their performance at the cut-throat meet in Adelaide.

The Australian Olympic Committee (AOC) confirmed the news on Thursday after the Dolphins launched their Speedo race suits for the Tokyo Games at Sydney Olympic Park Aquatic Centre at Homebush. 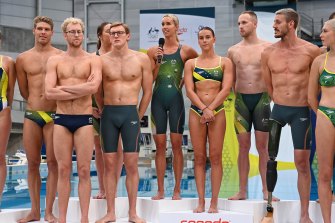 News of a delayed vaccine dose was welcome news for Australia’s leading swimmers as they unveiled the Speedo race suits on Thursday.Credit:Nick Moir

It is welcome news for the athletes and Swimming Australia, who had requested some flexibility in the vaccine delivery. Athletes began getting their first doses around the country this week, with the second shot to be administered from the end of the month.

That would have put it perilously close to the June 12 trials in Adelaide, with concerns about the potential after-effects of that dose just before vying for Olympic positions. Any illness associated with the vaccine could curtail their chances of posting one of Swimming Australia’s demanding qualifying times.

Athletes will now get their second shot in Adelaide after the trials before they regroup and head to Cairns for a training camp and competition in Tokyo.

Australia’s chef de mission Ian Chesterman said as soon as the AOC realised it would be safe and feasible to hold off on the second dose arrangements were put into place.

‘It’s really good they’ve got the flexibility to push it back a week. It helps a lot.’

“Swimming Australia requested to go after their trials, which makes perfect sense. It checked out medically and worked out logistically so we were pleased to accommodate their request,” Chesterman said.

“Swimming is all together so it works logistically, that’s why we have worked out of hubs, you can’t do things in small numbers. It makes it all doable. Once we found out we could do it, we were more than happy to accommodate.

“The whole reason we are getting vaccines is so the athletes can go and represent Australia at the Olympic Games. If it puts an impediment in the way, why would you do it?”

Breaststroker Matt Wilson, a former world record holder and 200m silver medallist at the 2019 FINA World Championships, told the Herald being able to have the vaccine after trials was a welcome relief. 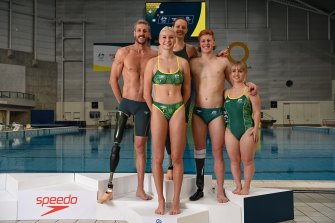 “They’ve allowed us to have it after … and it’s really good they’ve got the flexibility to push it back a week. It helps a lot,” Wilson said.

“From what I’ve heard the second jab has got more of a sick feeling afterwards. We’ll get it after trials so we’re not feeling sore and like crap.”

Once the athletes were cleared to get their shots ahead of Tokyo, the planning began and it was soon apparent that certain spots may need some flexibility in the delivery, which has been funded and handled by the AOC and one of its private medical partners.

The second shot of the Pfizer vaccine is reported to have the chance of more severe side effects than the first and the swimmers were reluctant to take the risk of undermining performances as they try to make the cut for the Olympic team.

While other nations require a more lenient FINA A qualifying time, Australia sets a high mark and needs swimmers to be among the top eight fastest times at the most recent world championships.

That leaves little room for error and a few days laid out with flu-like symptoms from the vaccine could have been the difference between securing a boarding pass for Tokyo or watching from the couch.