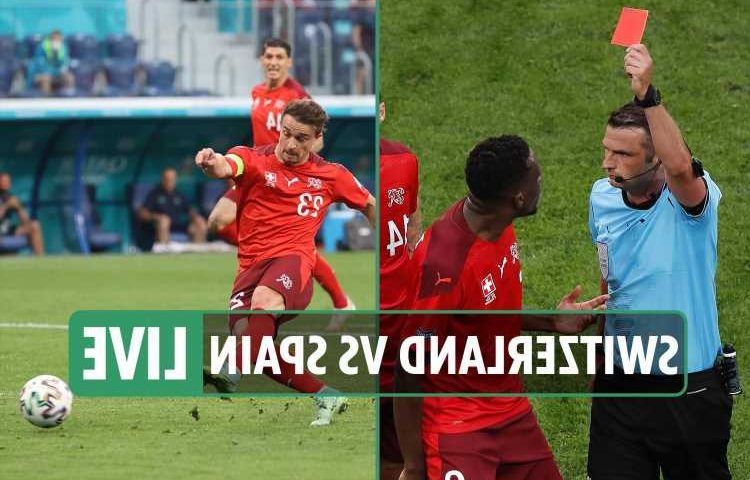 SWITZERLAND have taken Spain to extra-time in St Petersburg after a late equaliser from Xherdan Shaqiri.

But they face an uphill task in the additional 30 minutes, playing with ten men after Remo Freuler was shown a straight red card.