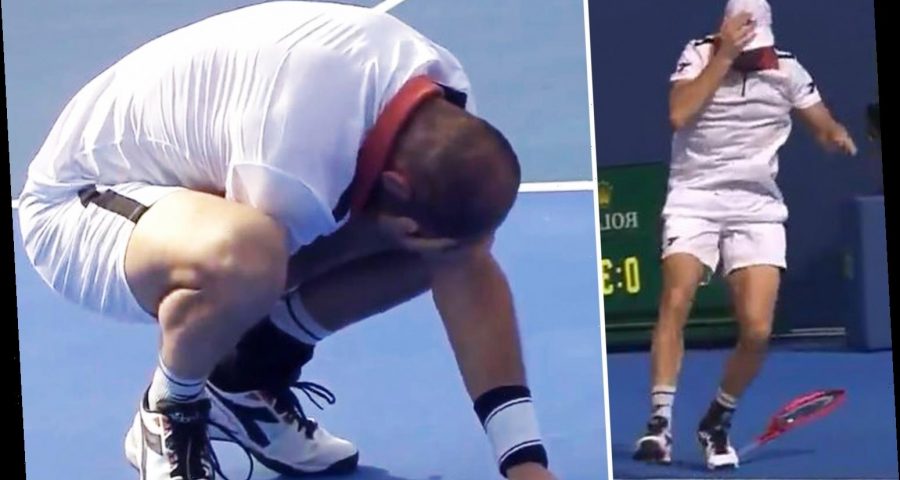 A GERMAN tennis player accidentally flung his racket into his own face and was forced to quit the match after a temporary loss of sight.

Tim Puetz, 33, was playing alongside Danish partner Freddie Nielsen against top seeds Juan Sebastian Cabal and Robert Farah at the Qatar Open in Doha on Wednesday. 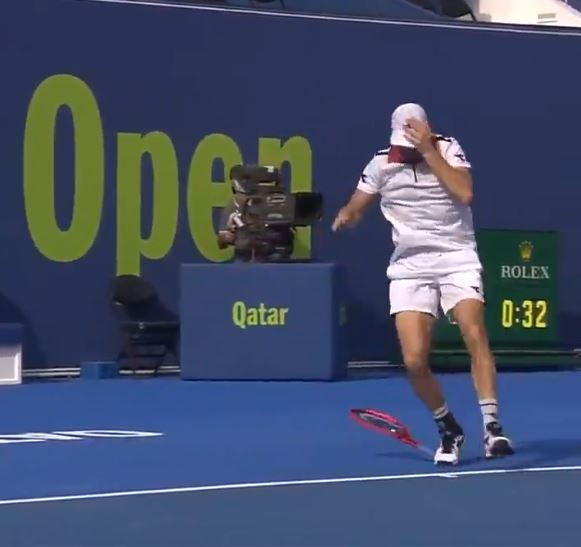 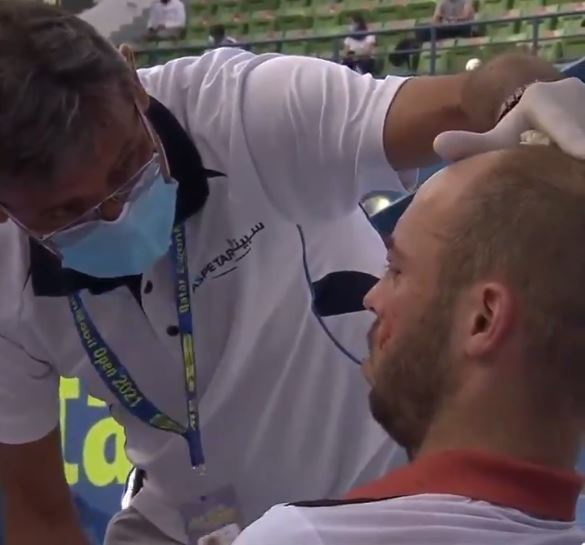 Receiving on the deuce side having just lost the opening set, Puetz tried to return a big serve down the T.

The world No57 doubles player managed to get his racket to the ball but could only mishit it.

And in doing so, he managed to lose grip of the handle as the racket bounced on the court and up into his eye in a freak incident.

Puetz, whose only pro singles tennis win came at Wimbledon in 2014, was in immediate pain and crouched down holding his face.

Clearly struggling, he stayed down while Nielsen carried his racket to his bag and Cabal grabbed a chair for him to sit on.

Chair umpire Mohamed Lahyani ran over with a bag of ice to help reduce the swelling before a medic came on to check on the player.

"Freddie I can see pretty well when I'm stationary. But if I look around, I can't see very well."

Still holding the ice to his face, Puetz was able to fist-bump the Colombian world No1 pairing as he retired from the match.

Farah said in his on-court interview: "I feel very sorry for Tim.

"It's something none of us want, to get hit in the eye, and I really hope he recovers really well." 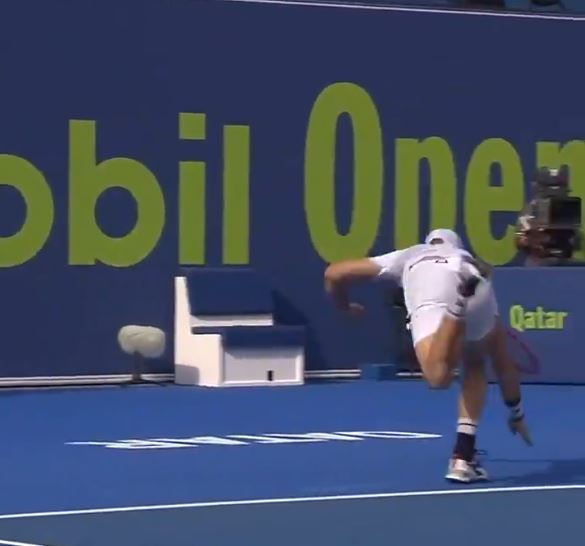 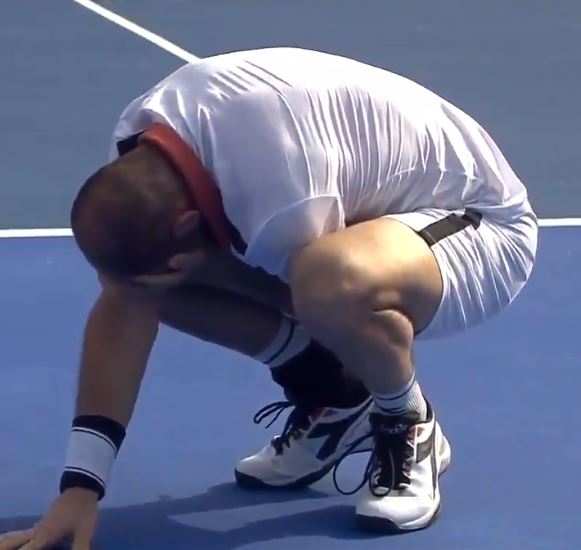 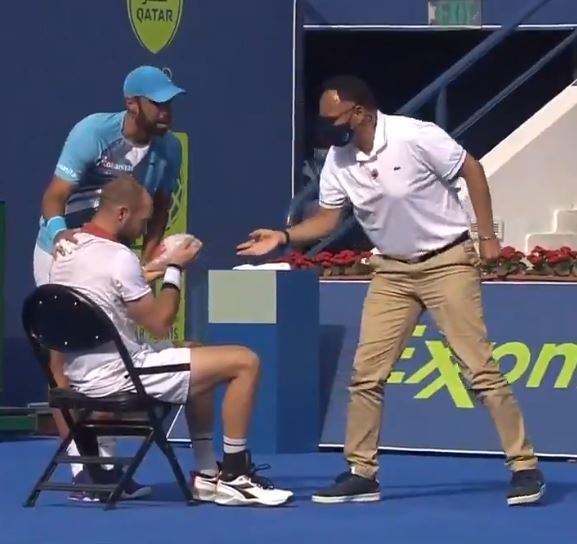