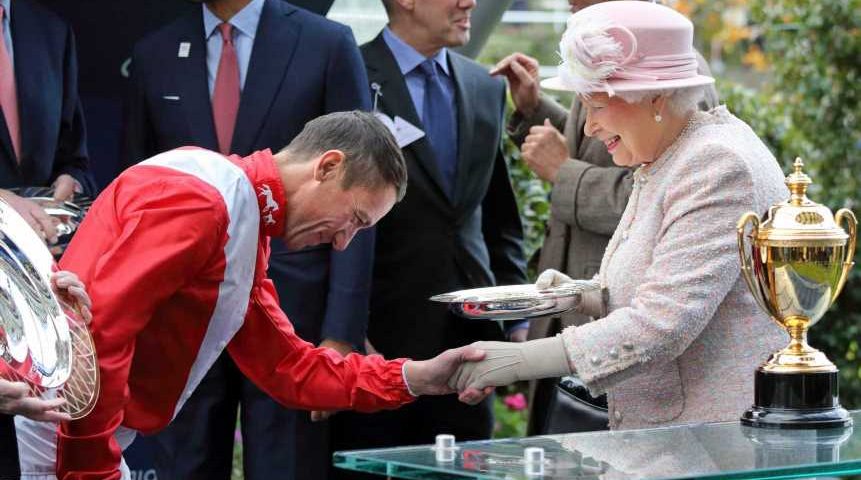 FRANKIE DETTORI has paid special tribute to The Queen – and said it was the 'honour of a lifetime' to ride her horses.

The world is mourning the loss of Her Majesty after she passed away peacefully yesterday aged 96. 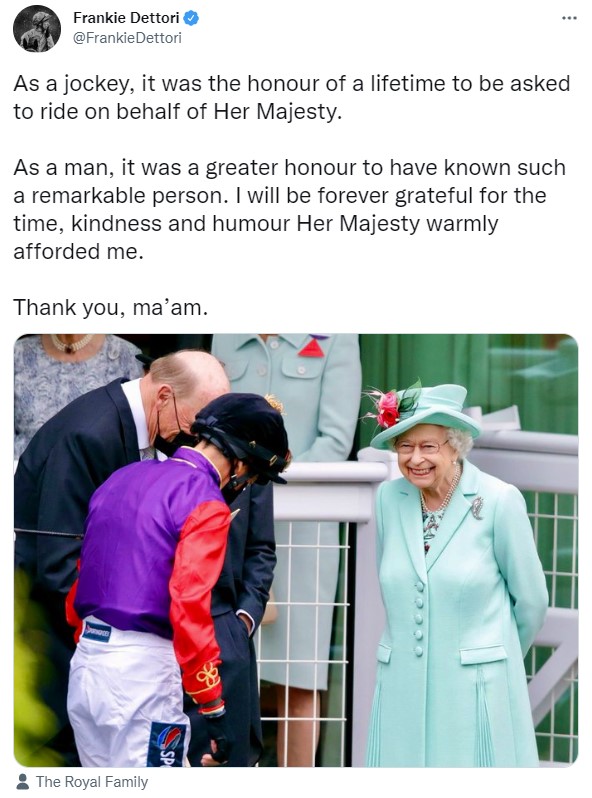 Racing's biggest supporter, The Queen was a regular at her favourite racecourse Epsom and, of course, Royal Ascot.

It was at the Berkshire track earlier this summer that Dettori, 51, rode her horse Reach For The Moon.

But their friendship is perhaps best remembered for Dettori collecting the Gold Cup from Her Majesty during Ascot week.

Recalling their special bond, Dettori, who rode a Royal winner for The Queen with Phantom Gold in the Ribblesdale in 1995, paid tribute to The Queen on Twitter.

Read More on The Queen’s Death 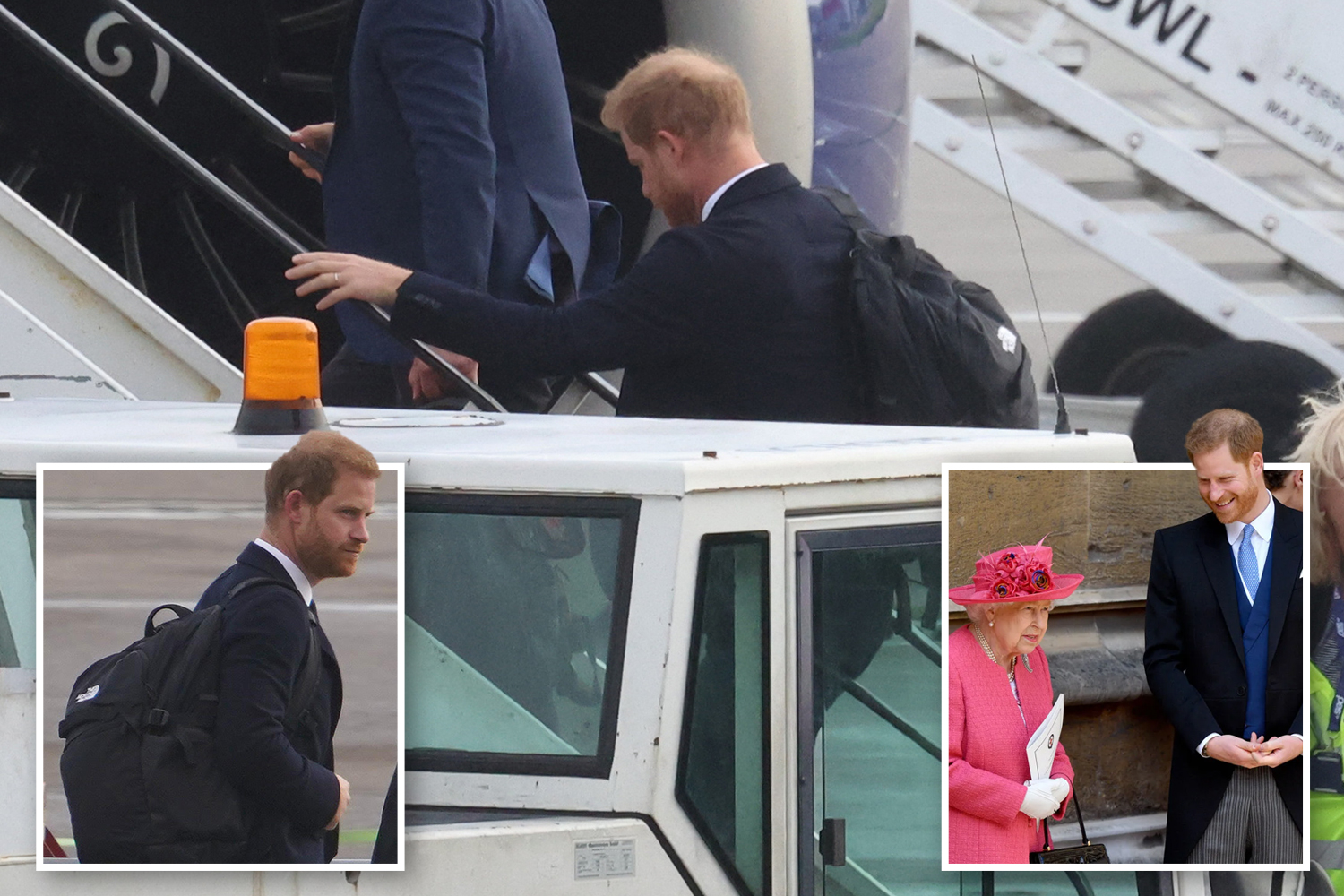 He wrote: "As a jockey, it was the honour of a lifetime to be asked to ride on behalf of Her Majesty.

"As a man, it was a greater honour to have known such a remarkable person.

"I will be forever grateful for the time, kindness and humour Her Majesty warmly afforded me.

Dettori had previously said that racing in The Queen's iconic silks was 'the ultimate'.

He said: "I was privileged to ride Phantom Gold in the Ribblesdale that I won for her, that was great.

"She loved racing so much. It was in her blood, a tradition, and you can't get any bigger than that."

The Queen had horses with several top trainers, among them John Gosden, Andrew Balding, William Haggas and Sir Michael Stoute.

Day three of the St Leger Festival at Doncaster has been cancelled on Friday as the world mourns Her Majesty's passing.

Figures from across sport have come together to pay tribute to her life and legacy.

A decision on whether Saturday's St Leger will go ahead is expected later today.