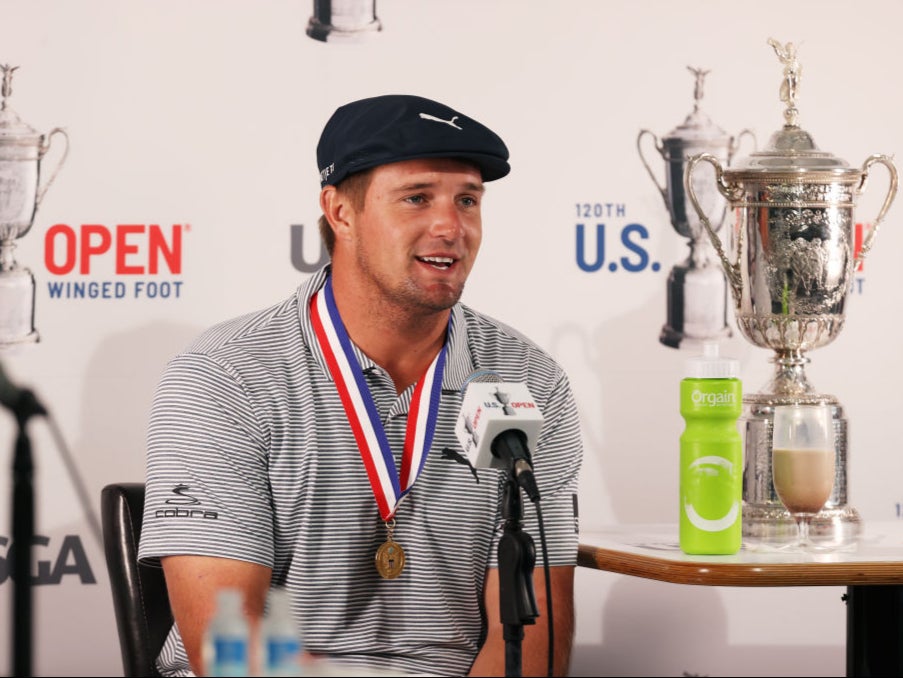 Bryson DeChambeau is a firm favourite at Augusta

Who will win The Masters this year? Here are our top picks heading into the tournament:

Bryson DeChambeau: The obvious favourite heading into the tournament, whose length can remove so much difficulty, while his putting is formidable and often under-celebrated.

Xander Schauffele: A runner-up last year, who has finished in the top-five in half of his appearances at the majors. One of the game’s brightest talents, for whom a first major feels a case of when rather than if.

Brooks Koepka (12/1): His odds have shortened dramatically over the weekend, after a brilliant finish at the Houston Open. He has struggled with injury, but his reputation for rising to the occasion at majors is indisputable, and it would be foolish to rule him out.

Tyrrell Hatton (22/1): Englishman has been in tremendous form recently, winning the BMW PGA, and certainly has the mentality for the majors. He will have to overcome an unspectacular record at Augusta, though, in his three appearances thus far.

Patrick Reed (22/1): Impressed at the recent Zozo Championship and crucially has the experience of having already won at Augusta. Has struggled with his swing at times, but is one of the most deadly players from inside 100 yards.

Bubba Watson: The enigmatic American treats Augusta as a second home, having won the Green Jacket twice already, and is slowly recapturing the form which made him such a unique threat almost a decade ago. He comes into the tournament off the back of two top-10 finishes.

Scottie Scheffler (40/1): A prodigious amateur, Scheffler has made a fantastic breakthrough on the PGA Tour and has all the distinguishing qualities of the modern player. A tied-fourth finish at the PGA Championship proved his credentials.

Louis Oosthuizen (50/1): A second placed finish at Winged Foot surprised many, with the South African enjoying something of a purple patch. Has finished inside the top 30 at Augusta in five of the last six years, as well as a second place finish in 2012.

Odds in full for top-40 contenders

Read more: When does The Masters start UK time and how can I watch it?

Round one tee times (GMT)