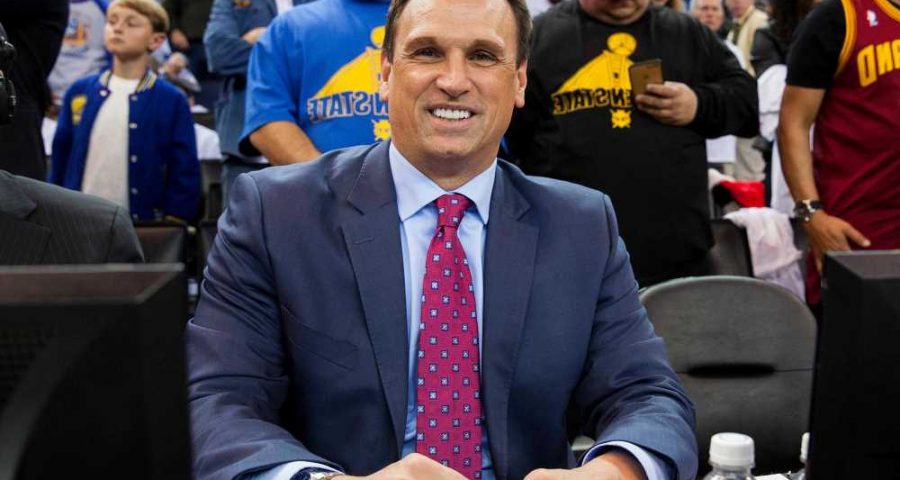 Chris Webber could be out at TNT after March Madness frustration

The NFL forgot why everyone was tuning in for the draft

Jets are the worldwide leader in producing ESPN analysts

Tim Legler just signed a three-year contract that will extend his run as an ESPN NBA analyst to 23 years. Even nearly a quarter century in, after surviving countless new bosses and layoffs, Legler is a little underappreciated.

There is no one talking about the NBA on television that teaches the game better than Legler. He is a man who meticulously prepares, but owes his career, in his words, to “divine intervention.”

More than two decades ago, when his knee gave way at 33 and his marriage blew out too, the divorced dad with two young kids wanted to start a career, but be a present dad. Out of the blue, he got a call from then ESPN writer Ric Bucher asking if Legler wanted to try TV. He auditioned and got the job.

When he started, his daughter Lauren was in kindergarten. Today, she teaches second grade in south Jersey. His son, Ryan, was 2. He just graduated from Rowan and already has a job with Aon Insurance.

Now, even with the new ESPN deal, Legler may be on the move again. He has come pretty close to becoming a college coach twice before, interviewing with LaSalle, his alma mater, and Duquesne. After gearing his career around being a father first, his adult kids have a message for him.

He coached both his children’s AAU teams, even at one point — in something out of a sitcom — teaming up with his ex-wife Jennifer to lead one. Through it all, ESPN has allowed him to be a dad and coach. He was on the top NBA pregame show around 13 years ago with the late John Saunders, Stephen A. Smith and Greg Anthony, but he has mostly been a “SportsCenter” guy.

Things change a lot at ESPN — especially on the NBA — but Legler remains consistent.  Behind the scenes, “SportsCenter” anchors rave about Legler.

“He makes anyone who is watching smarter whether you are someone like me, who grew up playing the game and thinks that he knows it, or someone that is more of a casual observer,” said Scott Van Pelt, who has Legler on as a regular on his marquee late night “SportsCenter.”

After his NBA career ended, Legler earned his MBA from Penn with plans to become an executive and maybe start a company.

“I was kind of stressed about going into the white collar world and what the impact would be on my ability to be a dad,” Legler said.

Instead, the ESPN opportunity came along. He went five years without a relationship, focusing on his kids and broadcasting before meeting his wife of now 14 years, Christina.

Today, he is 54 and, besides ESPN, has added NBA shows on SiriusXM. Still, he has his eyes on coaching. Van Pelt is a believer. He thinks it is more “when” than “if” coach Legler will be a coach.

Legler added, “Hopefully, that opportunity comes. I think if I go my whole life and don’t get an opportunity to run and coach a Division I college program, I think down the road I’ll regret it because it is the one thing in basketball that is still there for me.

“Now, look, if it doesn’t happen, I absolutely love what I do now for a living.”