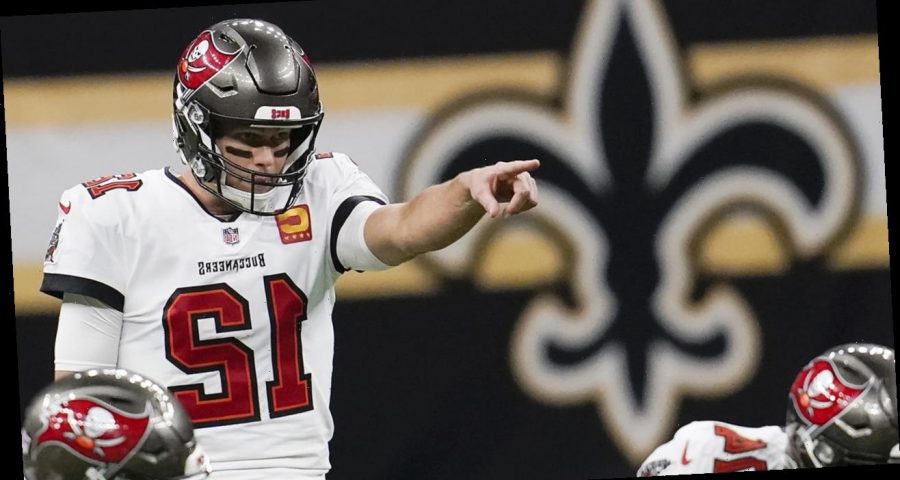 Tom Brady had three touchdowns and the Tampa Bay Buccaneers forced four turnovers to beat the New Orleans Saints on Sunday night, 30-20, and advance to the NFC Championship.

Tampa Bay pulled off a 10-point swing in the fourth quarter, which proved to be the difference in the game.

A Ryan Succop 36-yard field goal gave the Buccaneers a three-point advantage with about 10 minutes remaining in the game.

Drew Brees would have to lead the Saints down the field for the win or at least the tie. However, on the fifth play of the ensuing drive Brees threw an interception to linebacker Devin White. It was White’s second takeaway of the game as he already had a fumble recovery to his name earlier.

Tampa Bay would score on a Brady sneak to go up 10 points.

On the next drive, Brees would throw an interception to Mike Edwards and Tampa Bay would seal the game.

Brady finished 18-for-33 with 199 passing yards and two touchdown passes. He had the rushing touchdown as well.

Brees, in what is likely the final game of his career, was 19-for-34 with 134 yards and a touchdown pass. He threw three interceptions in the game. Jameis Winston had the other touchdown pass to Tre’Quan Smith on a trick play.

It will be the Buccaneers’ first appearance in the conference title game since the 2002 season when the Jon Gruden-led team won the Super Bowl. Tampa Bay will hit the road to face the Green Bay Packers at frigid Lambeau Field next weekend to determine who goes to Super Bowl LV.