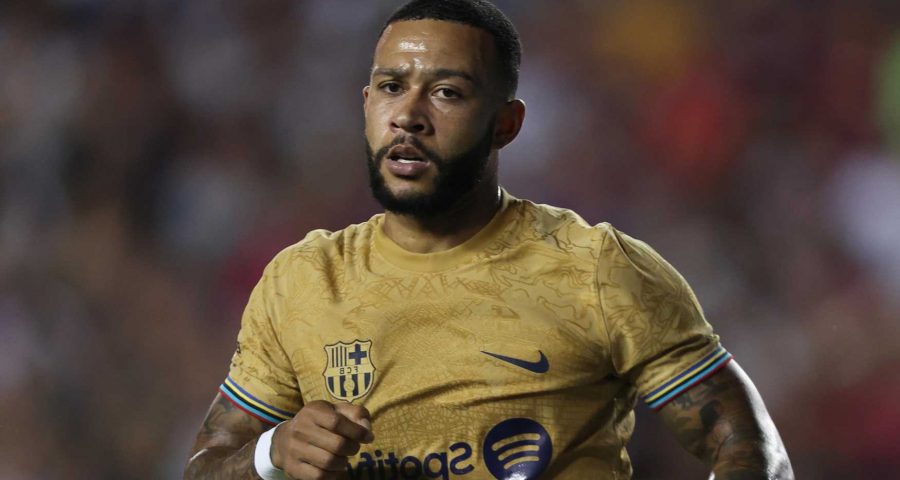 TOTTENHAM are to be offered Barcelona forward Memphis Depay in exchange for left-back Sergio Reguilon, according to reports.

Reguilon, 25, started 22 Premier League games for Spurs last season, but was in and out of the team following the arrival of Antonio Conte.

Spurs have cover at left-back with the likes of Matt Doherty, Ryan Sessegnon and newboy Ivan Perisic.

As a result, they may be intrigued by the latest reports of Barcelona's interest in Reguilon – who joined Tottenham in 2020.

According to Fichajes, the Catalan giants are keen to bring in a back-up to Jordi Alba as they are worried about his physical condition.

Reguilon has been identified as an option, but Barca are keen to make it a swap deal as they have already spent big this summer despite their apparent financial crisis.

And Memphis Depay is reportedly the player who will be offered up in a straight switch.

The former Manchester United and Lyon man is thought to be on his way out of the Nou Camp following the signings of Raphinha and Robert Lewandowski.

Depay, 28, is out of contract next summer and so Barca will be keen to try and get something in return before he leaves on a free.

That could well be Reguilon, although there is a long way to go before a swap deal is agreed between the two clubs.

Earlier this month, it was reported that Depay does not want to return to the Premier League.

Since then, he enjoyed five sensational seasons with Lyon where he scored 76 goals and provided 55 assists in 178 appearances.

And then in his first campaign with Barca, he netted 13 goals in 38 matches.