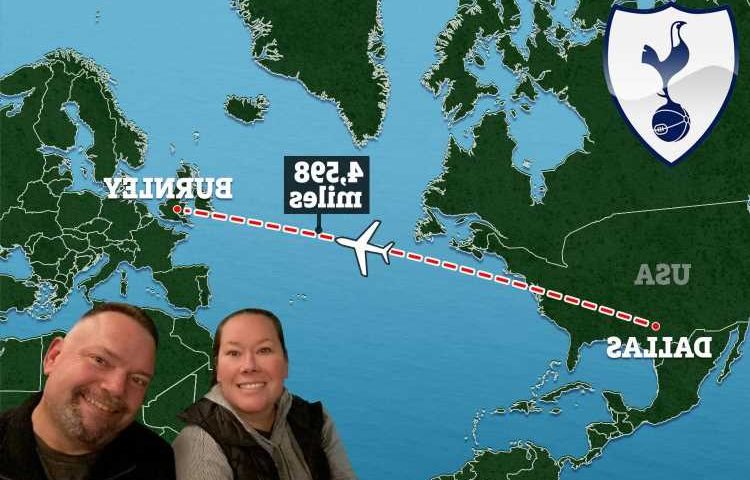 TWO TOTTENHAM fans have been left devastated after travelling all the way from DALLAS for this afternoon's scheduled clash against Burnley.

The pair will not be able to see their beloved Spurs in action after the game was postponed following heavy snowfall in Burnley. 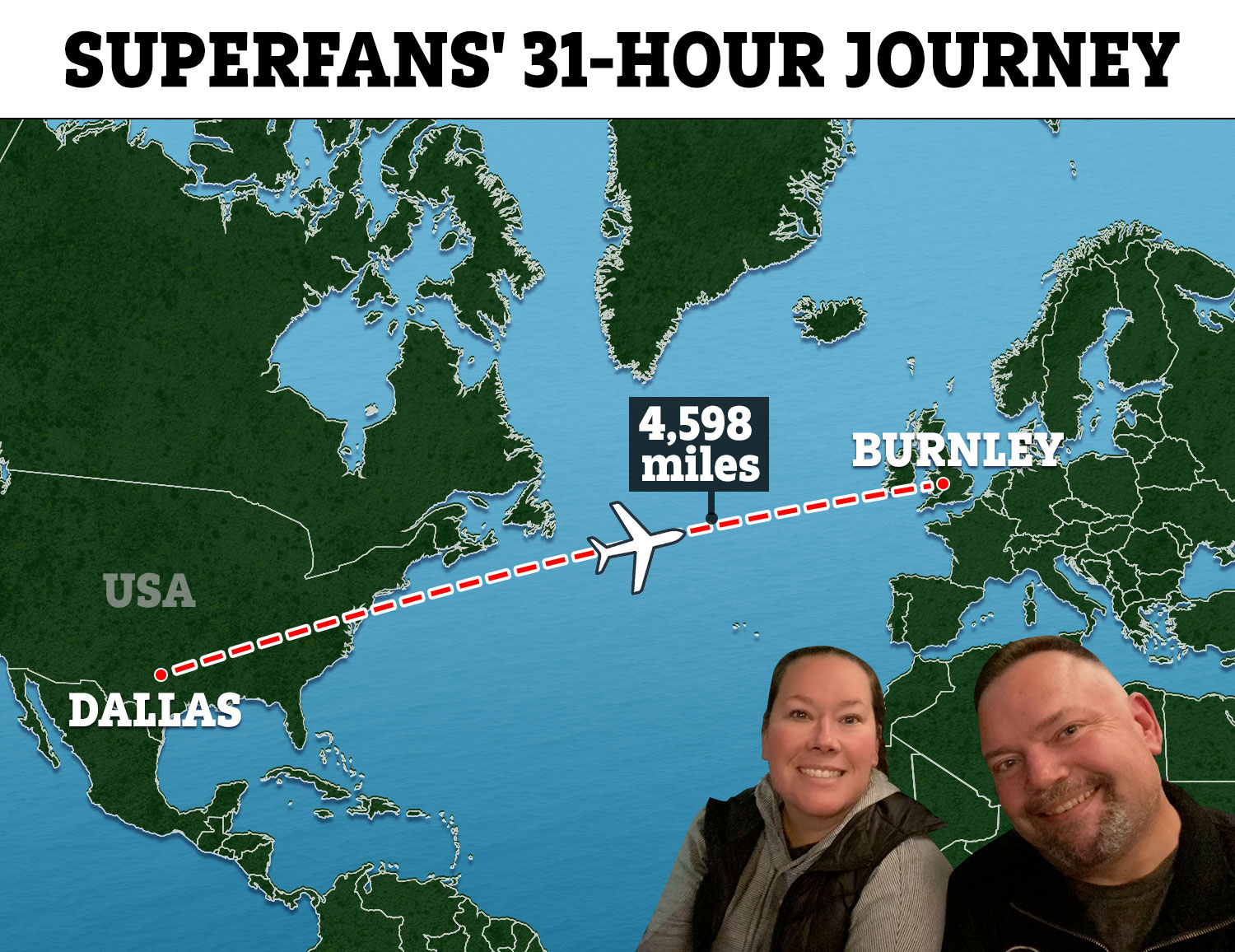 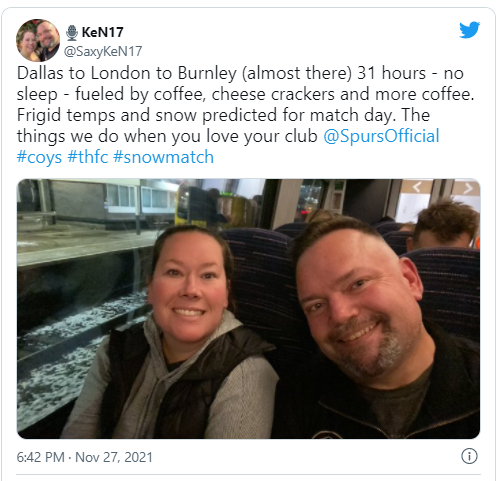 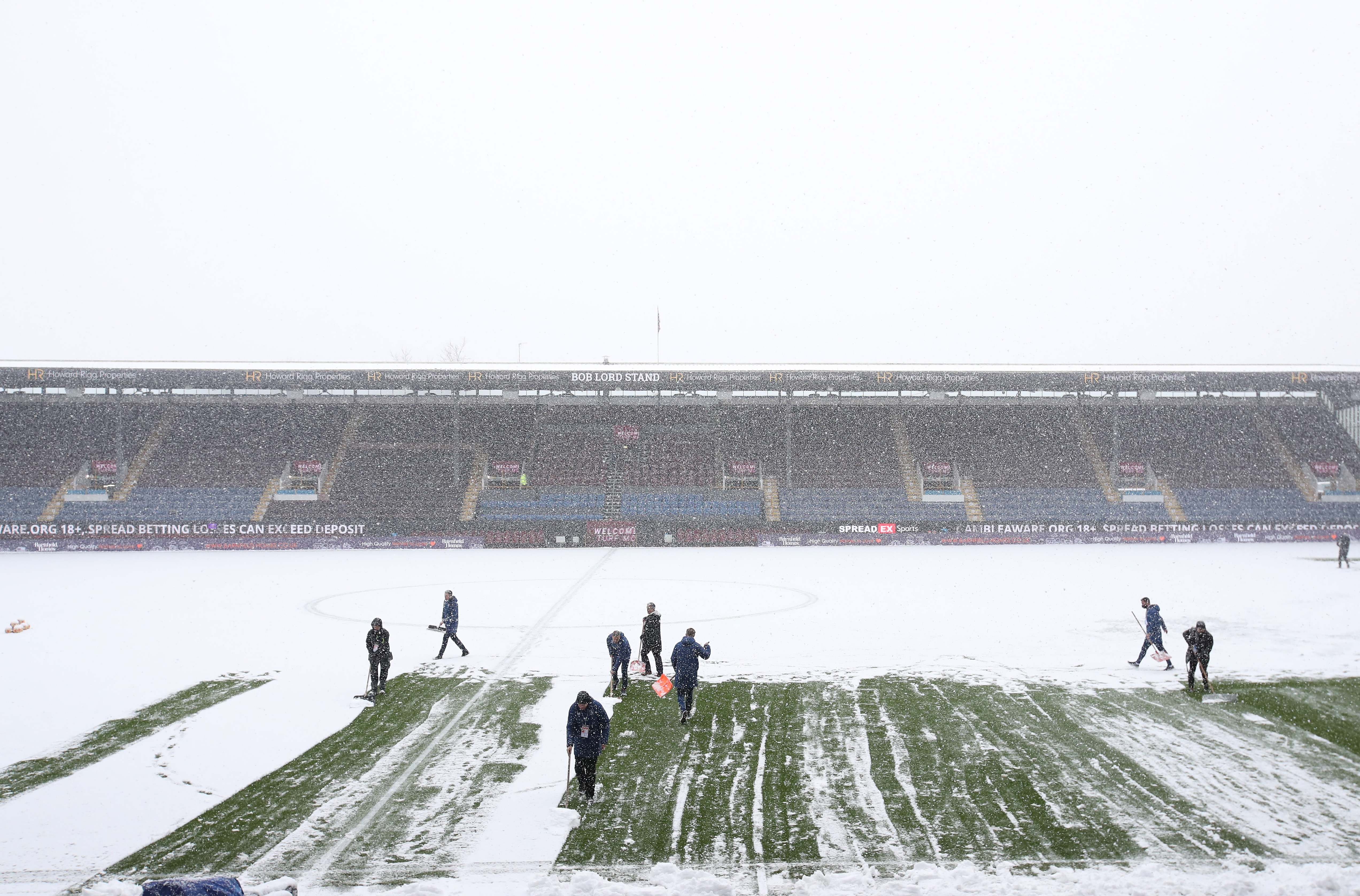 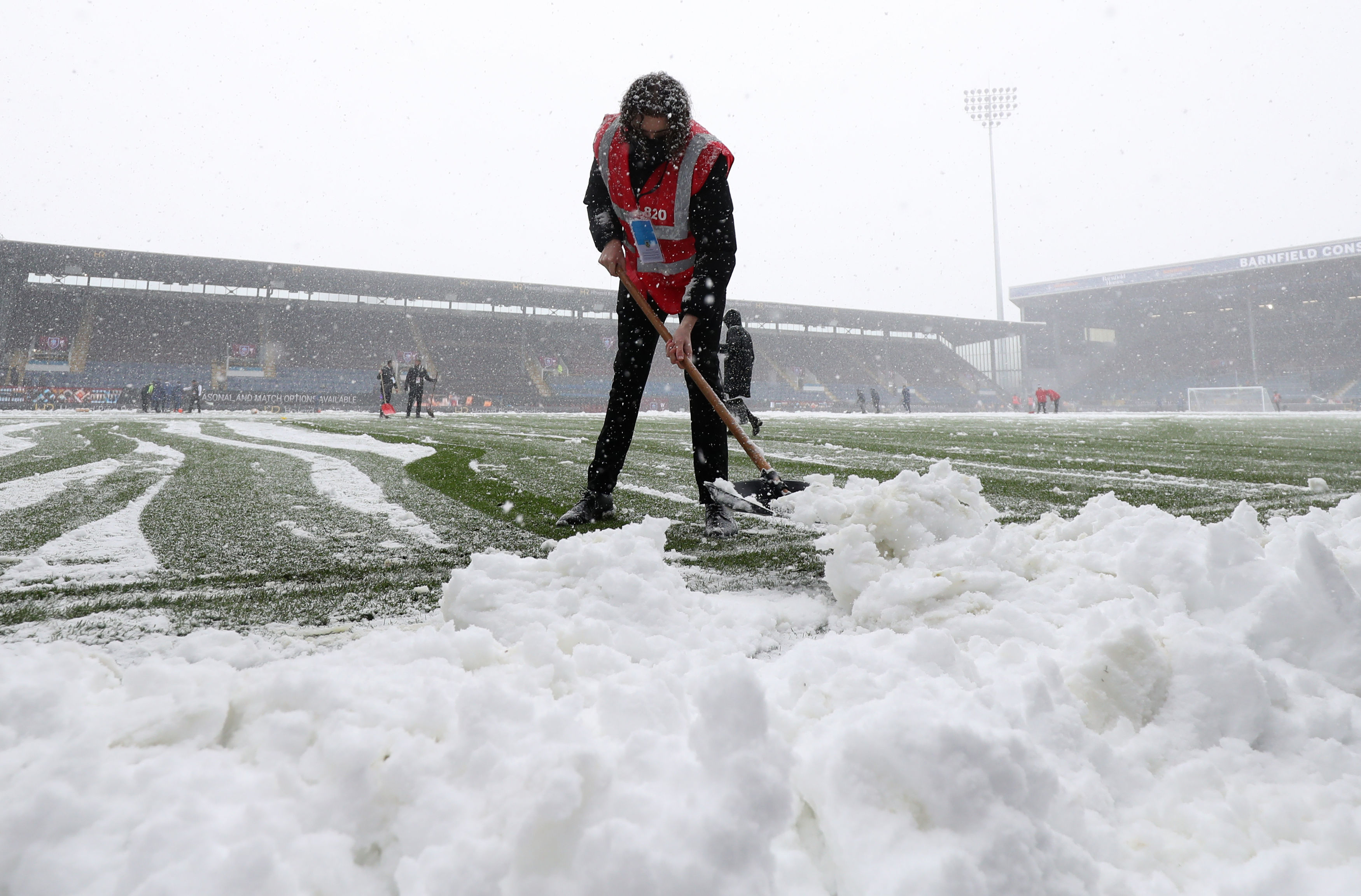 The decision wasn't made until less than an hour before kick off, with plenty of fans already inside Turf Moor ready for the off.

And these two Tottenham fans had made the trip to Lancashire on Saturday night, beginning their journey on the other side of the Atlantic.

It started off with the long flight from Dallas to London on Friday, before catching the train from the capital on Saturday.

And they were left crestfallen when referee Peter Bankes deemed conditions unsafe for the game to go ahead.

Sharing a selfie from the train journey north, they wrote: "Dallas to London to Burnley (almost there) 31 hours – no sleep – fuelled by coffee, cheese crackers and more coffee. Frigid temps and snow predicted for match day. The things we do when you love your club."

Most Spurs fans will be feeling sorry for themselves having to travel back to North London after making the trip north in vain, let alone America.

The States-based fans remained upbeat though and made sure the day didn't go to waste.

Writing on Twitter after the announcement that the game was off, they said: "Appreciate all the love but make no mistake.

"Hanging with some outstanding mates @vickijukes and others….THIS is what footballs all about #becausefootball #coys."

It's not yet clear when the game will be rescheduled to take place.

But with NINE fixtures already pencilled in for December, Premier League chiefs will find it hard to find a date for Spurs to play.

Antonio Conte and Co face a Christmas fixture pile-up across the festive period.

Speaking on his decision to postpone the game, Bankes said: "We asked the club officials to sweep the snow, they worked as hard as they possibly could, within about 10 minutes of clearing the snow was back on the field.

"We've done the ball roll, we've done everything we can, there was a lot of snow gathering on the football.

"And I think the best thing to do was call the game off, which we did do having spoken to both managers.

He went on to say: "We still had the issue of supporters coming into the stadium and hour and a half before which was unfortunate and obviously the snow has come down very heavy, very quickly.

"But both managers were in agreement that it wouldn't be good for the spectacle or the supporters.

"The players would probably have difficulty in this weather and the best decision is to call the game off."