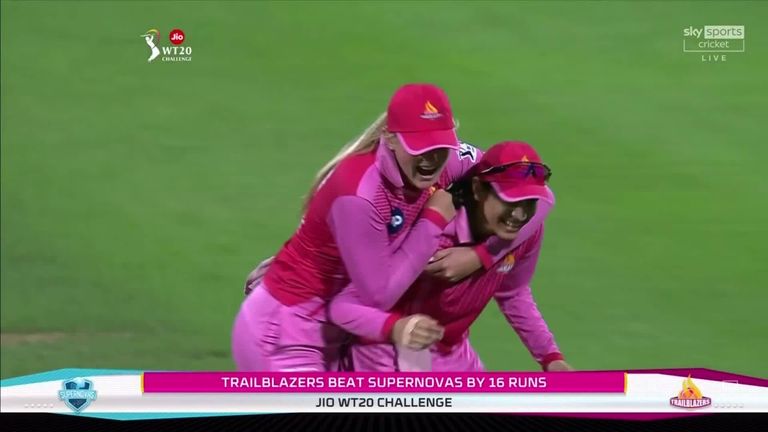 Captain Smriti Mandhana scored a superb 68 from 49 balls as the Trailblazers made a strong start but a dramatic collapse of 7-48 late in the innings saw them finish on 118-8, having been 71-0 after 11 overs, with left-arm spinner Radha Yadav (5-16) claiming the tournament’s first five-wicket haul.

Sophie Ecclestone (1-26) made the early breakthrough the Trailblazers needed defending such a low total, trapping the dangerous Chamari Athapaththu lbw in her first over and the Supernovas failed to gather any real momentum throughout the innings on a slow pitch in Sharjah.

Supernovas skipper Harmanpreet Kaur tried to hold the innings but was struggling with an injury and when she was bowled by Selma Khatun (3-18) in the 19th over, the Trailblazers were on the brink. 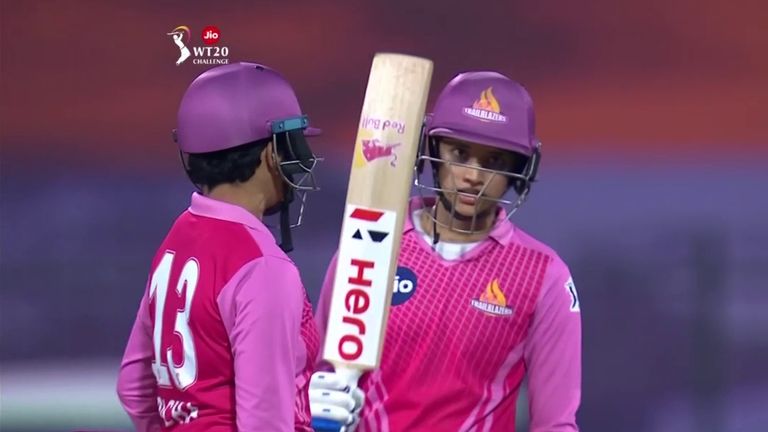 Ecclestone rounded out the game with a solid final over, denying the two-time champions a third trophy on the spin and leaving the Trailblazers to celebrate.