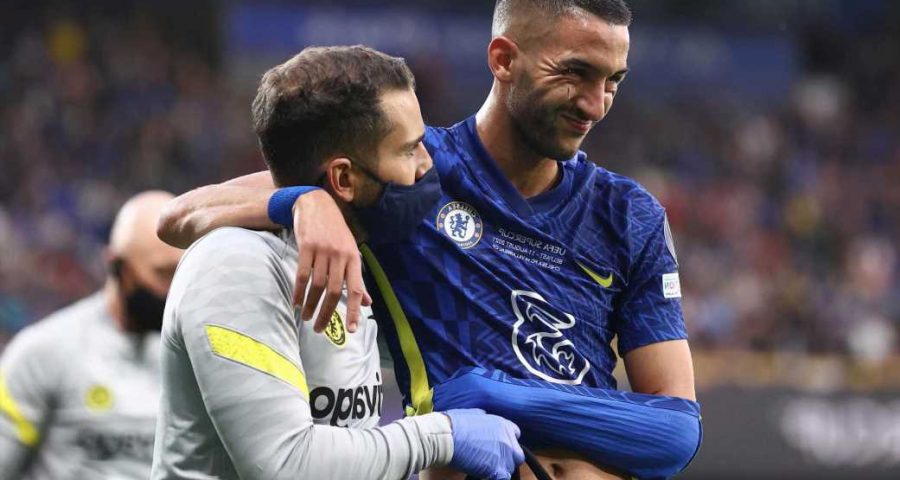 THOMAS TUCHEL has confirmed that Hakim Ziyech's shoulder injury could be 'serious' for Chelsea.

The winger was taken off during the first-half of Wednesday's Uefa Super Cup win over Villarreal, having scored the opener. 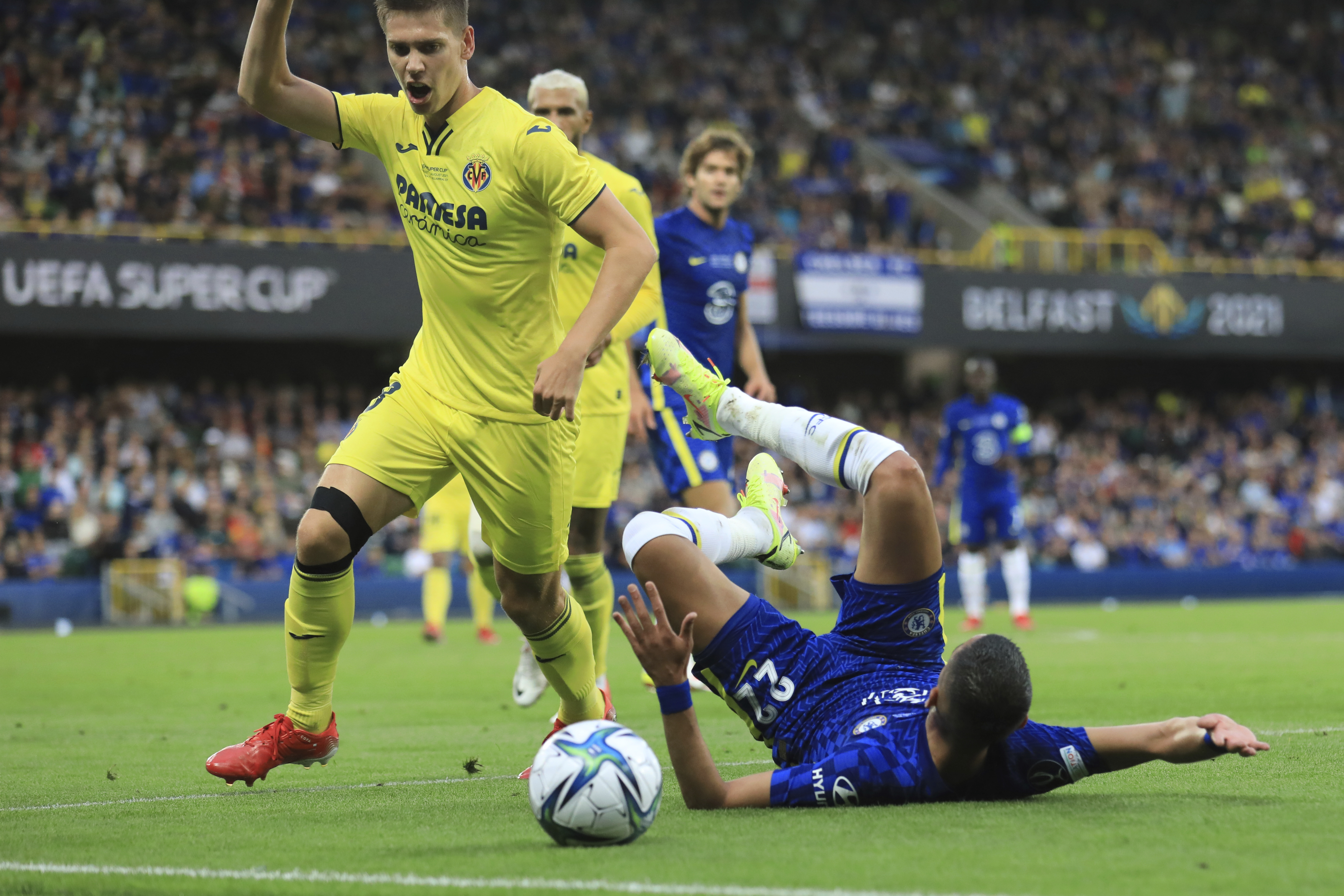 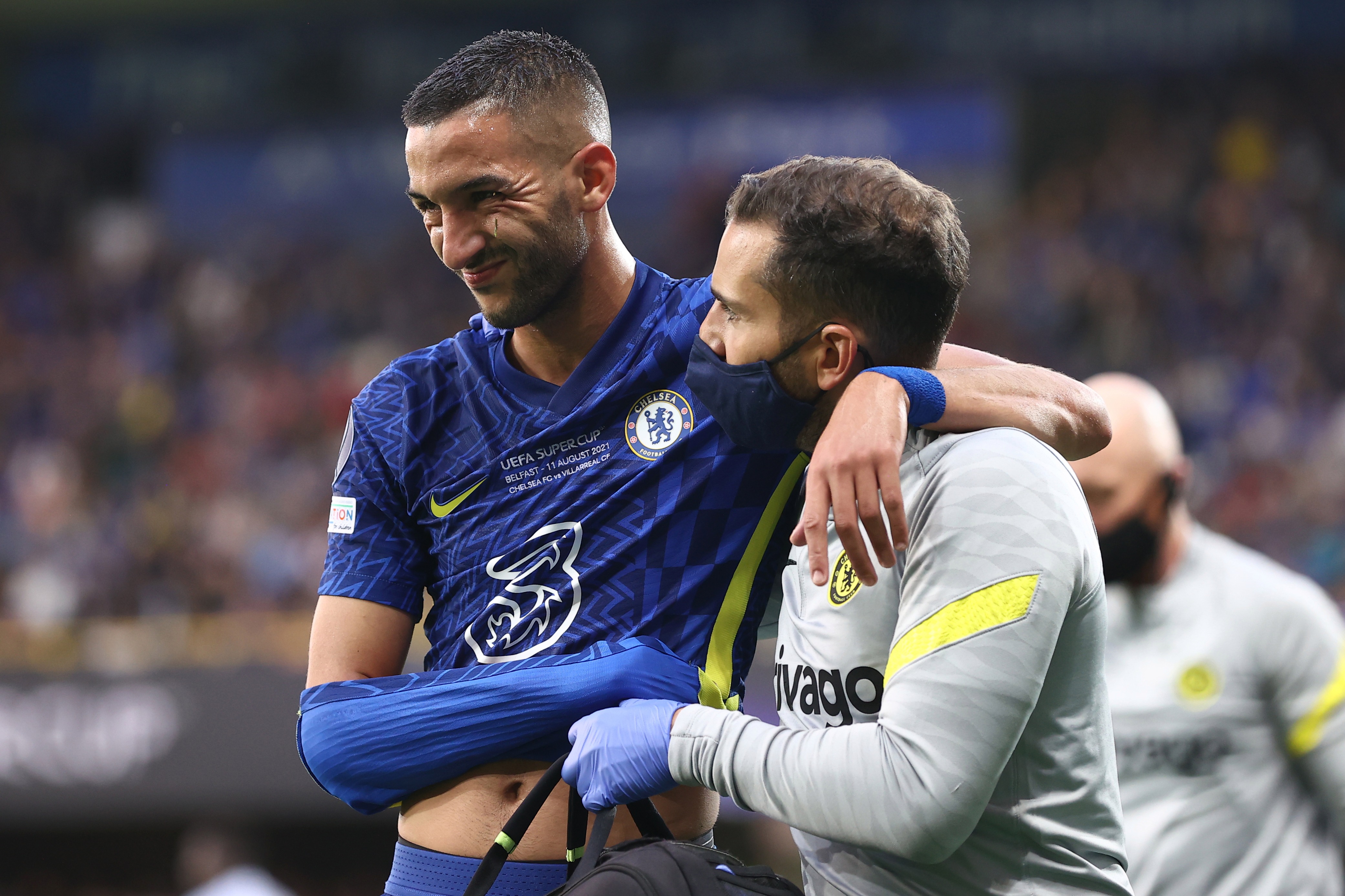 After the game, Tuchel provided an update on Ziyech's condition.

He told BT Sport: "If you take a player out during the first-half it is serious.

"[It's] unfortunate, because he has been a decisive player in recent games."

Ziyech started in Belfast having hit two goals in pre-season, leading to hopes of a strong campaign off the back of a quiet debut year in West London.

And the 28-year-old continued his good form with a well-taken opener on 27 minutes against Villarreal.

But he was forced off before the break after an innocent tangle with Juan Foyth saw him tumble on the Windsor Park surface.

Chelsea physios gave Ziyech what appeared to be an oxygen device to deal with the painful blow.

The player was able to walk off and watched the rest of the game from the stands with a sling around his right arm.

Following the Blues' 6-5 penalty shootout triumph, he took part in the celebrations albeit in somewhat muted fashion.

Tuchel may not have Ziyech back for Chelsea's Premier League opener at home to Crystal Palace on Saturday. 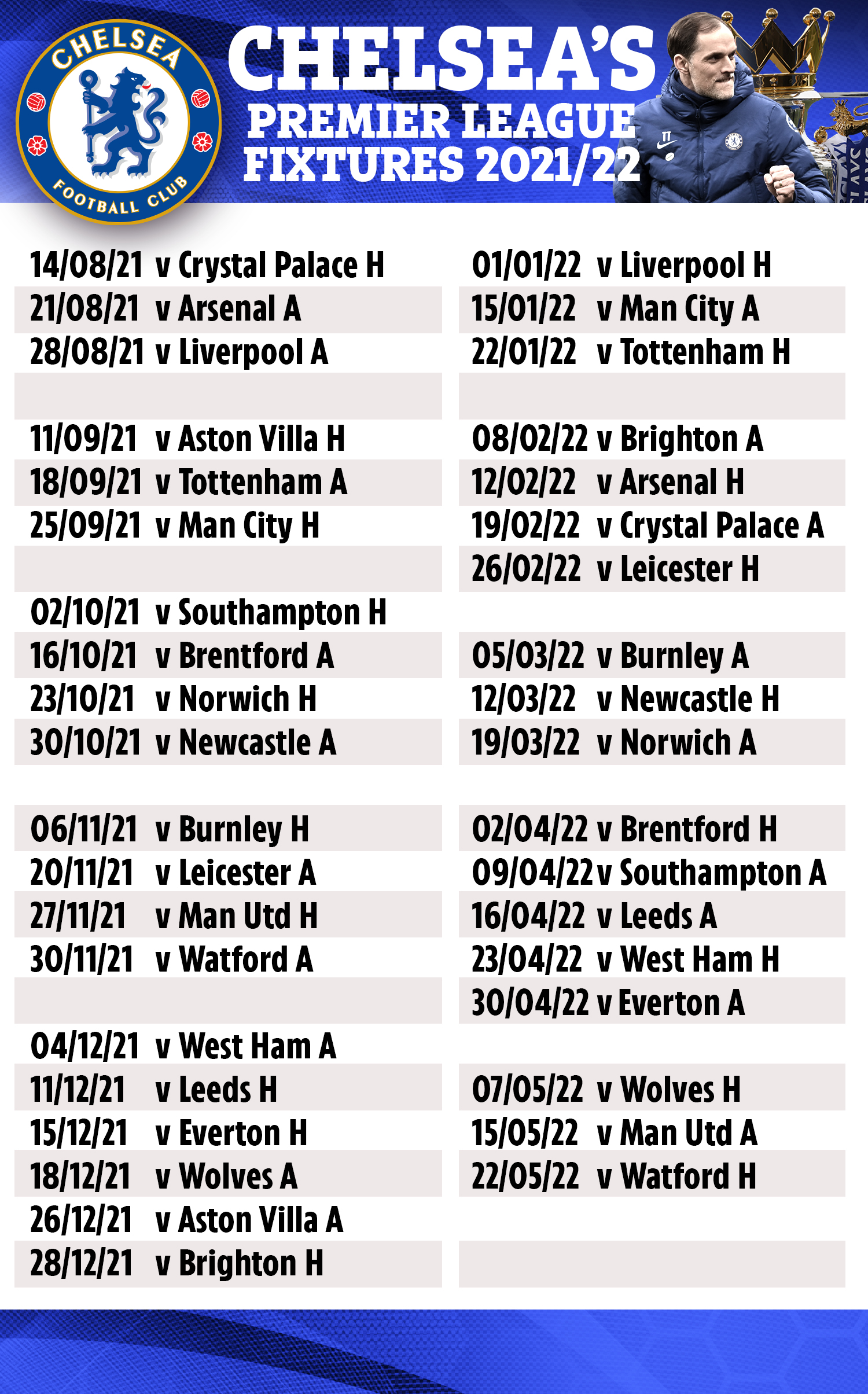 A tough start for the Super Cup winners sees them face Arsenal, Liverpool, Tottenham and Manchester City in the coming weeks.

Tuchel will be checking on the fitness of Thiago Silva, Mason Mount and Jorginho ahead of the Palace clash, after the trio were fit for only a role off the bench on Wednesday.

A decision must also be made on the inclusion of Romelu Lukaku as Chelsea prepare to announce the striker's £97.5million arrival. 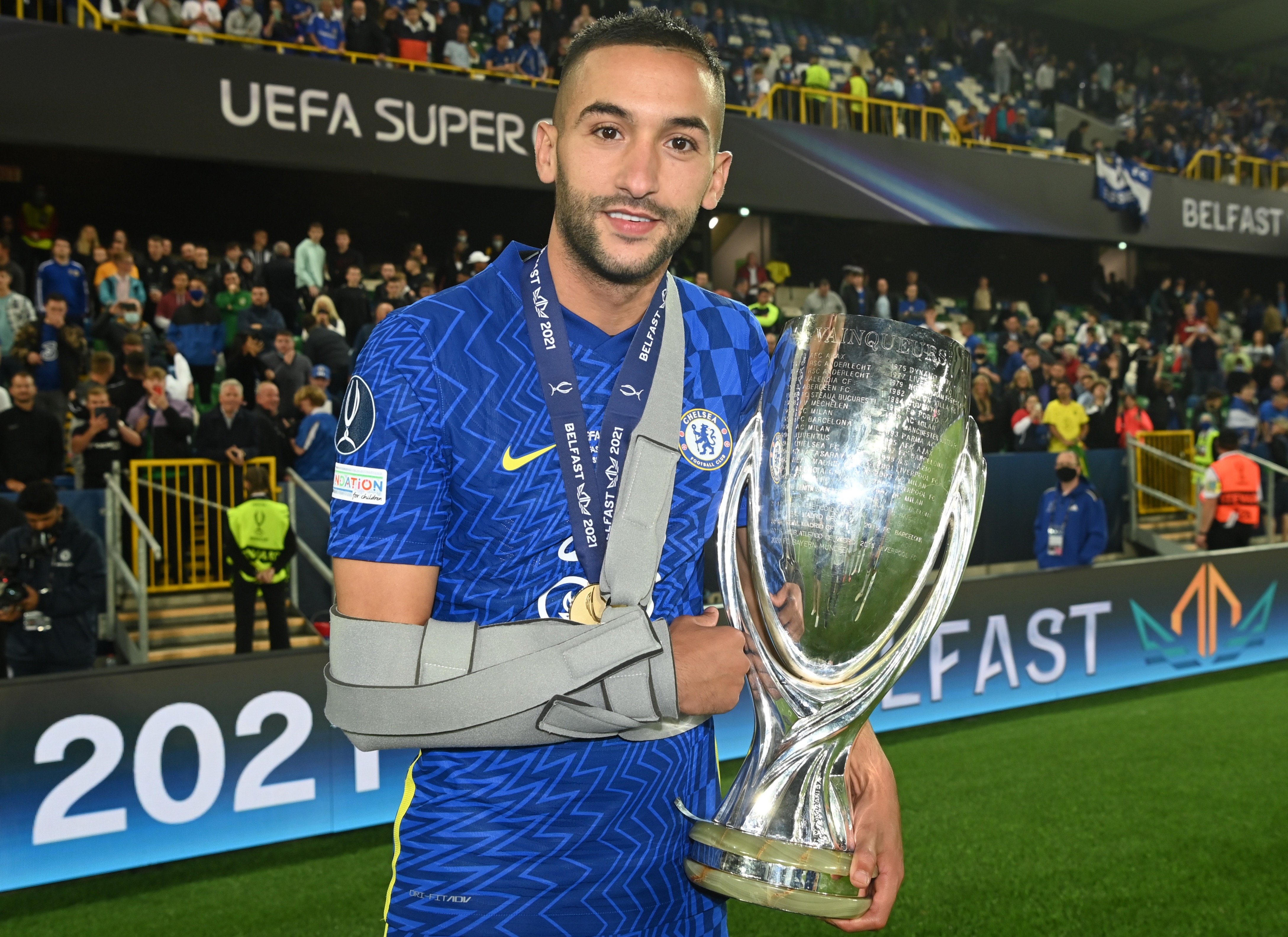