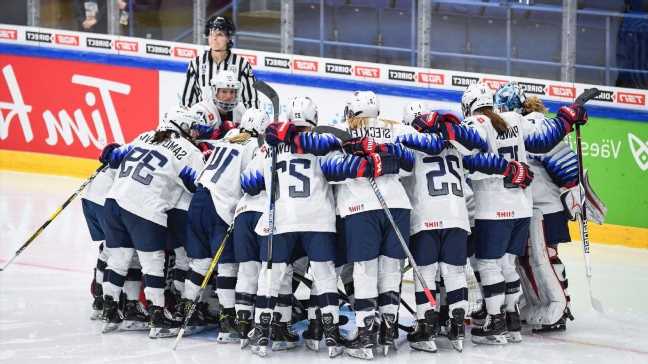 When the U.S. national team takes the ice at the 2021 IIHF Women’s World Championships on Friday, it’ll be playing under a new one-year contract it signed with USA Hockey last month, USA Hockey confirmed to ESPN on Sunday.

The deal follows a historic four-year contract the women signed in 2017 in which they battled USA Hockey for equitable treatment and threatened to sit out the 2017 IIHF World Championships.

The players, who are represented by the law firm Ballard Spahr, once again had intense negotiations with USA Hockey over the past several months over a new deal, sources told ESPN. Ultimately, the sides agreed to a one-year contract to wait out the coronavirus pandemic and see what the economic picture looks like next summer. The deal, which will also cover the women for the 2022 Olympics in Beijing, expires on Aug. 31, 2022.

According to sources, the players felt motivated to sign a deal because they didn’t want to miss any more hockey than they already have. When the world championships begin Friday in Calgary, Alberta, it will have been 859 days since the last major international tournament — the 2019 world championships, which were held in Finland.

According to documents obtained by ESPN, players on the women’s national team can earn up to $126,750 over the next year should they win gold at both the 2021 world championships and the 2022 Beijing Olympics. If the team wins a silver medal at both events, each player will receive $105,500. That money is made up of stipends and bonuses, paid out by both USA Hockey and the United States Olympic & Paralympic Committee.

It’s been a challenging two years for the players on the women’s national team; they have seen two world championships get canceled because of COVID-19, and had their coach, Bob Corkum, abruptly resign in April because of personal reasons. Joel Johnson, formerly an assistant coach, was promoted to lead the team for the 2021 world championships and the 2022 Olympics.

According to sources, women’s national team players gave 15% of their salaries back to USA Hockey for three months during the pandemic as a sign of good faith.

The American women are looking to win their sixth straight gold medal at the world championships this year. The team has also won a medal in every Olympic Games since women’s hockey was introduced in 1998.

In the new contract, the players made some concessions: They will no longer receive game incentives during their Olympic tour. However, some perks were added in the new deal. The players will be provided a meal after training during their residency leading up to the Olympics, something that was not provided for previously. USA Hockey also made staffing improvements, including giving the director of women’s national team programs, Katie Million, an assistant, and adding to the medical staff.