The title fight – which headlined the pay-per-view – was over before it really got started as Figueiredo used quick thinking to choke out the challenger. 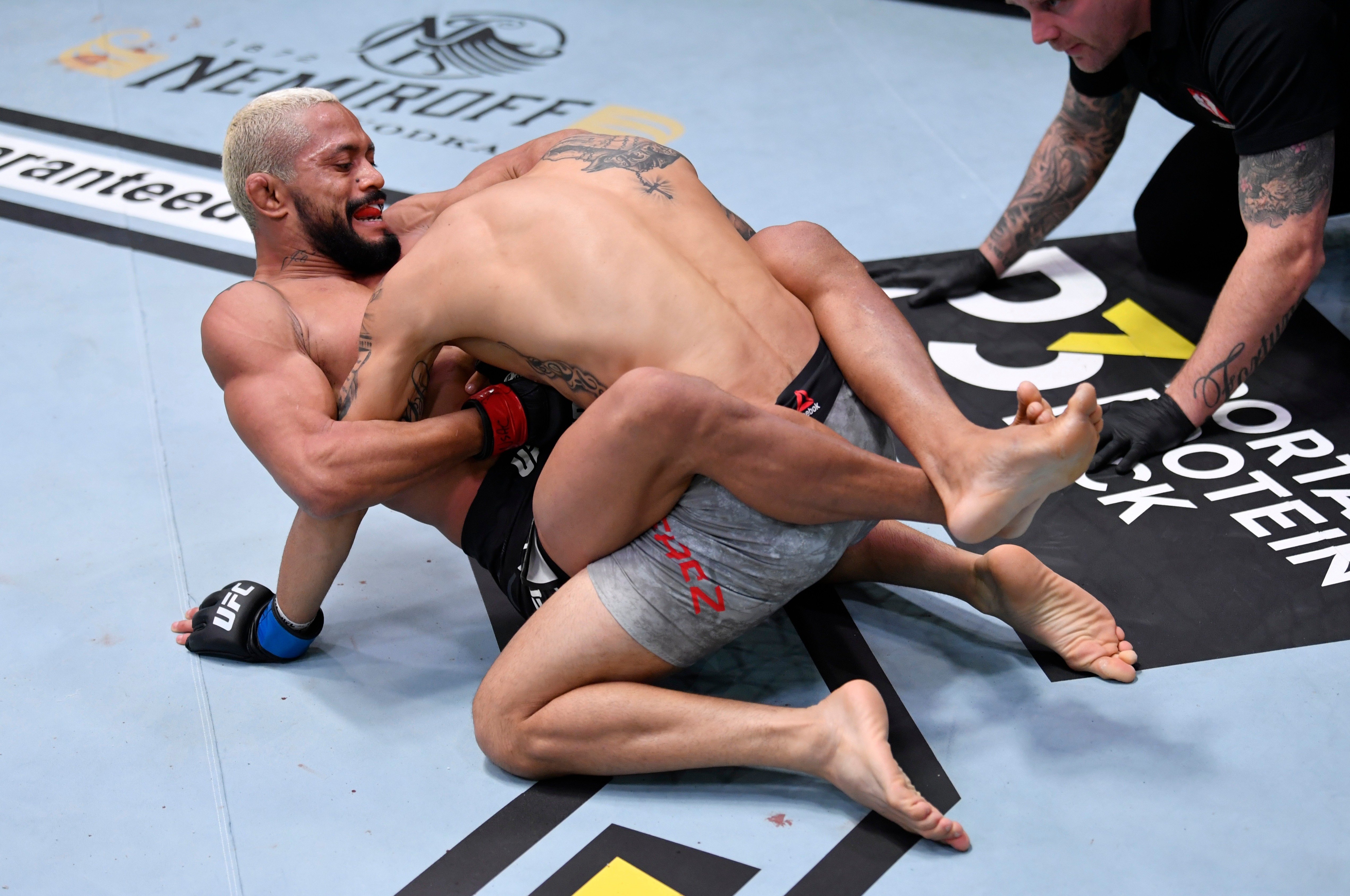 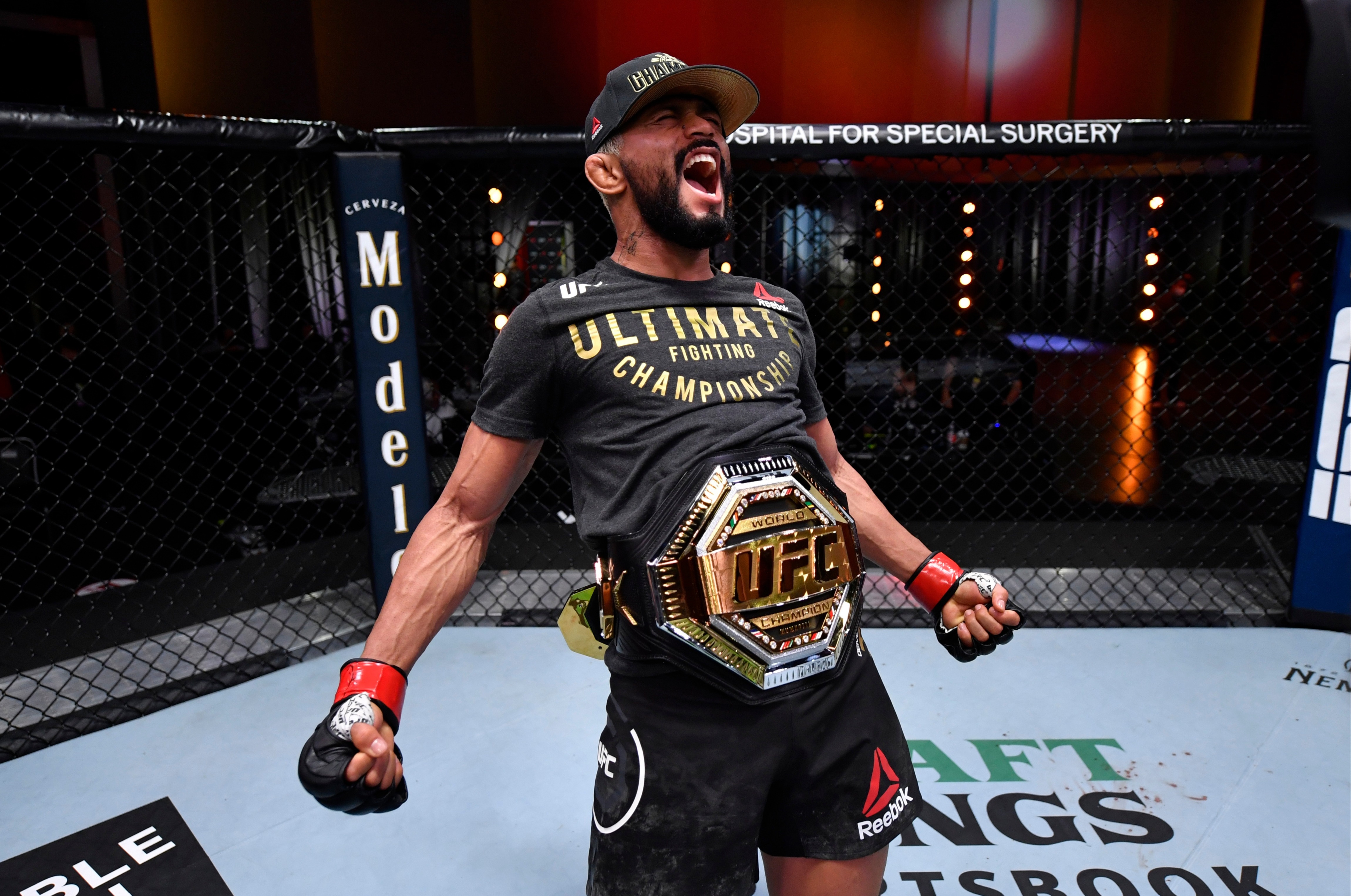 Accomplished grappler Perez thought he had perfectly executed the game plan after taking down the champion.

But Brazilian Figueiredo – on his back – used all his jiu jitsu experience to quickly put his man in a guillotine.

And proved enough to force the tap from Perez, just inside the two minute mark.

After retaining his title, Figueiredo, 32, said: "We changed our stance because he never saw me kick un previous fights.

"But I knew I could kick him, he just didn't have it on film.

"I want to face Brandon Moreno, Dana make this happen. That's the fight that I want to happen."

After Figueiredo called out No1 contender Brandon Moreno – who beat Brandon Royval on the undercard – it was revealed the fight will take place in December.

But the 29-year-old American was forced out of the fight with injury.

His manager Ali Abdelaziz tweeted to announce Garbrandt will be fit again in March to challenge Figueiredo.

Abdelaziz wrote: "@Cody_Nolove Will be ready in March congratulation to the champ."