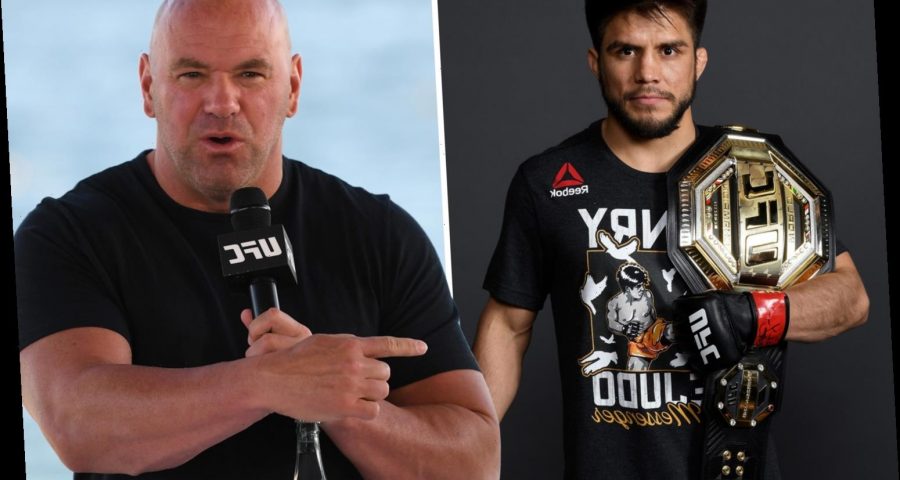 RETIRED UFC star Henry Cejudo has challenged Dana White to 'line up' the flyweight, bantamweight and featherweight champions as he continues to tease a return to the octagon.

But the self-proclaimed King of Cringe has seemingly got the itch to compete again.

On Monday morning, the former two-division champion tweeted: "Yo @danawhite why don’t you line up all your Rent A Chumps at 125, 135 and 145.

"I bet the house that neither one of them would make it past two rounds with Triple C!"

Cejudo's message to White included a video of himself dancing with his girlfriend before going into a monologue.

He said: "You wish your fighters had my moves. I'll make the 25, the 35 and especially the 45 all bend the knee to King Triple C."

Cejudo is happy to return to the octagon for a showdown with featherweight champion Alexander Volkanovski, who is set to defend his title against Brian Ortega late next month.

But the 34-year-old wants to be financially compensated for the potentially historic bout.

In a recent interview with The Schmo, Cejudo said: “I gotta talk to Uncle Dana.

"You know, show me the money, and Triple C will make them all bend the knee. Alexander Volkanovski, you overgrown baboon, where is he?

"People will never talk about how hard is to fight somebody shorter. They do not smaller limbs.

"Harder to target hit because of you know, because we’re fun size.

“Anyhow, I got Alexander the average. The decision-maker, which I still feel like that’s [Max] Holloway’s belt.

"I see better decisions at 90-day fiance. Anyhow, they can all bend the knee."