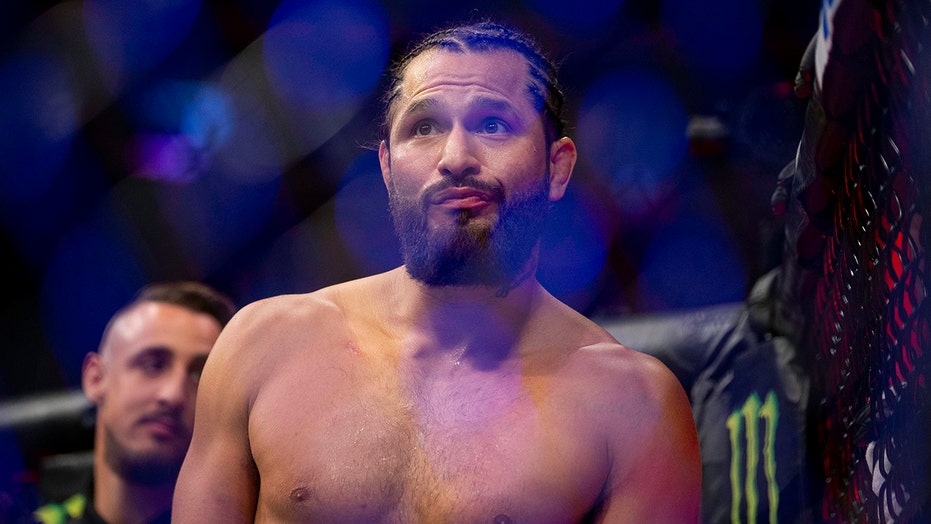 Narrated by Harris, the video argued in favor of equality, or ensuring people reach the same results, over equality of opportunity.

"Equality suggests, 'Oh, everyone should get the same amount,'" Harris said.

Masvidal was one of the critics who compared the video to a communist or socialist agenda.

“This is right out of the Cuban communist manifesto,” Masvidal wrote Sunday.

The mixed martial artist has been in President Trump’s corner recently.

In a video posted to social media last month, Masvidal – a 35-year-old Miami native born to a Cuban father and a Peruvian mother – told UFC fans why he supports the president for a second term.

“The Democrats just think that they’re entitled to the Latino vote. They think that we just have to hand it over to them,” he said. “That’s right. We sure as hell don’t.”

Masvidal previously joined Donald Trump Jr., Sen. Marco Rubio, R-Fla., as well as other UFC stars on a “Fighters Against Socialism” tour that made stops in Tampa, Orlando, Coconut Creek and Miami in Florida.

Before one crowd, Masvidal claimed the Democrats haven’t produced the results for Latino communities that they have promised over the years.

The fighter then took a shot at Democratic presidential nominee Joe Biden, who in September drew criticism when he took out his cellphone on stage and blasted “Despacito,” the 2017 hit song by Latino recording artist Fonsi. Masvidal accused Biden of pandering for the Latino vote.

“You know what else is not gonna work for them?” Masvidal said of Biden and the Democrats. “Playing ‘Despacito’ on your cellphone to pander to us. Hell no. You gotta give us some credit for having heads on our shoulders.”