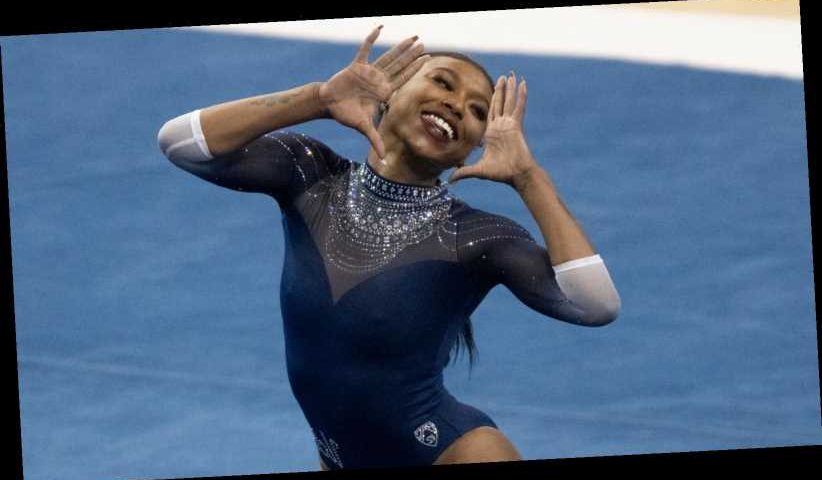 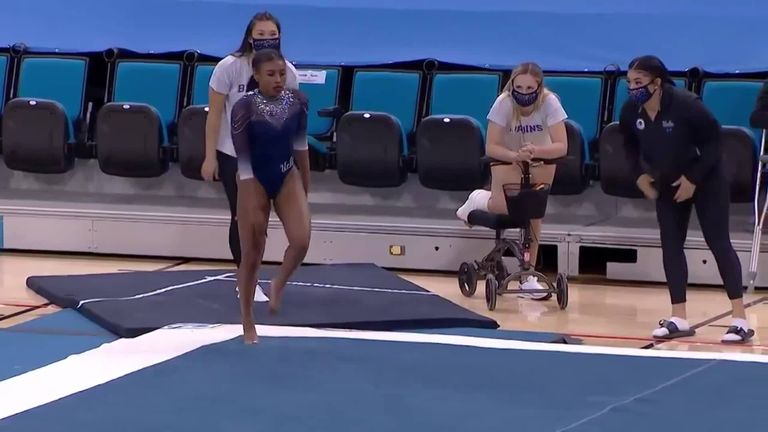 Dennis, an athlete at the University of California in Los Angeles (UCLA), incorporated songs by artists including Kendrick Lamar, Beyonce and Missy Elliott.

The 21-year-old said Black Lives Matter protests inspired the performance on Saturday, which saw her kneel with her fist in the air.

“I had to… for the culture,” she wrote on Instagram.

A video shared by UCLA Gymnastics was viewed more than nine million times on social media.

The routine wowed the judges, who awarded her a score of 9.95 out of 10 for the performance, and earned her praise from celebrities, fellow athletes and fans.

This is what #blackexcellence looks like. @DennisNia does it again! 🔥

Dennis has gone viral for the second time for her gymnastics. She made headlines in 2020 for a routine set to a medley of Beyonce songs.