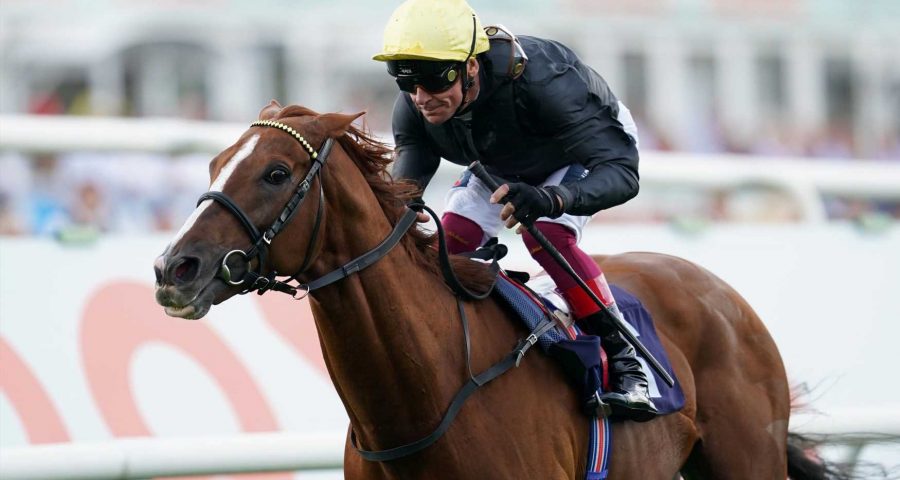 LAST Thursday, a 300-year-old Stradivarius violin was flogged at auction for a whopping £12 million.

This Thursday, the four-legged Stradivarius could bag a fourth Gold Cup to become one of the greatest horses in the 300-year history of Ascot. 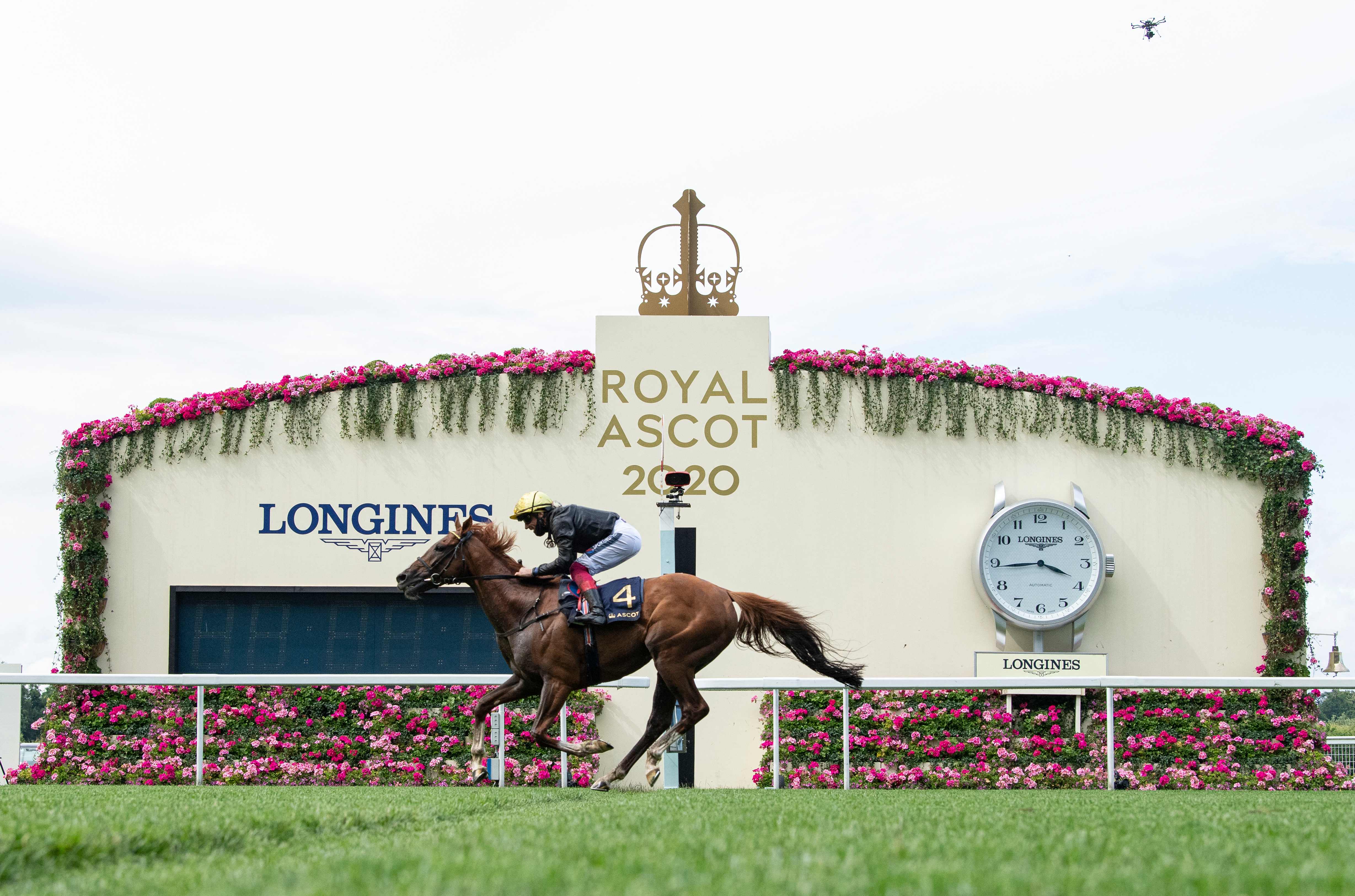 You couldn’t put a price tag on that.

Who’d have thought the eight-year-old would even be returning for another crack after he was thumped by Subjectivist last season?

He hit a bum note in the big race 12 months ago when a well-beaten fourth, and it looked for all the world that his era of dominance had come to an end.

But you don’t win 20 races across seven, gruelling seasons without having a little something about you.

Betfair – Max £/€20 refund on first bet. Bet must be placed in first 7 days of account opening. Only deposits made via Debit Card will be eligible for the promotion. T&Cs apply. 18+ BeGambleAware.Org

Paddy Power: New Customer Offer. Place a single £10 (or £5 e/w) bet on the 14:30 race at Royal Ascot, Win or Each Way market, Tuesday 14th June, after your qualifying bet settles you will get a £10 free bet for each of the remaining races on the card (£60 in total). Only deposits with Cards apply (Apple pay deposits are excluded). T&C apply. Please Gamble Responsibly. 18+ Begambleaware.org

He has battled his way back and, as racing royalty, it’s fitting he will be running on the day when The Queen is expected to be in attendance.

Her Maj likes nothing more than a good stayer – who can forget the scenes of celebration when her mare Estimate won the Gold Cup in 2013?

She would get a huge amount of pleasure out of watching Strad strut his stuff again, as would the full house of 50,000 punters.

Though the strain of training the world’s best stayer has gotten a little easier as both horse and trainer have aged.

Expectations aren’t what they were two or three years ago, and for the Gosden’s it’s a case of trying to enjoy the old boy while he’s still around.

And trying to keep his mind on the job – with plenty of distractions as a horse who still has his wedding tackle. 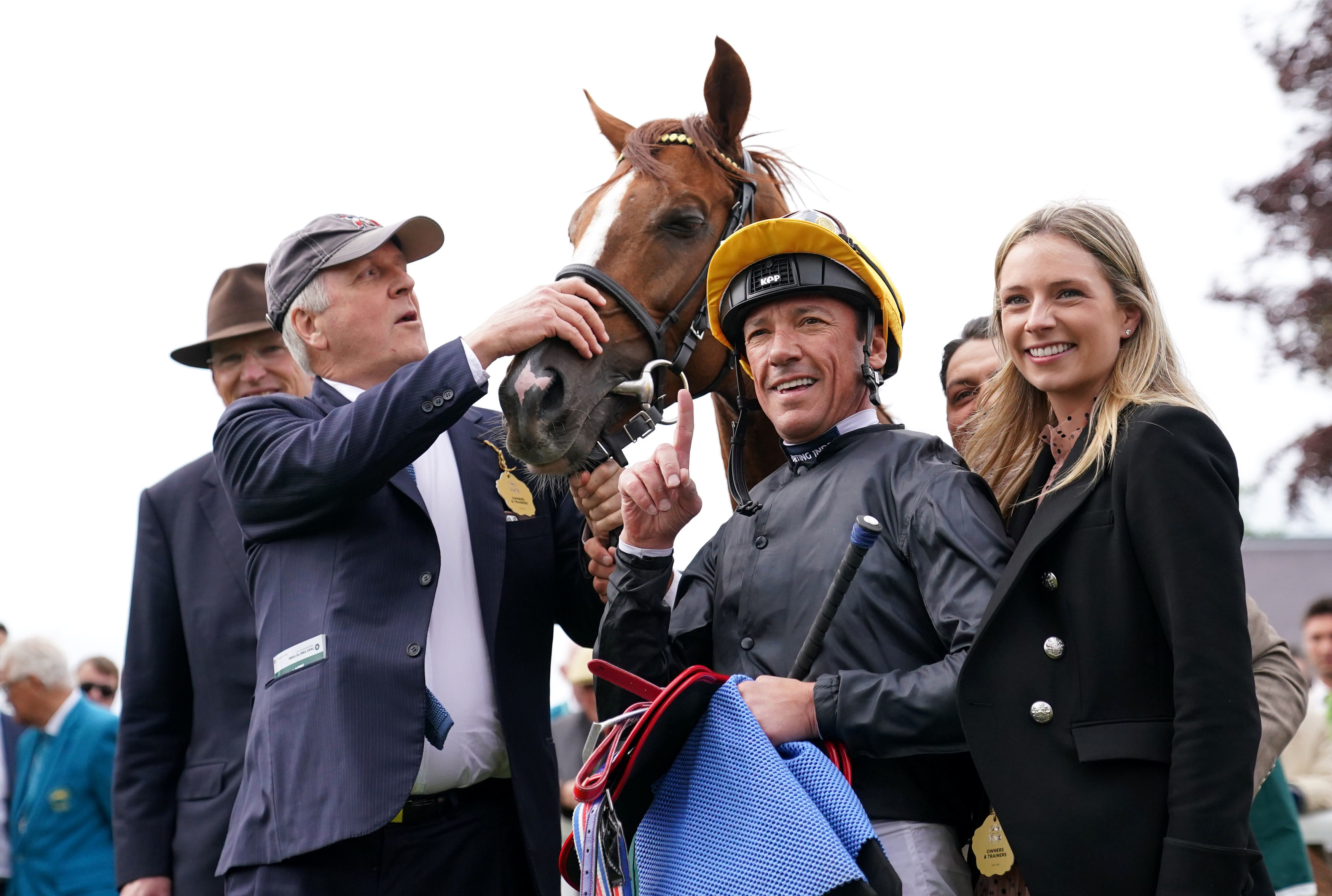 Gosden said: “Of course it’s very unusual to have a horse of his calibre around the yard for such a long time.

“We had Enable until she was six and Stradivarius is now eight, so you can’t help but get very attached to them.

“He is still as much of a character as he was when he turned up here as a baby. He likes to enjoy himself and shout at the other horses on the heath.

“As a full horse his mind probably does wander onto other things occasionally, but he still loves his training and racing.

“Testosterone is probably the most dangerous drug in the world, so we are just trying to keep his mind on the job.

“He really deserves another life after racing doing something I think he would rather enjoy, so hopefully he can find a good home at stud.”

A stallion career is still several months away, and his fans will be hoping he can add a couple more trophies to his cabinet before he hangs up his racing shoes.

This year he will face some new rivals, including the hot favourite Kyprios, who was barely a month old when Stradivarius won his first Gold Cup in 2018.

The man charged with getting the job done, as ever, will be Frankie Dettori.

He has been in the saddle for 25 of Stradivarius’ races, but he got some stick for his ride last year when he found himself with a lot of ground to make up in the home straight. 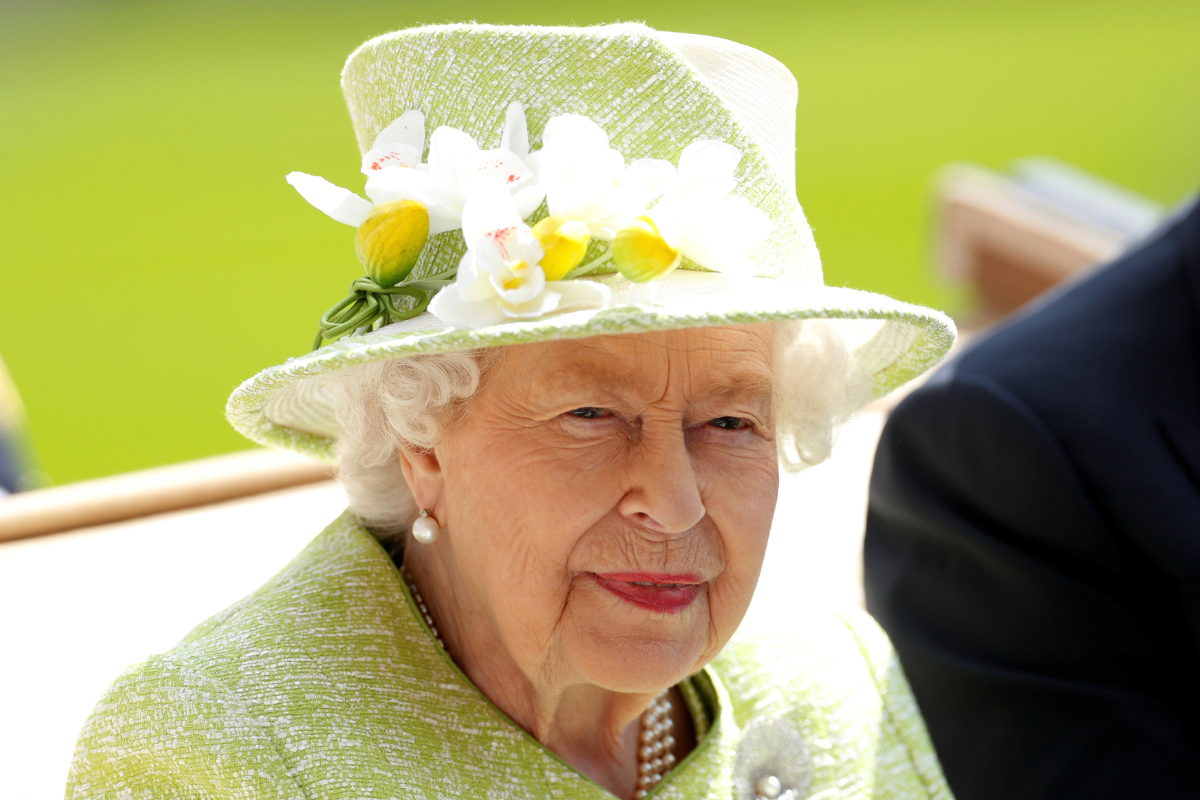 Will The Queen be at Royal Ascotand which horses does she have running?

Gosden said: “He runs how he runs, he tends to get there and think he’s done enough.

“He is an old pro, he is like a veteran boxer who goes in the ring, does what he has to do and heads home.

“We had a couple of tactical issues last year, hopefully things will go to plan this time, but I think he is still up to running a huge race.

“I can keep my emotions in check when he runs, I just have to worry about keeping his jockey under control!

“At his age you have to keep them interested but at the same time don’t go rubbing their noses in it, because they will quickly tell you where to go.

“We have freshened up his training a little bit over the years but by no means have we made things tougher or harder.

“He is very happy and goes to Ascot in good form having won another Yorkshire Cup, so let’s hope he puts in a big one.”

The third day of the Royal meeting is an especially big one for Gosden and Dettori, with The Queen’s Reach For The Moon also running in the Hampton Court Stakes. 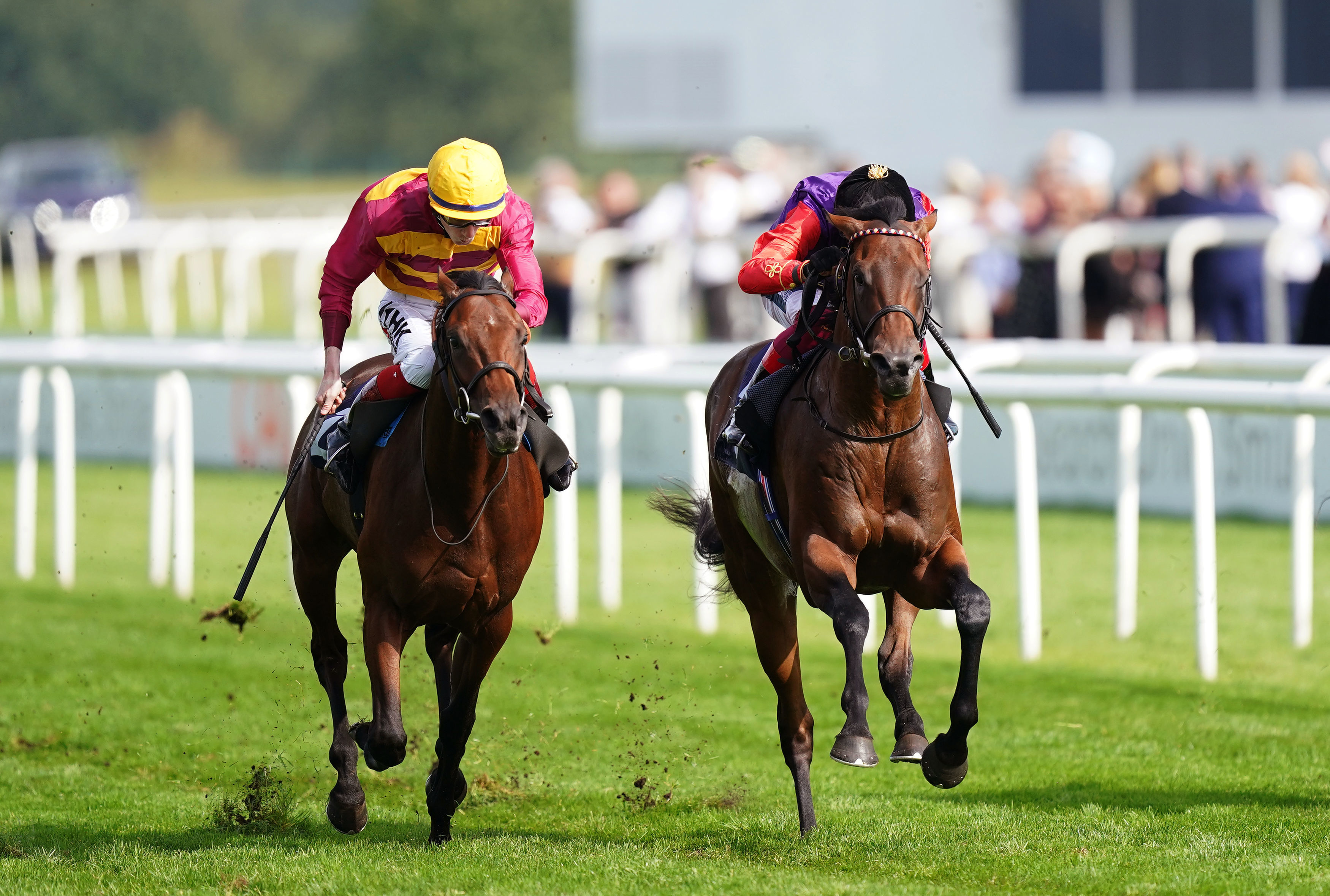 If any horse is to carry the famous purple, red and gold colours home in front this week it will surely be the high-class three-year-old.

Plans to run him in the Derby were shelved after he suffered a slight setback in the build-up, but hopes are high he can bag the Group 3.

Gosden said: "The mile and a quarter of the Hampton Court looks ideal at the moment for Reach For The Moon.

“He's pleased us in his work since his comeback at Sandown and we're very happy with him.

"I think when you've sustained an injury like that, you have to go very gently and it just wasn't going to happen in time for Epsom.

"Obviously the owner-breeder was very keen to do everything right by the horse, so that made it simple, get a run in at Sandown and go to Royal Ascot.

"It would be amazing to give Her Majesty a winner at the meeting, I hope he goes there with a good chance.”