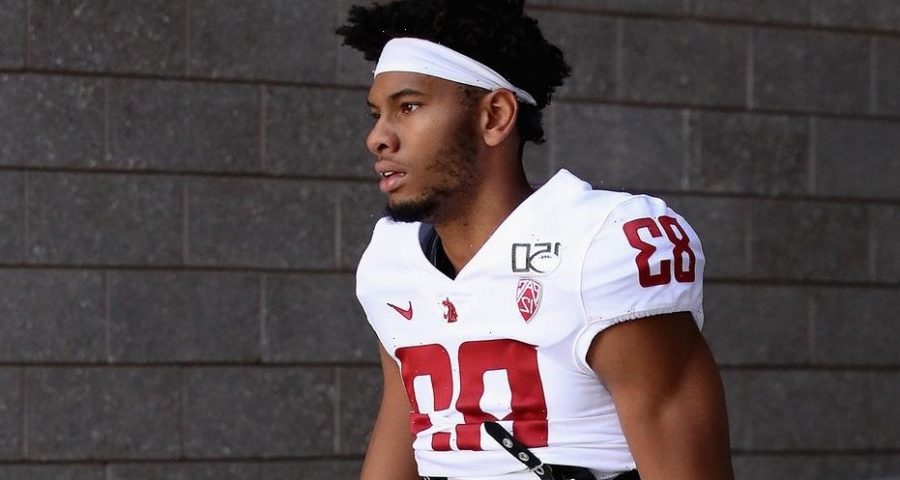 A Washington State football player was wounded and another person killed in a shooting early Saturday near the school’s campus.

Brandon Gray, 22, was listed in “serious but stable” condition, Washington State athletic director Pat Chun said in a statement. Pullman police identified the victim who was killed as 23-year-old Liban A. Barre

Police said George Melvin Harris III, 23, was arrested on suspicion of second-degree assault in connection with the shooting, but his role in the shooting was unclear, according to The Spokesman Review.

“We are aware of an incident involving WSU football player student-athlete Brandon Gray that occurred last night in Pullman. Brandon was transported to a Spokane hospital, where he is in serious but stable condition,” Chun said. Our thoughts and prayers are with Brandon and his family and friends. As this remains an open police investigation, we are not able to comment further at this time.”

Police said in a press release authorities were called around 12:30 a.m. near the College Hill area of Pullman. Officers reported hearing multiple gunshots as they were approaching the scene and found two men wounded. Barre was transferred to Pullman Regional Hospital and later died.

Police are still investigating the shootings.

Gray, originally from Detroit, was an All-Michigan honorable mention selection by the Detroit Free Press in 2017. He was ranked in the Top 100 wide receivers entering Washington State. He appeared in three games for the Cougars in 2019 as a redshirt freshman. He has not played in 2021.