ARSENAL icon Andrey Arshavin rolled back the years with a cheeky free-kick as he showed he can still do it on the FUTSAL pitch.

The 40-year-old left the keeper for dead as he flicked a sly lob over the three-man wall. 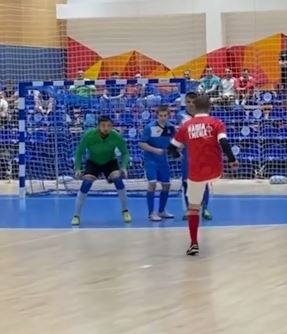 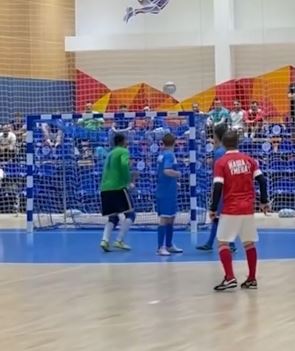 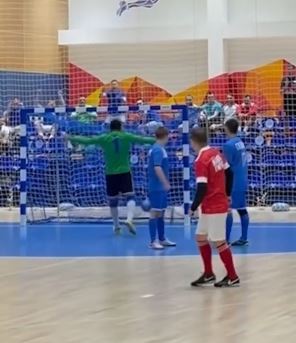 And he cooly turned away in muted celebration as the ball hit the back of the net.

The ex-Gunner called time on his professional career back in 2018.

He spent two years in the Kazakhstan Premier League with Kairat, having joined from Russian side Kuban Krasnodar in 2016.

But he will be best remembered in Britain for his stint in North London from 2009 to 2013.

The attacking midfielder famously scored all four Arsenal goals in their 4-4 draw with Liverpool back in April 2009.

He was named man-of-the-match and produced his iconic four-fingered celebration in the barnstorming encounter.

Arshavin moved to the Emirates after ten years at Zenit Saint Petersburg.

He finished sixth in the 2008 Ballon d’Or voting behind Barcelona star Xavi and ahead of Spain international David Villa.

He ended his Premier League stay having notched 31 goals in 144 appearances under then-boss Arsene Wenger.

Arshavin was recently involved in the Champions League mix-up that saw the draw for the last-16 made twice.