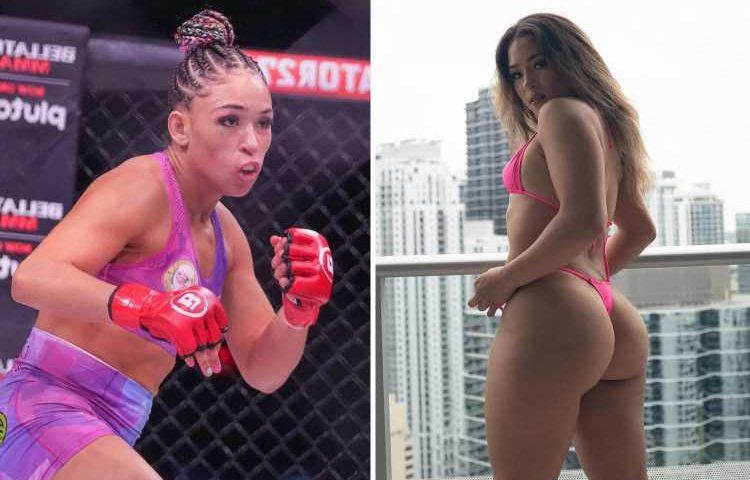 VALERIE LOUREDA marked her narrow split decision win over Taylor Turner at Bellator 271 by TWERKING on the canvas.

Flyweight Loureda performed the stunt and joked to the camera: "I'm just an Instagram model!" 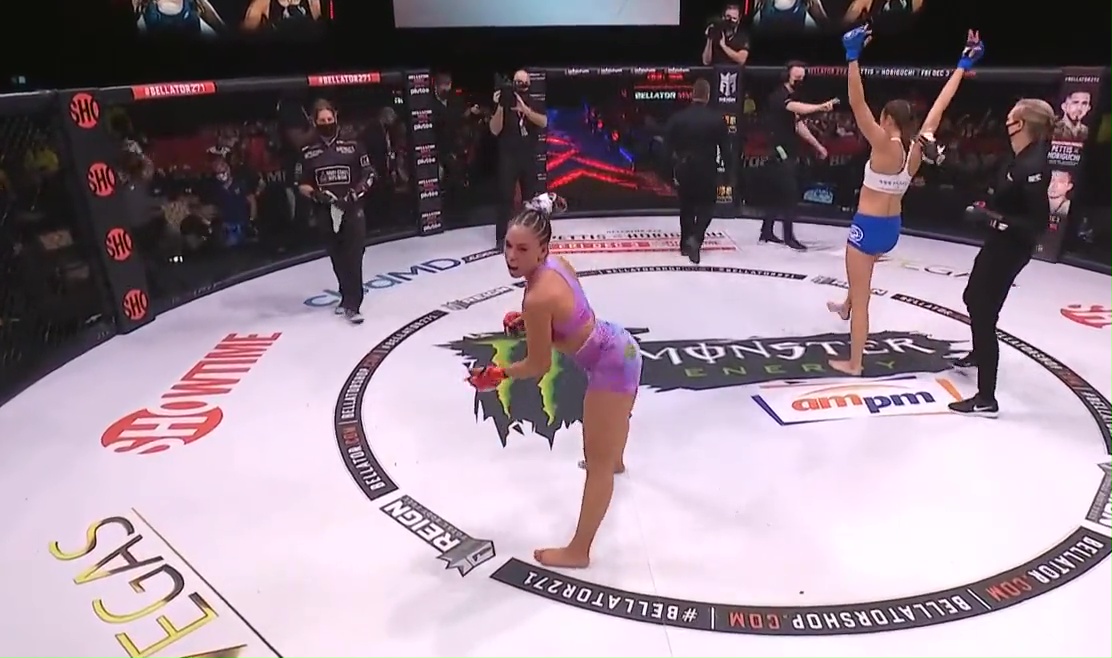 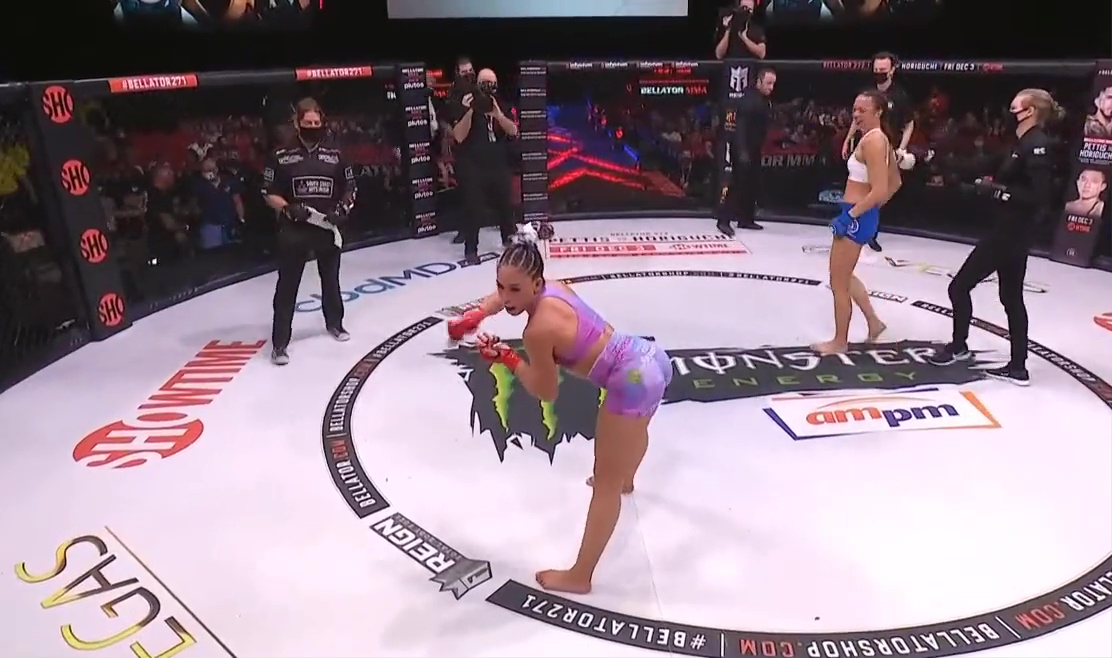 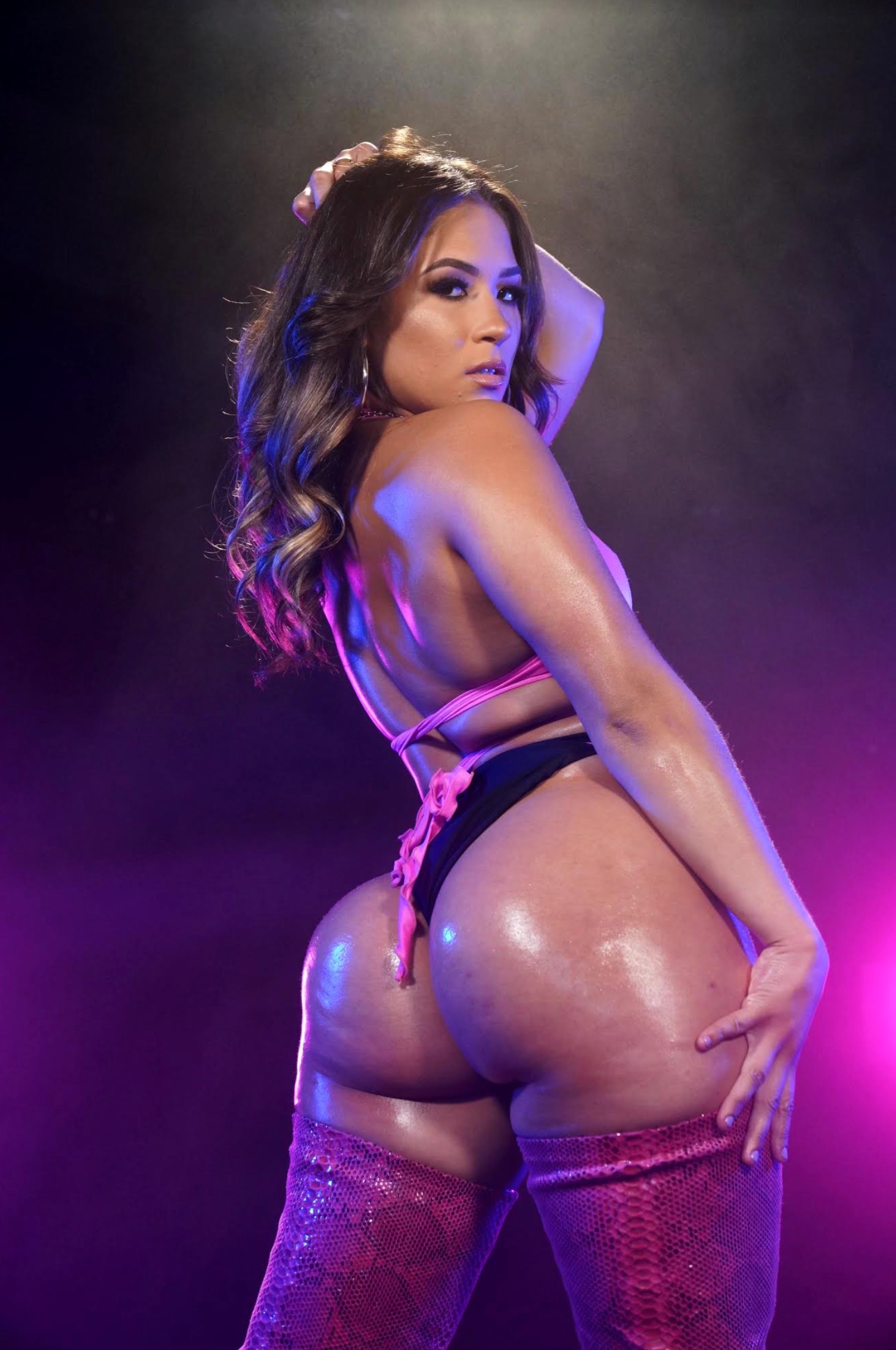 The 23-year-old has previously been blasted for using 'sex' to find fame in MMA.

She has come under fire for numerous sexy photoshoots outside of the octagon.

But she has clearly paid no attention to critics and blew a kiss to the crowd as she twerked in front of a delighted audience.

But Loureda silenced her critics at the event in Florida late on Friday night to take her young MMA record to 4-1.

And it's not the first time she celebrated victory by twerking.

Following an emphatic win over Tara Graff at Bellator 243 Loureda also pulled out the cheeky moves.

Loureda has an army of Instagram followers over 850k strong and regularly wows them with sultry snaps and moves.

She also vowed on Twitter after her victory last night: "I love fighting. I’m so young… I can’t wait for what the future holds.

The fighter also thrilled her NFL star boyfriend with a fourth win in her fifth professional fight.

Cleveland Browns wide receiver Donovan Peoples-Jones cheered on the stunning Loureda from home – celebrating her win by mimicking her twerk himself.

The 22-year-old posted Instagram stories as he watched the fight and dancing after the result was announced.

He gyrated in delight and captioned his moves: "Turnt".