England striker Abraham, 23, went to greet the match official in the tunnel at Stamford Bridge only for Attwell, 38, to be seemingly completely unaware. 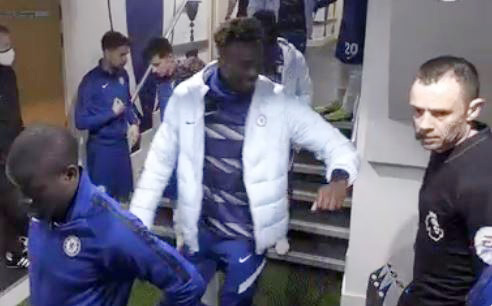 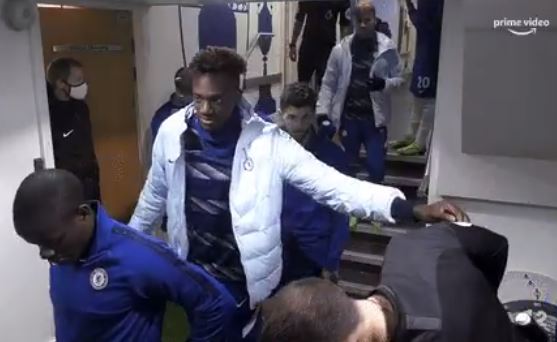 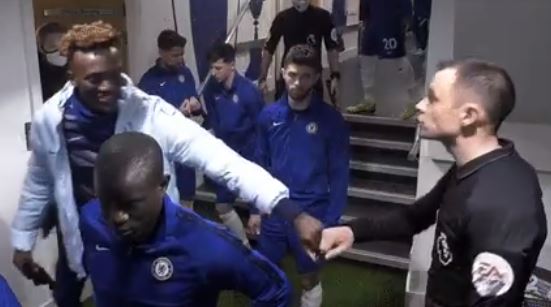 Abraham was named as a sub for the Blues despite scoring three goals in his last two Premier League games.

The former Villa loanee did not make the starting XI despite bagging a late consolation in the 3-1 defeat to Arsenal on Boxing Day.

And when he came through the tunnel in his sub jacket, Abraham politely offered the ref a Covid-safe fist bump.

However, the Premier League's youngest ever ref was in a world of his own, leaving Abraham hilariously looking around with his arm outstretched.

Eventually he was forced to give Attwell a gentle tap on the shoulder to end the uncomfortable impasse.

And only then did Abraham receive a fist bump back from the official, who appeared to be talking to someone else in the opposite direction.

The whole exchange was captured on the internal Amazon cameras before kick-off.

And it is not the first time Abraham has been involved in an off-field interaction after he appeared to tell Gunner Bukayo Saka to 'shut up'.

The Three Lions team-mates seemed to be debating whether Saka meant his audacious lob of Edouard Mendy.

Chelsea took the lead against Villa thanks to Olivier Giroud's header from Ben Chilwell's cross before being pegged back by Anwar El Ghazi's strike after the break.

Frank Lampard's side were in action again just 48 hours after defeat to London rivals Arsenal.