CRISTIANO RONALDO donned his Juventus kit as he exercised at home during coronavirus quarantine.

Unable to play in Wednesday night's clash with Barcelona, the winger got in on the action with his trademark 'Siuuu' celebration for Instagram. 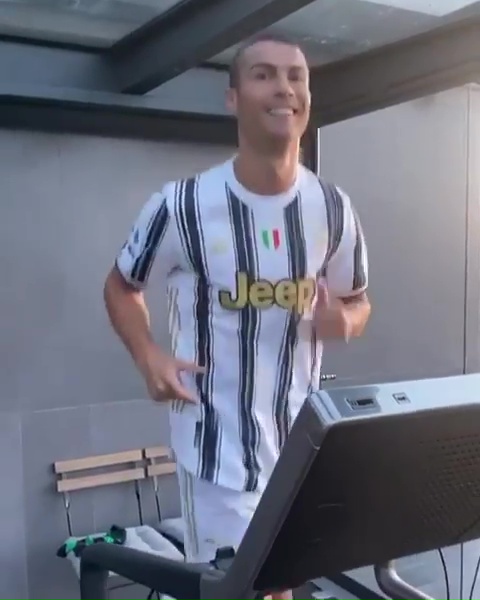 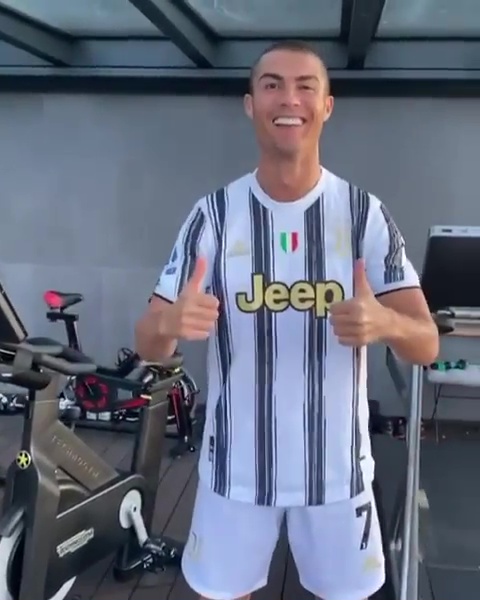 Although Ronaldo, 35, is not said to be suffering from any coronavirus symptoms, he continues to test positive for the illness.

Earlier in the week, he was diagnosed for a third time and hastily deleted a furious comment attacking PCR testing.

But Ronaldo was back in good spirits as he jogged on a treadmill in his Juve kit.

The Portuguese star leapt off to produce his trademark celebration, before turning and delivering a message to his Juve team-mates.

He captioned the post: "Come on guys! All together! Until the end!"

The Bianconeri suffered a 2-0 defeat to Barcelona in Turin, Alvaro Morata having three goals ruled out for offside.

With viewers denied the chance to see Lionel Messi and Ronaldo go head-to-head, their GOAT debate spilled over onto Twitter.

Posting a picture of their superstar in action, the LaLiga giants wrote: "We are glad you were able to see the GOAT on your pitch, Juventus!"

A cheeky kiss emoji followed with the Italian club's social media team vowing that Ronaldo will have his day.

They replied: "You probably looked it up in the wrong dictionary. We'll bring you the right one at Camp Nou."

Indeed, Barcelona host Juventus on December 8 to round off Group G, which both sides are expected to qualify from.

Fans will hope Ronaldo finally returns a negative test by then to face up to his longtime Ballon d'Or rival.