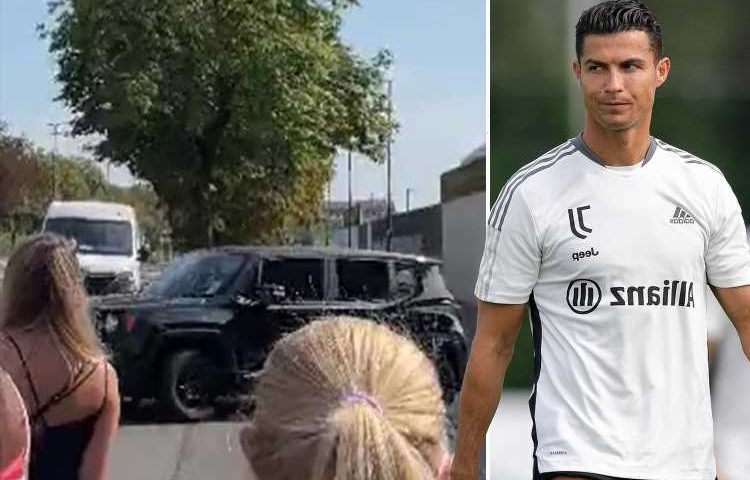 CRISTIANO RONALDO has LEFT the Juventus training center and will not take part in training ahead of a potential move to Manchester City.

The 36-year-old has said his goodbyes to his Juve team-mates as he looks set to leave the club after just three years.

According to Fabrizio Romano, the Portugal ace said goodbye to his team-mates and left the club's training ground after just 40 minutes.

And Ronaldo is waiting for his agent Jorge Mendes to bring a concrete Man City bid forward because at the moment it is only a verbal agreement.

The forward has just one year left on his £500,000-a-week contract and Juventus want to get it off the wage bill.

The Turin-based club also want to acquire a £21.4million fee for the forward.

The potential move has angered a lot of Manchester United fans who see it as a betrayal.

A move to rivals City could see his United legacy of three Premier League titles, an FA Cup and a Champions League tarnished.

And Ronaldo is going against his own words if he joins City, claiming back in 2009 that he would "never" join them.

He said: "Never. City have a lot of good players and might be a problem for United, Arsenal and Chelsea.

"But that doesn't interest me. I am only interested in playing for Real Madrid and teams like Barcelona and Valencia."

And six years later, Ronnie doubled down on his stance when asked if a City switch would ever be an option if the right money was on the table.

He said: "You think the money is going to change my mind at 30-years-old?

"If you speak about the money I could go to Qatar, they would probably have more money than Man City.

"But it's not about the money, it's about the passion."