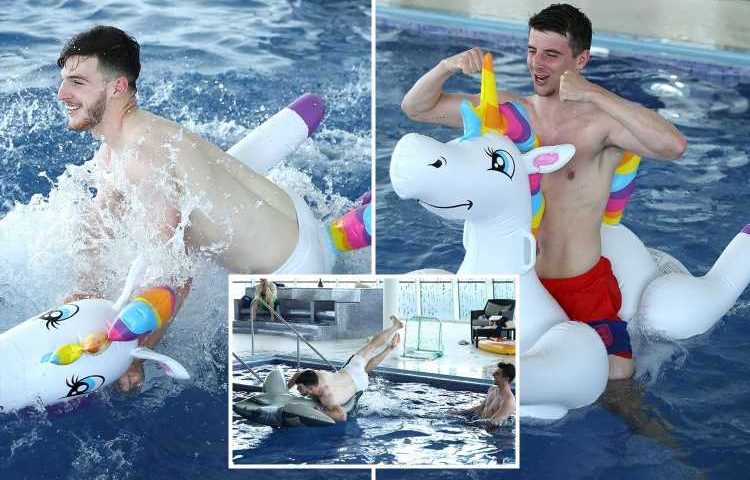 Boss Gareth Southgate is eager to let his Three Lions stars relax before their Euros semi-final showdown with Denmark on Wednesday. 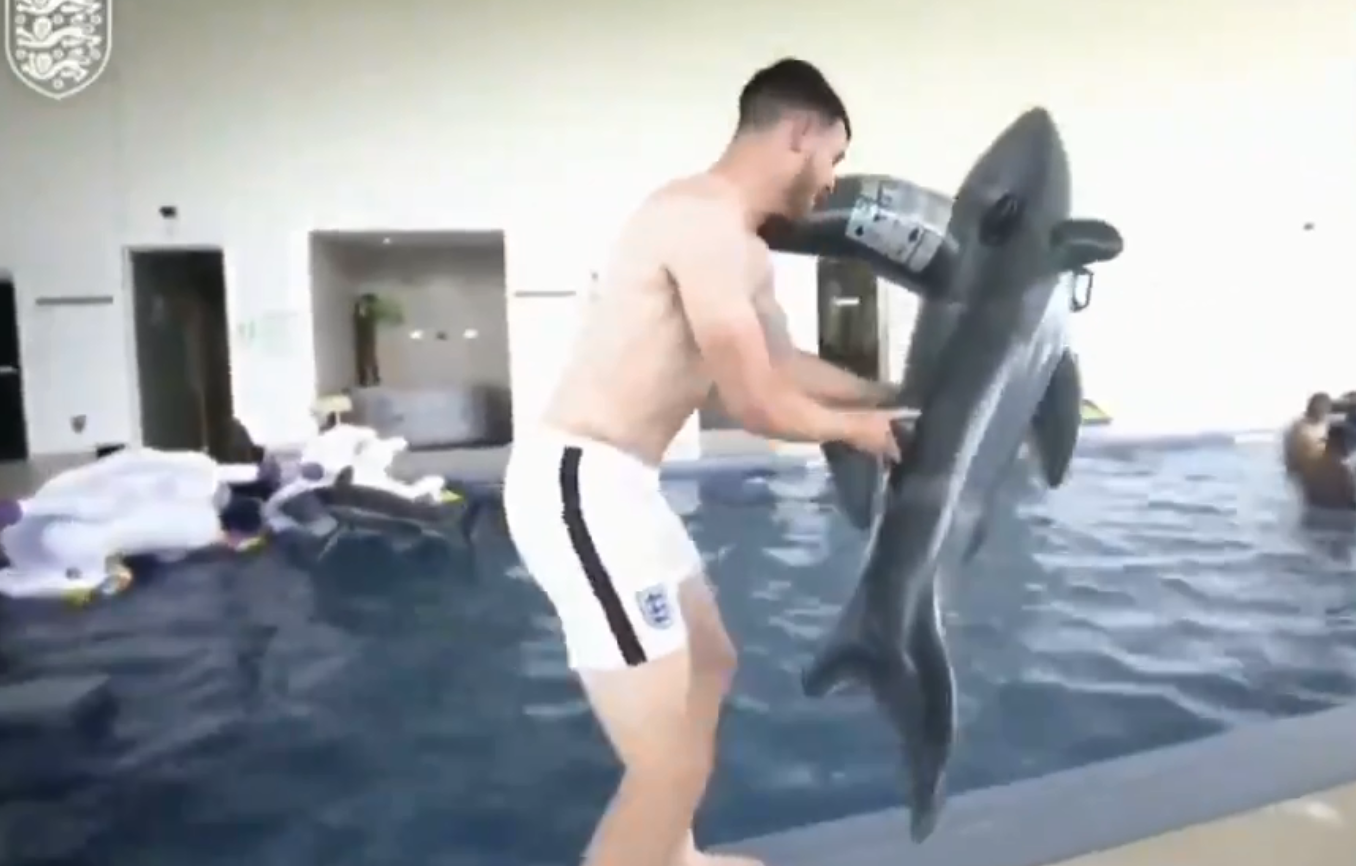 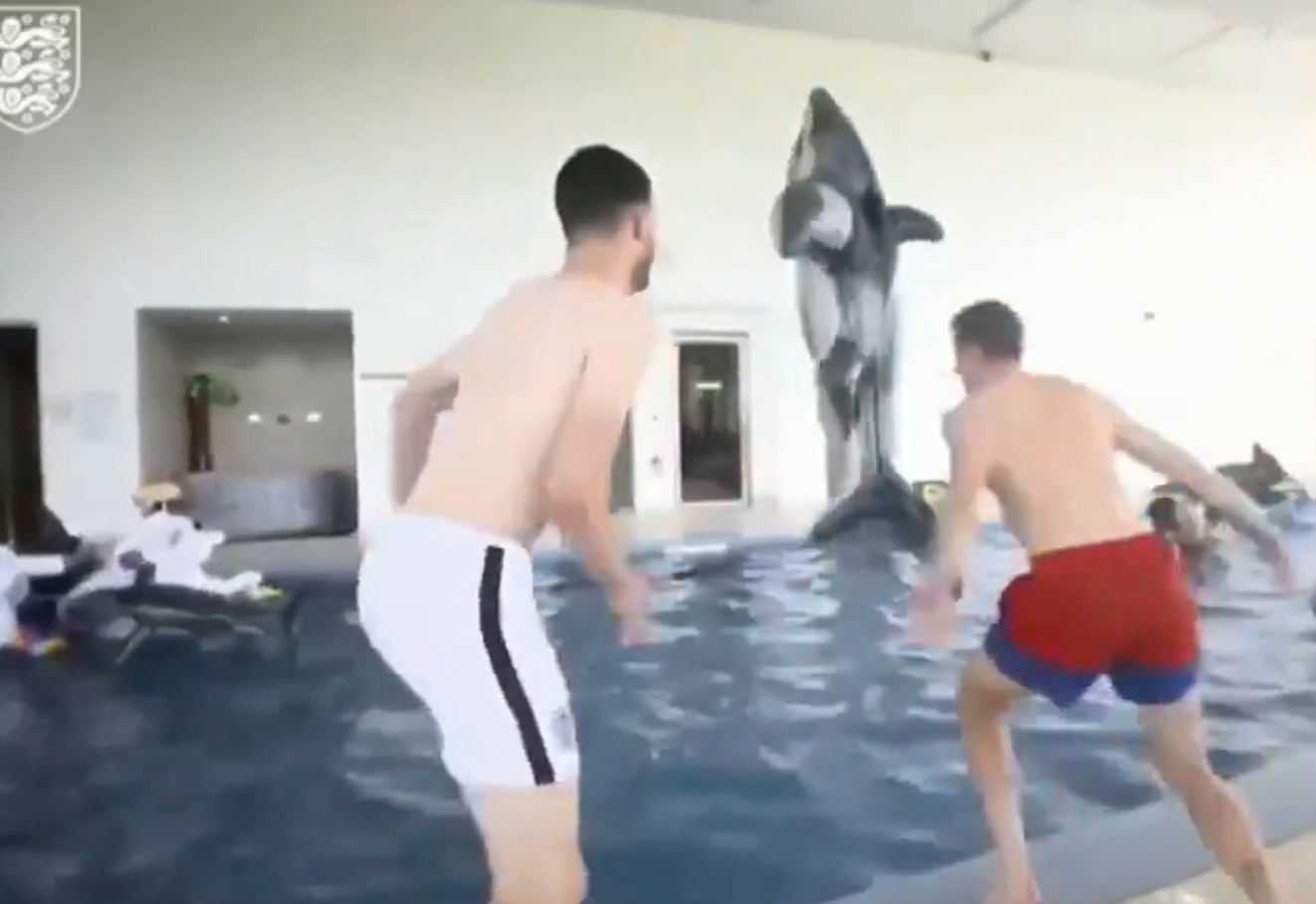 After their victory over Ukraine in Rome, England have jetted back to their St George's Park training base ahead of their date at Wembley.

A number of the players have been taking full advantage of the facilities on offer including the indoor swimming pool.

But none more so than Rice and Mount who paid tribute to WWE legend Edge and left Twitter users in stitches with their antics.

Footage from the BBC shows Rice setting his England team-mate up with the spear move as he tackles the shark into the water.

Rice is heard shouting: "And it's Edge… he's coming off the top rope…"

Mount then flies into shot before Mount launches himself at the inflatable.

Rice is then creasing at the camera to further show that the duo are living the dream.

One fan commented: "Declan Rice is the next big thing in WWE." 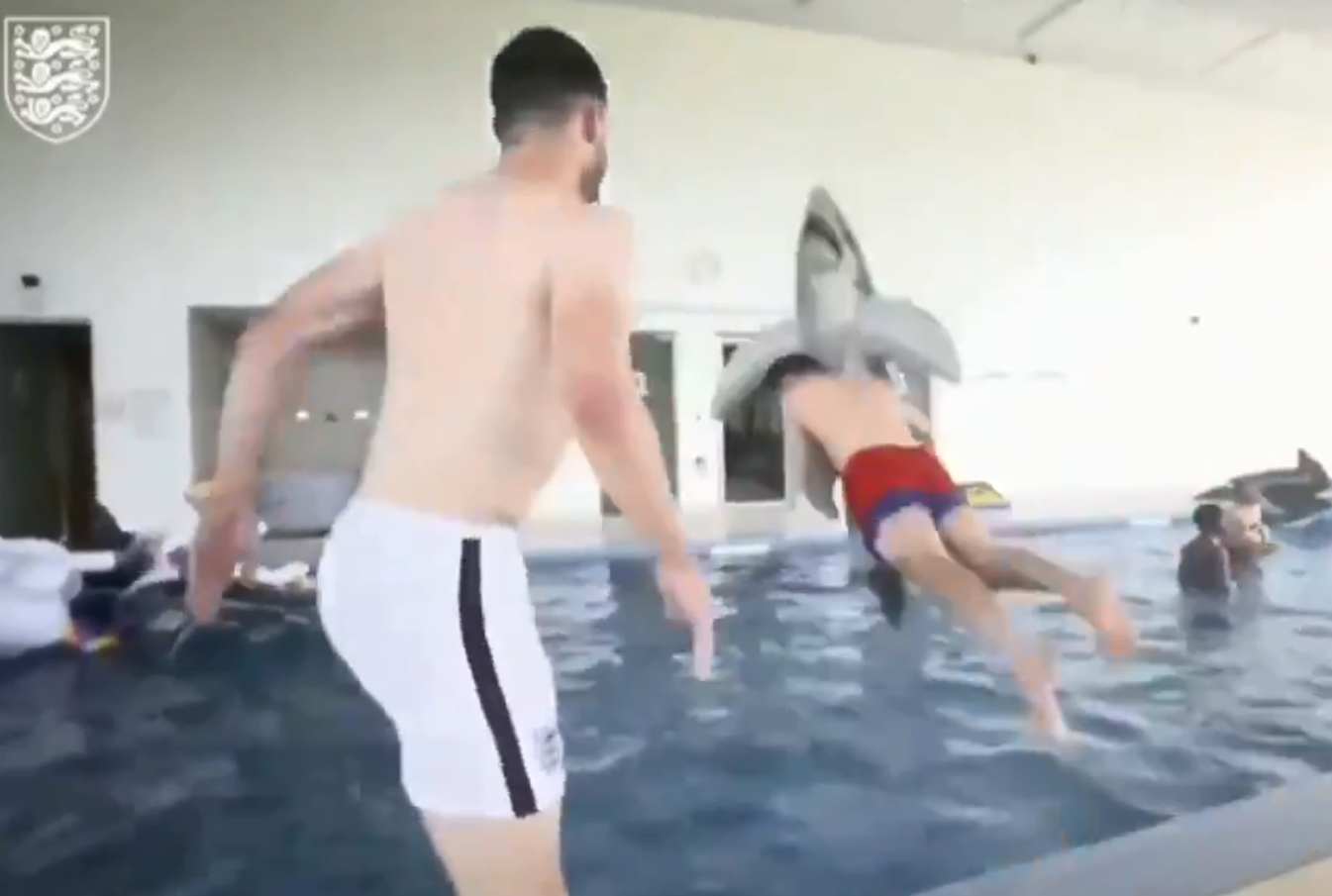 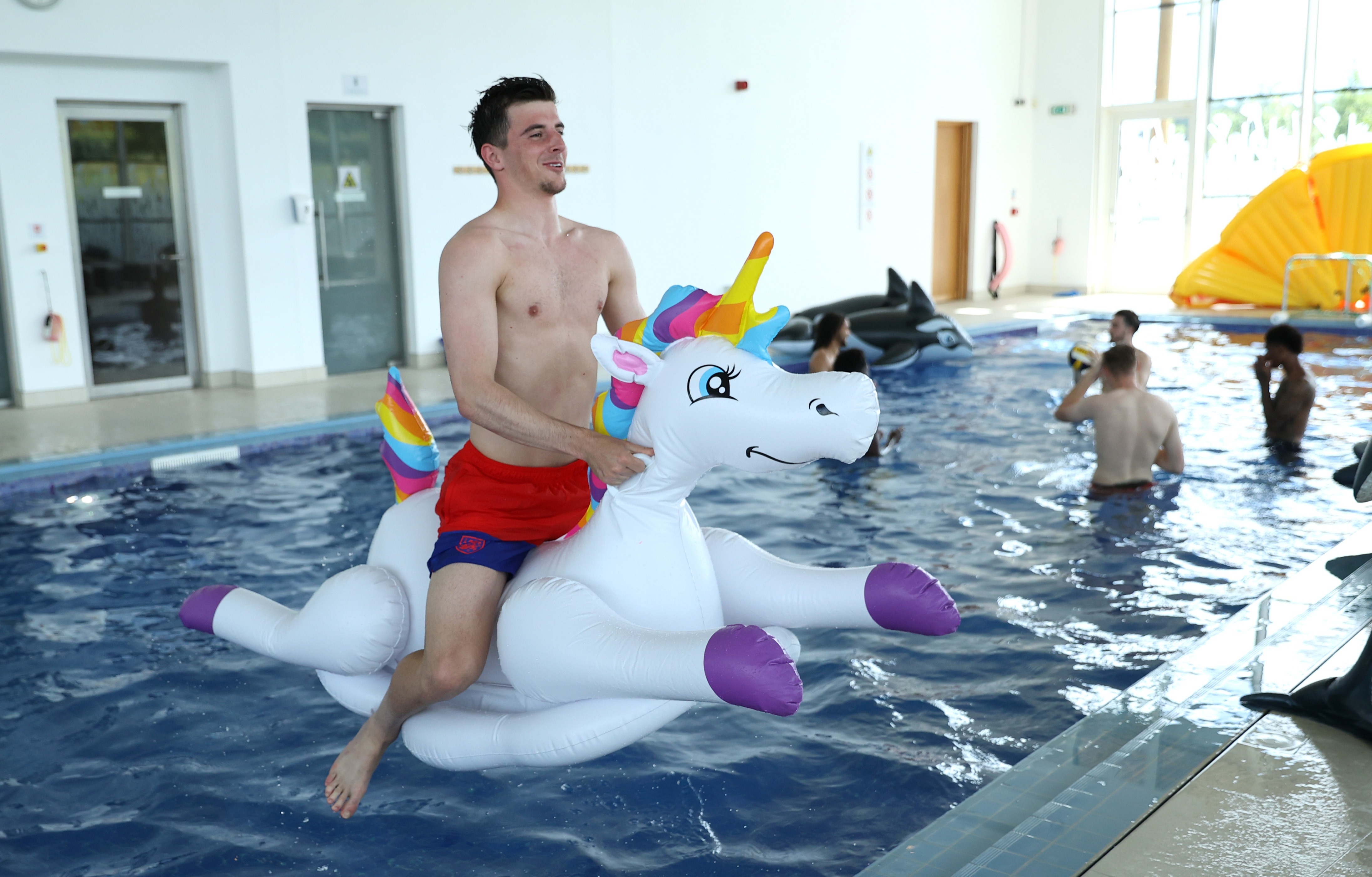 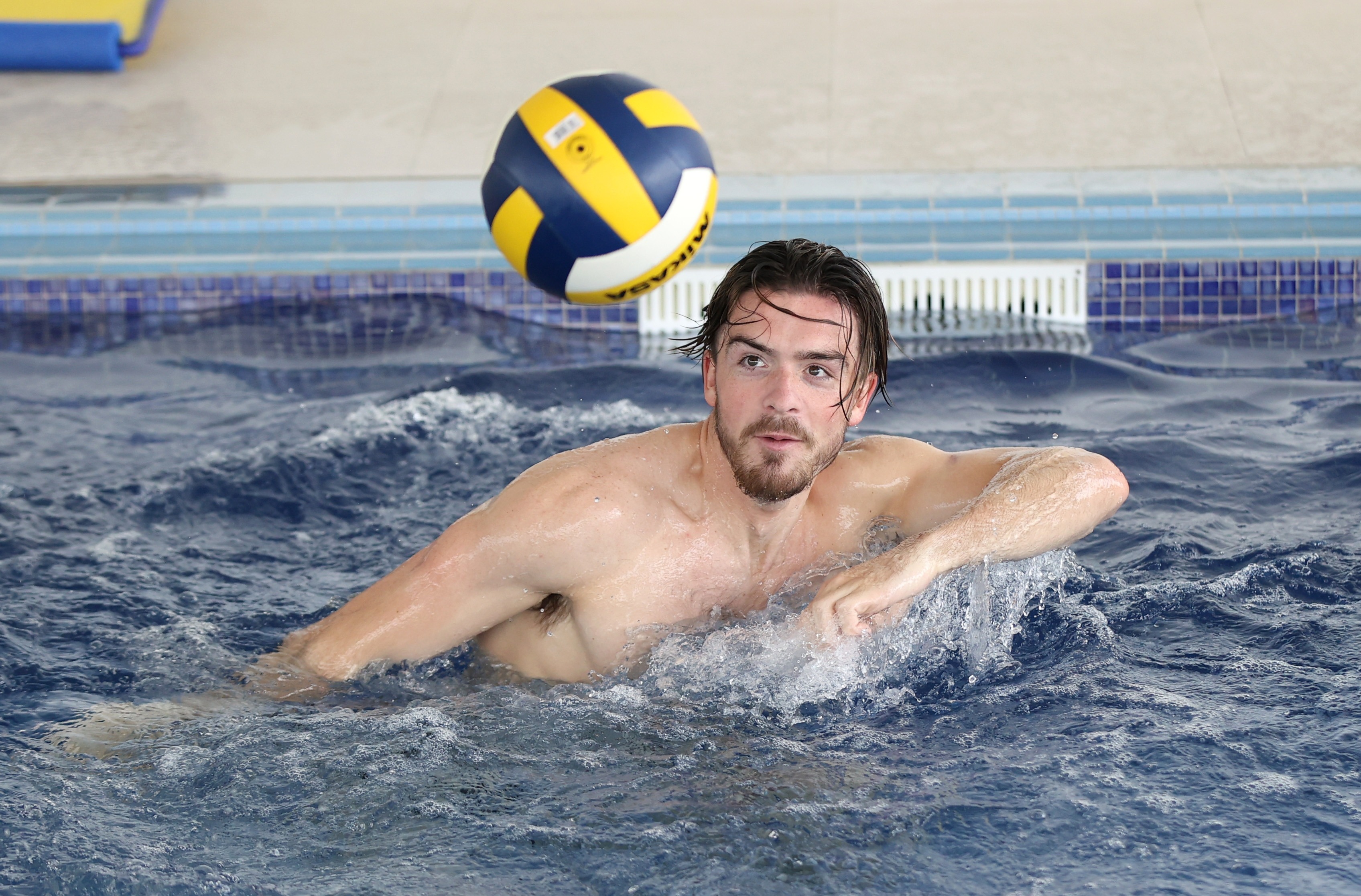 Another added: "Seeing Mount and Rice pretending to be WWE's Edge is what it's all about. You can't underestimate team spirit."

In other clips, the likes of Bukayo Saka can be seen unsuccessfully riding an inflatable unicorn while a group including Dominic Calvert-Lewin, Jadon Sancho and Jack Grealish play a game of head tennis.

Away from the swimming pool, England got down to business on the training pitch today as they stepped up their final preparations.

The entire squad trained on Monday morning, including the newly-christened left-back 'Shawberto Carlos'.