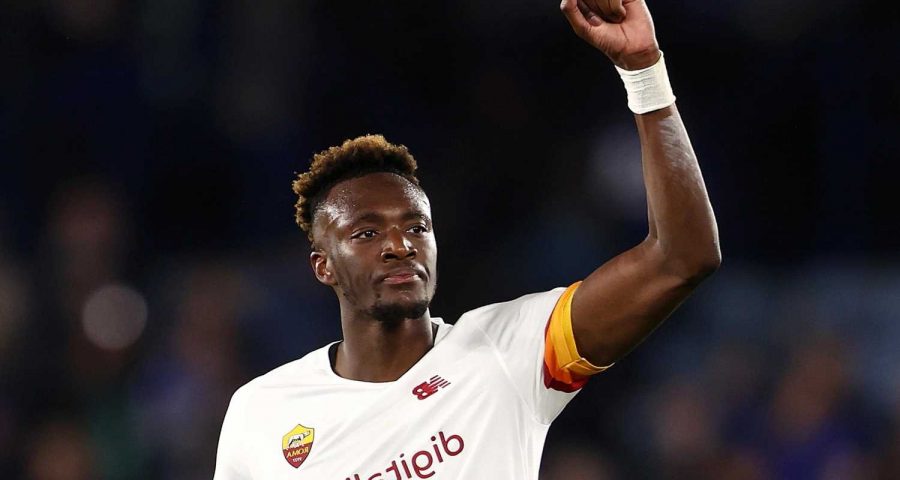 TAMMY ABRAHAM left the Leicester defence dazed with his skills for Roma on Thursday night.

Abraham, 24, is thriving under Jose Mourinho after his £34million move to the Italian capital last summer. 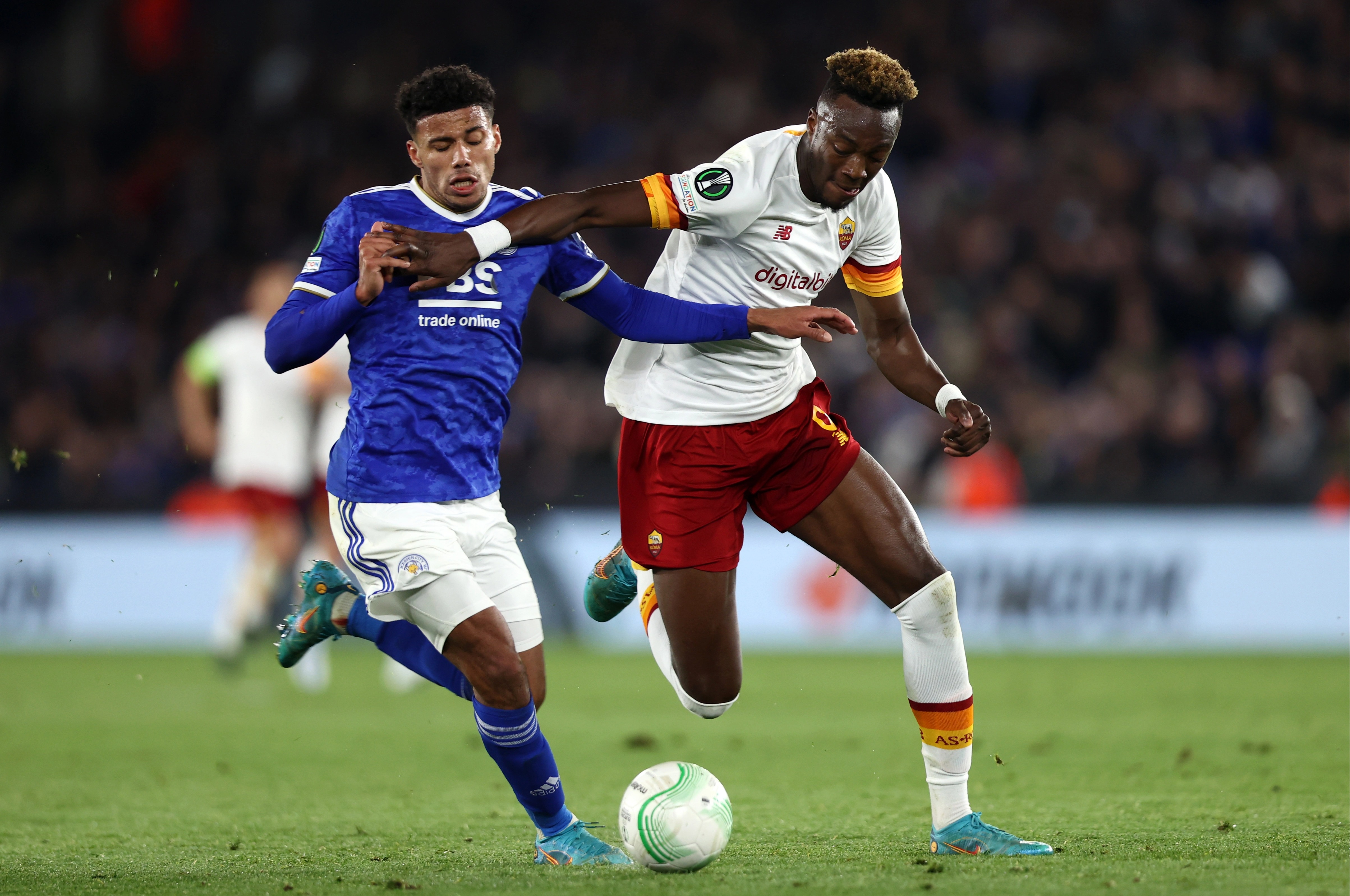 The former Chelsea striker took the ball down, dodged the defence with a stop and a stutter, then backheeled into the path of team-mate Sergio Oliveira.

Jermaine Jenas on BT commentary was impressed with "the inventiveness, the skill, and the awareness" of Abraham.

The Romans drew 1-1 at Leicester in the Europa Conference League semi final first leg and Abraham caused problems for the host's defence.

Despite not getting on the scoresheet against the Foxes, he has scored EIGHT times in the competition so far. 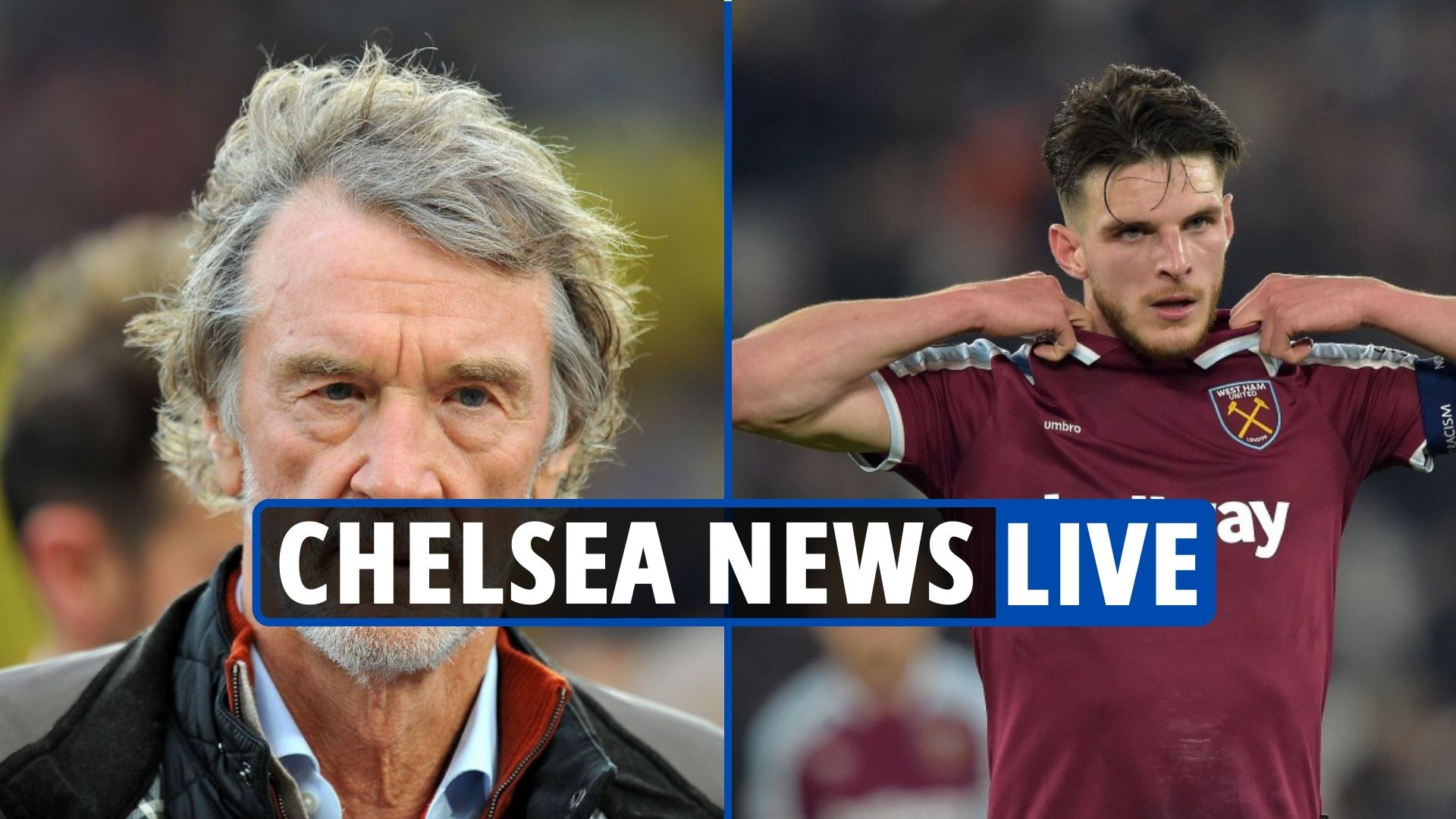 William Hill betting offer: Get £30 in FREE BETS when you sign up and bet £10

The Londoner has set a new club record for most goals in a debut season at Roma, previously held by icon Gabriel Batistuta.

Argentine hitman Batistuta and Vicenzo Montella both previously held the goal-scoring record in their debut seasons for the club, each registering 21.

Abraham has smashed that tally, moving onto 24 for the term.

His electric form earned him a call up to the England squad for friendlies against Switzerland and the Ivory Coast earlier this year.

Most read in FOOTBALL

And fans on social media were impressed with the youngster's play on Thursday evening.

Another added: "Chelsea why did you let him go again??"

One sad Arsenal fan claimed: "Lacazette would do his ACL tryna do that."