JON RAHM celebrated his 26th birthday yesterday by making an incredible hole in one at Augusta – for the second day running!

Rahm made an ace at the 240 yards fourth hole on Monday which he described as ‘pretty special’. 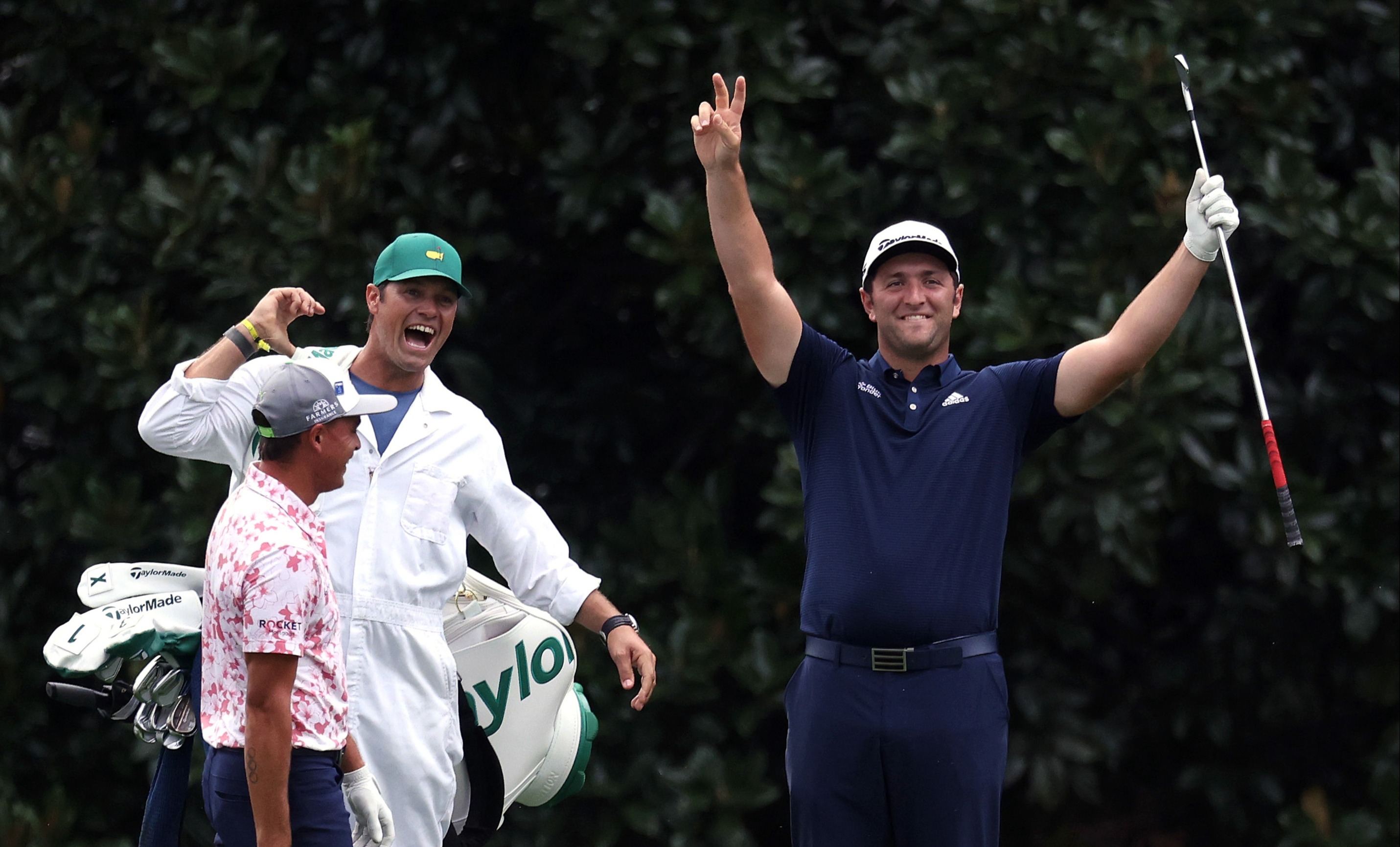 The world No 2 moved a few yards forward from the tee, and dropped his ball near the side of the lake, before skipping it across the water onto the green – a popular tradition during practice rounds at the Masters.

But he watched in disbelief as his ball ran up to the back of the green, did a slow U-turn, and tracked back towards the flag, before disappearing into the hole.

Rahm let out a delighted yell and punched the air, and high fived caddie Adam Hayes.

Fowler – who was partnering him for the second day running – laughed out loud before also exchanging a high five.

The only pity was that there were no fans present to see Rahm’s amazing feat.

But he made sure this was one birthday he will never forget.