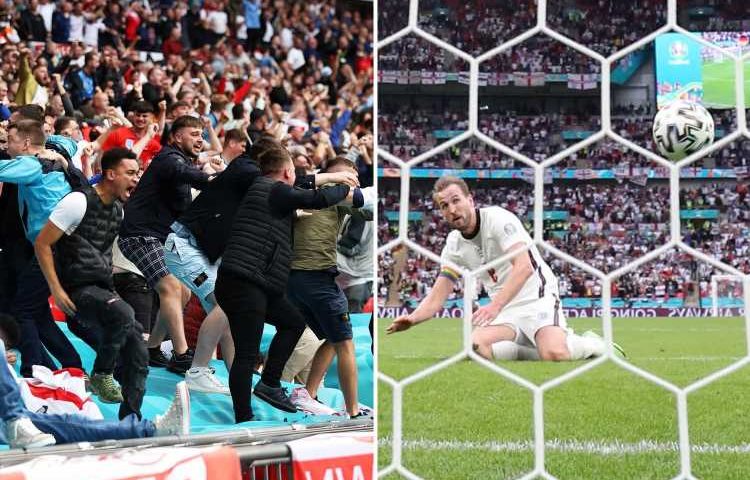 HARRY KANE sent Wembley wild as fans celebrated a famous win over Germany and spot in the European Championship quarter-finals.

The England skipper was facing finishing another game off the boil as he searched for his first goal of the tournament. 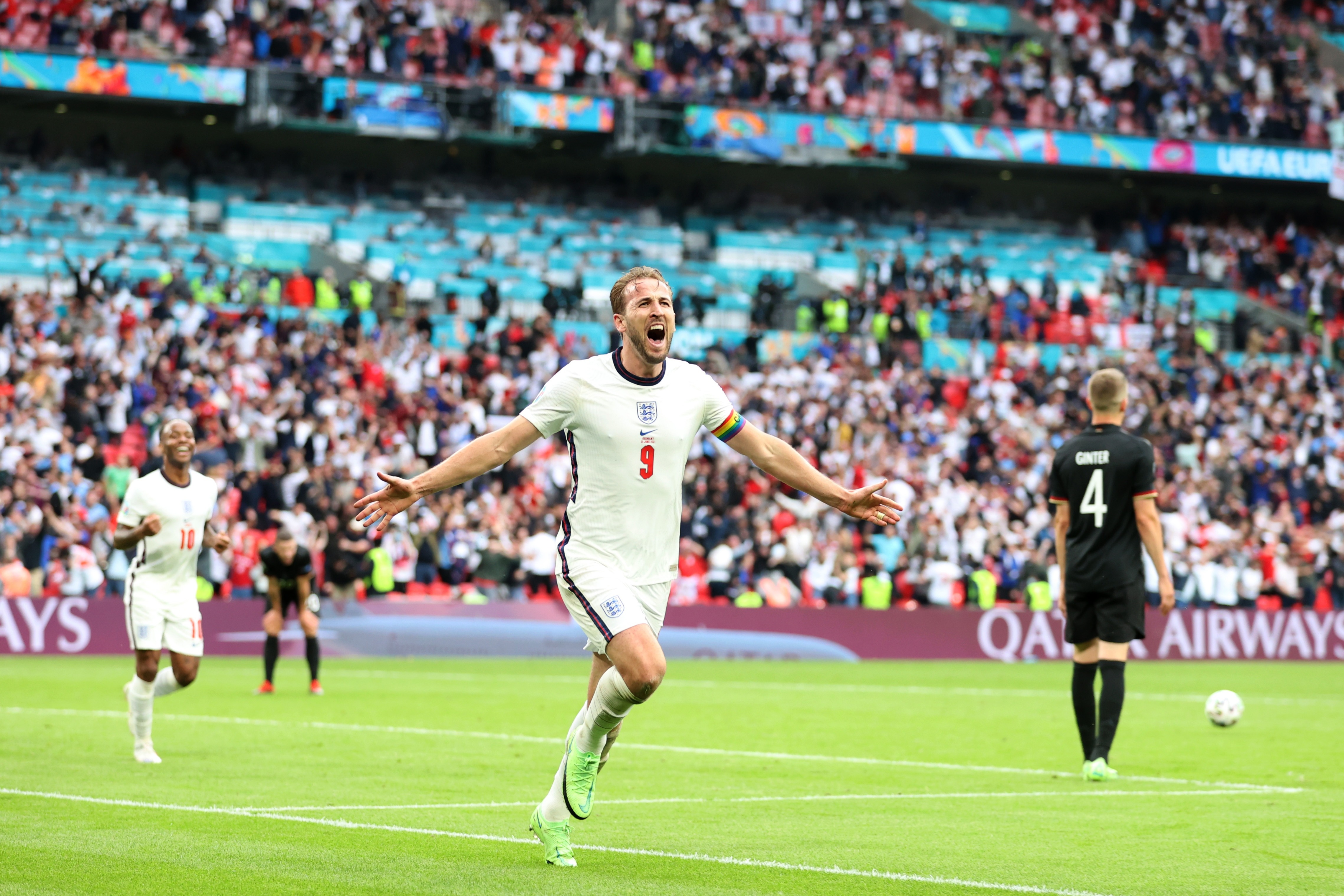 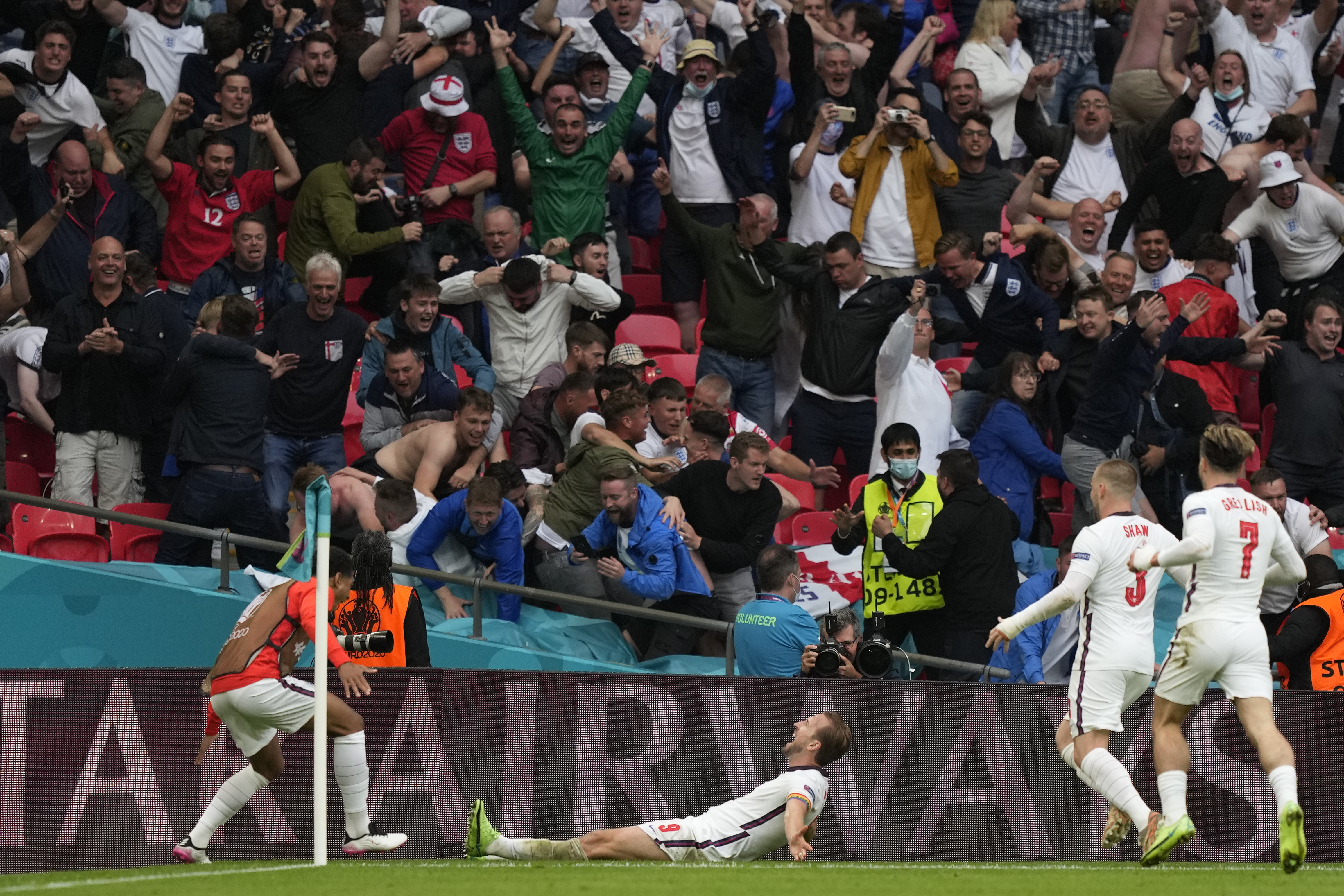 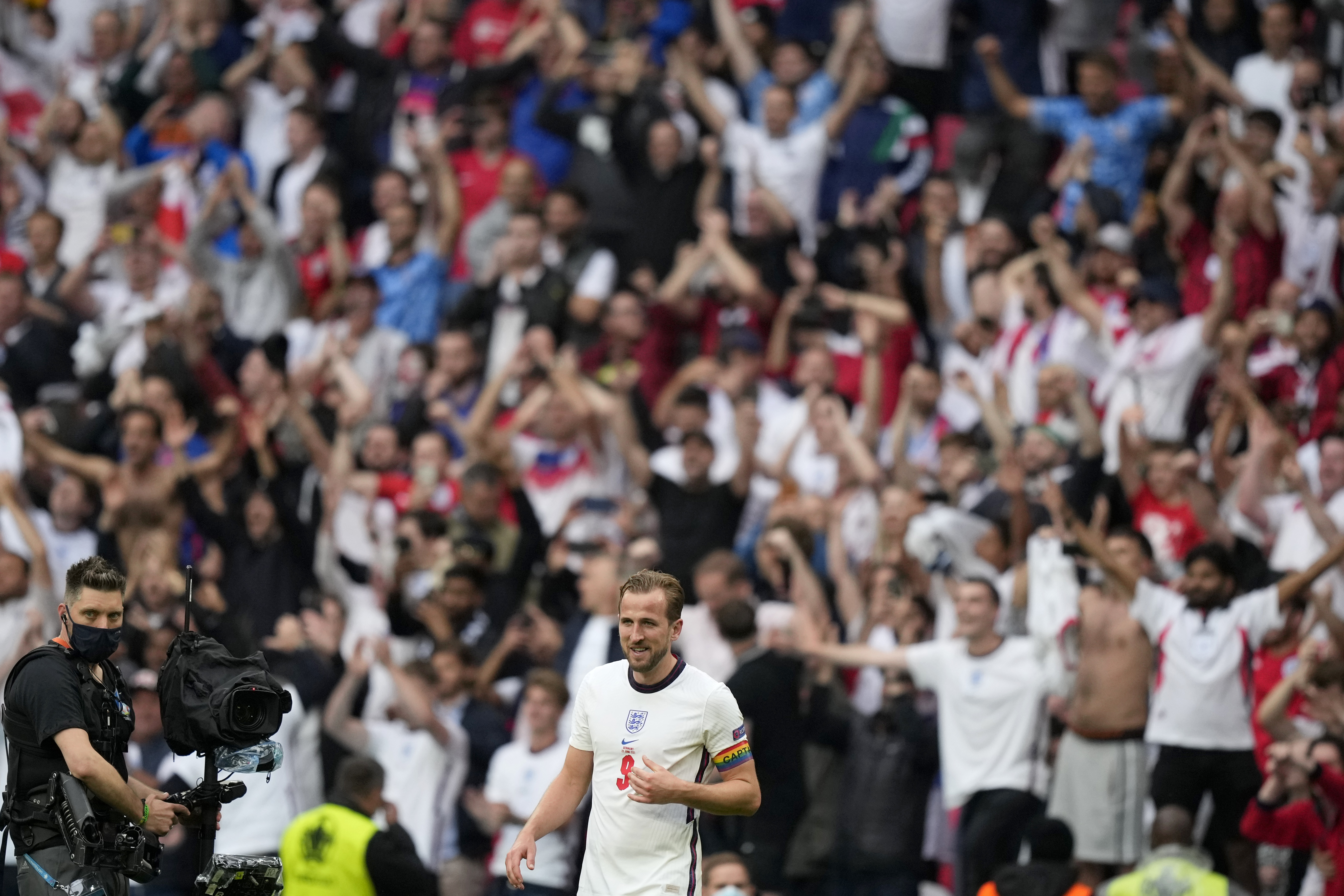 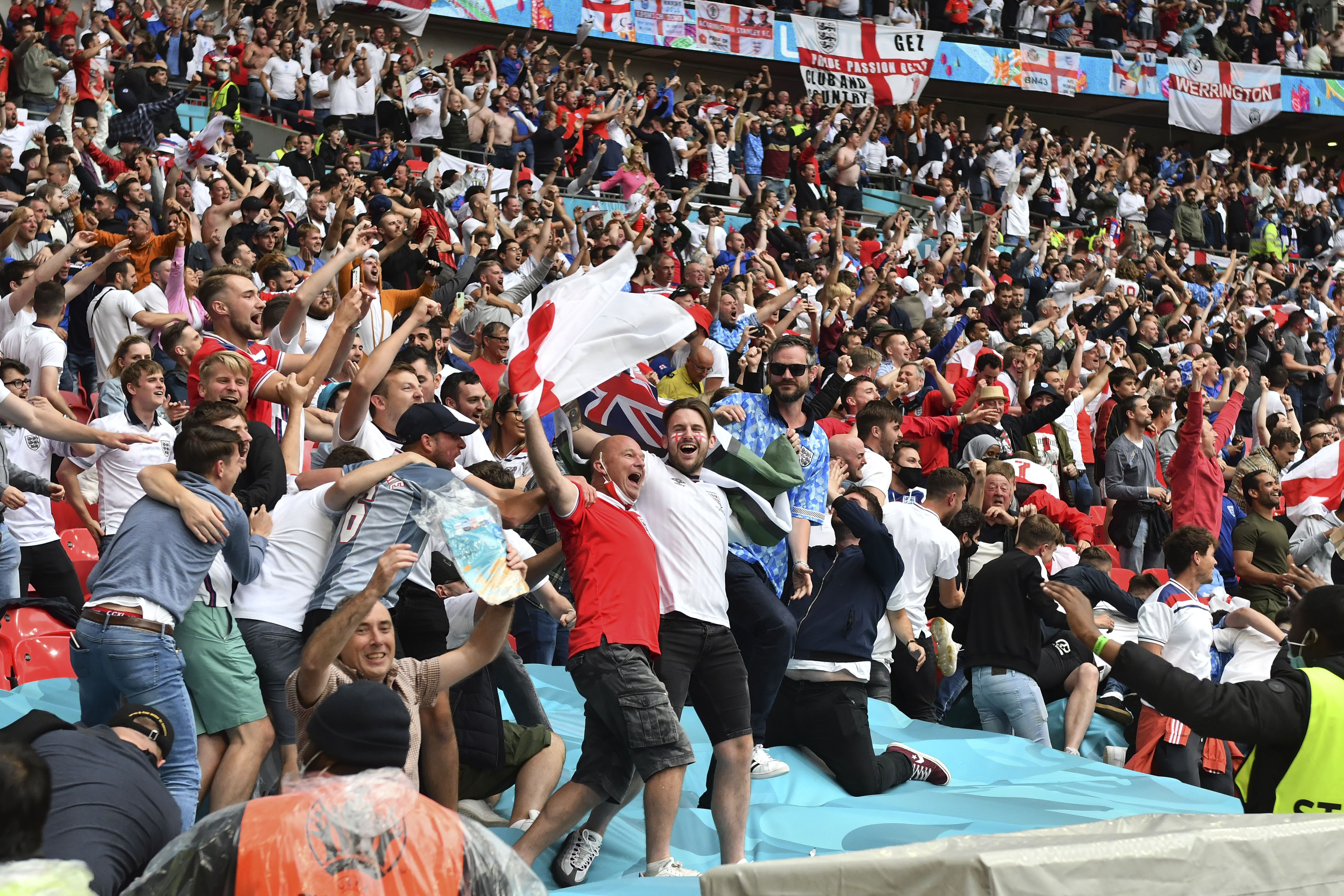 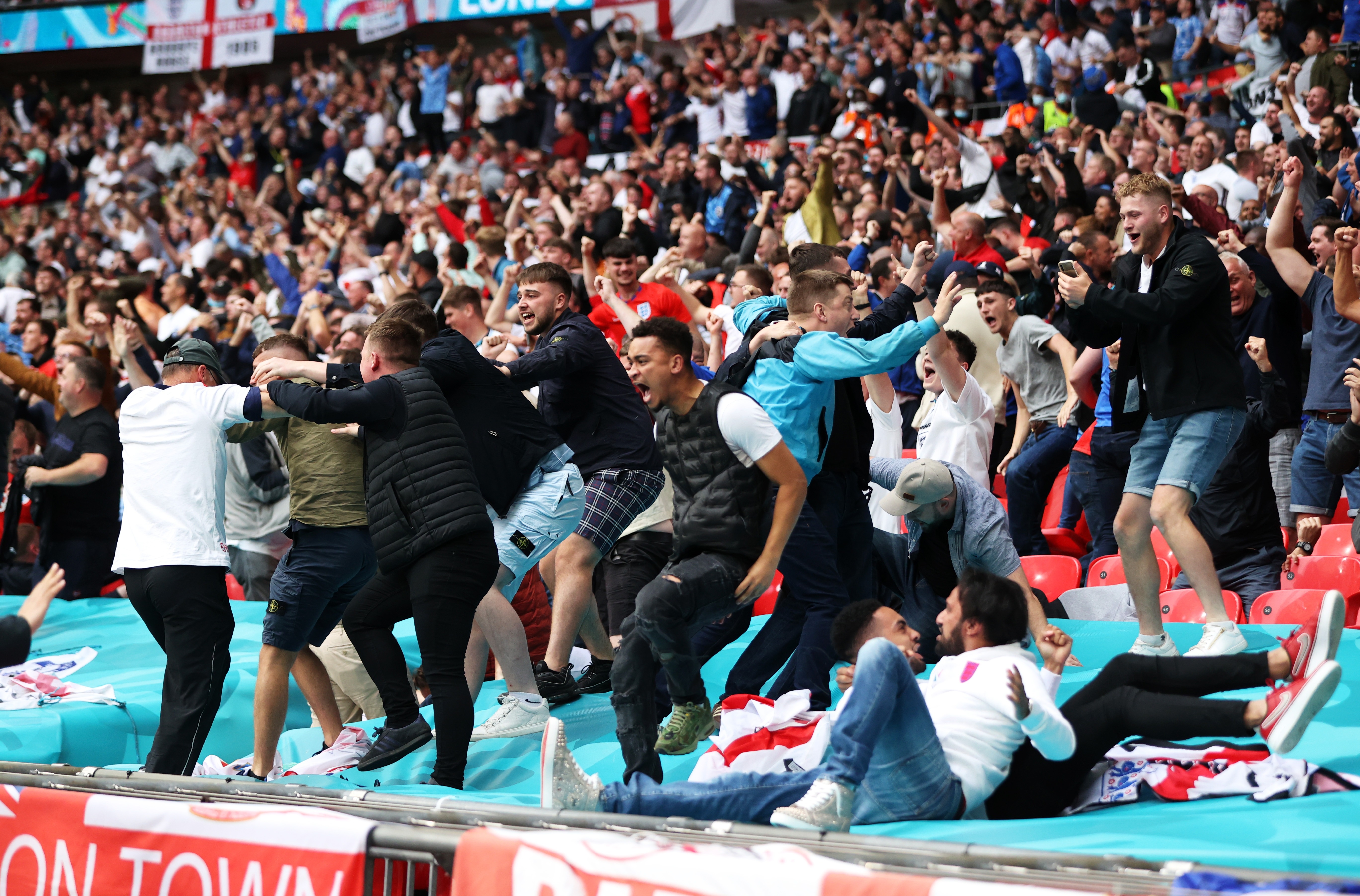 And with Raheem Sterling putting the Three Lions ahead on 75 minutes, Kane had his moment of glory ten minutes later.

Wembley's 45,000-capacity was sent roaring with fans across the nation sent into meltdown.

Left-back Luke Shaw had set Sterling up with the opener, the Manchester City forward's third in four games.

England reach their first Euros quarter-final since 2012 and now await either Ukraine or Sweden.

Declan Rice led the celebrations as he was replaced on 88 minutes with the match already won.

And he believes England's performance proved any doubters wrong with a famous and historic German triumph.

"If you look at the group stages, a lot of people had written us off., complaints about the performances, not scoring enough goals.

"You read a load of things but as players you put them to the back of your mind but you want to prove people wrong.

"I think today with a full house, everybody had that fire in their belly to go out there and for one, knock Germany out of the tournament and two, for us to progress to the next round.

“It’s history. In the press conferences all week players have been asked about past games with Germany but we’ve created our own little bit of history today.

"We’ve made the most of our opportunity today and it was a pleasure to be out there on the pitch.”