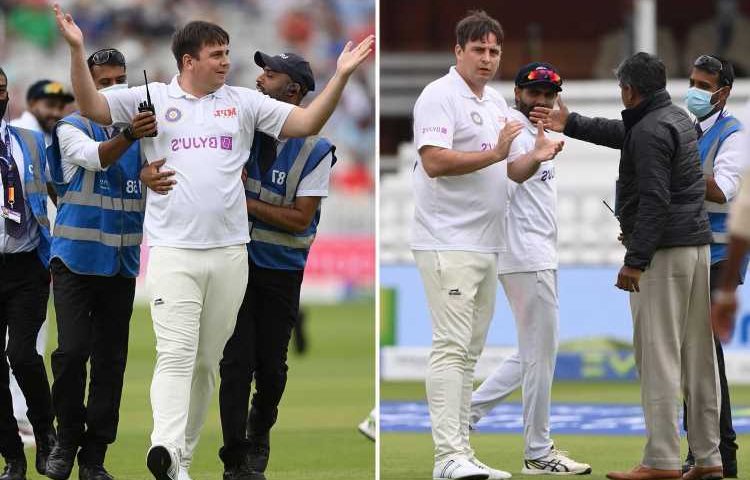 A CRICKET FAN invaded the pitch at Lord's during England's Test match with India, claiming to be a PLAYER.

The supporter, who was wearing a full India kit, hilariously argued with security at the ground before being escorted off the premises. 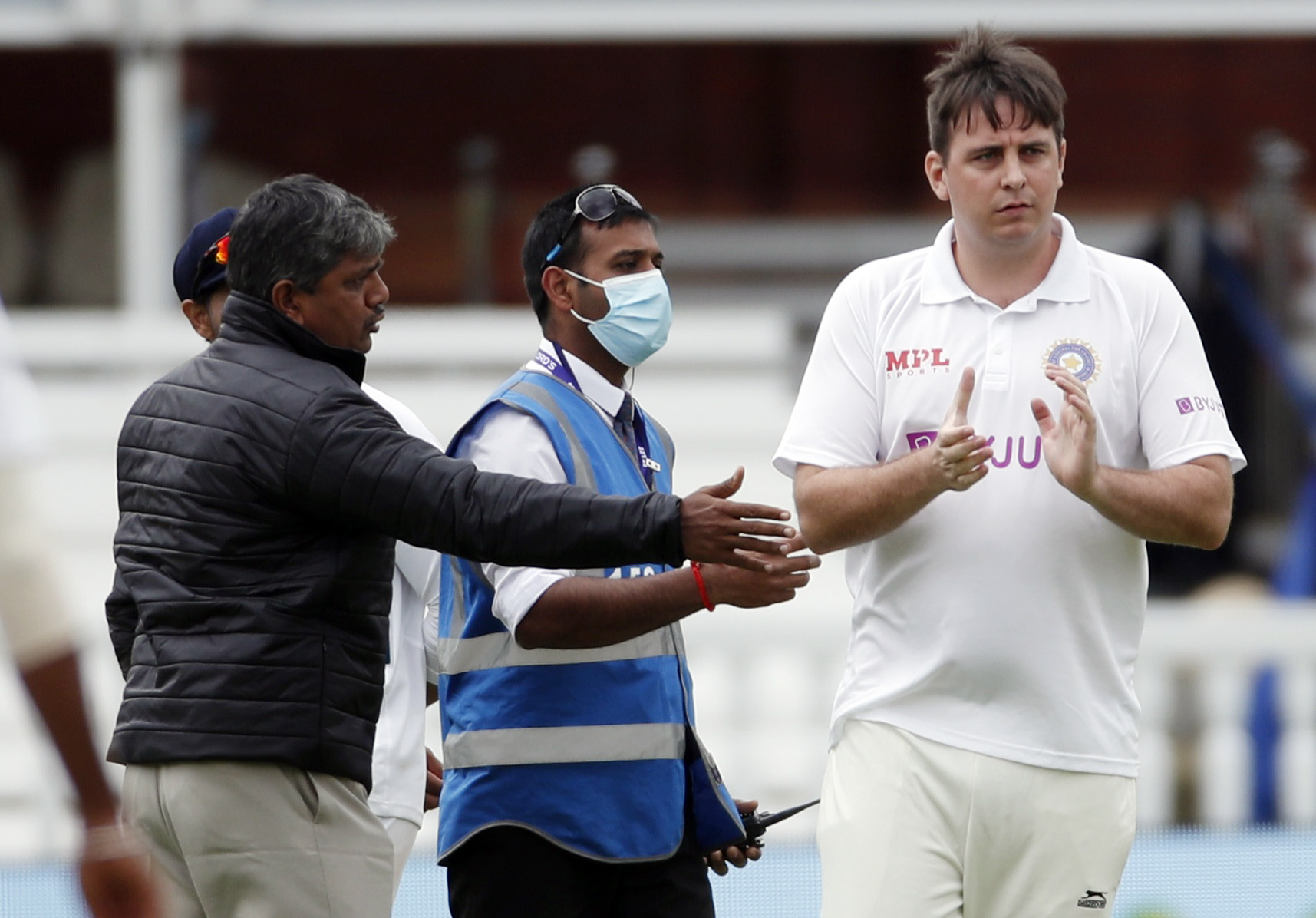 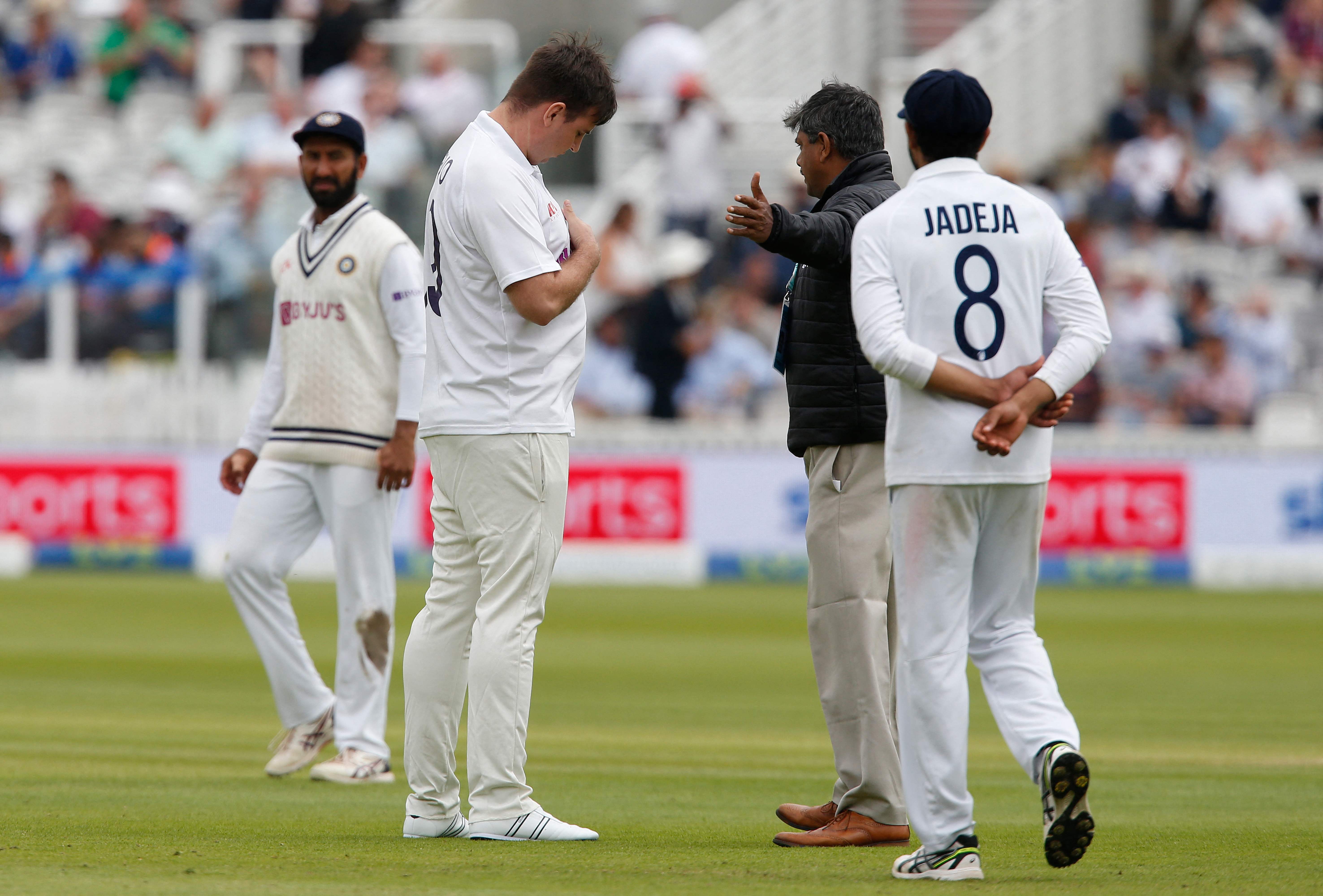 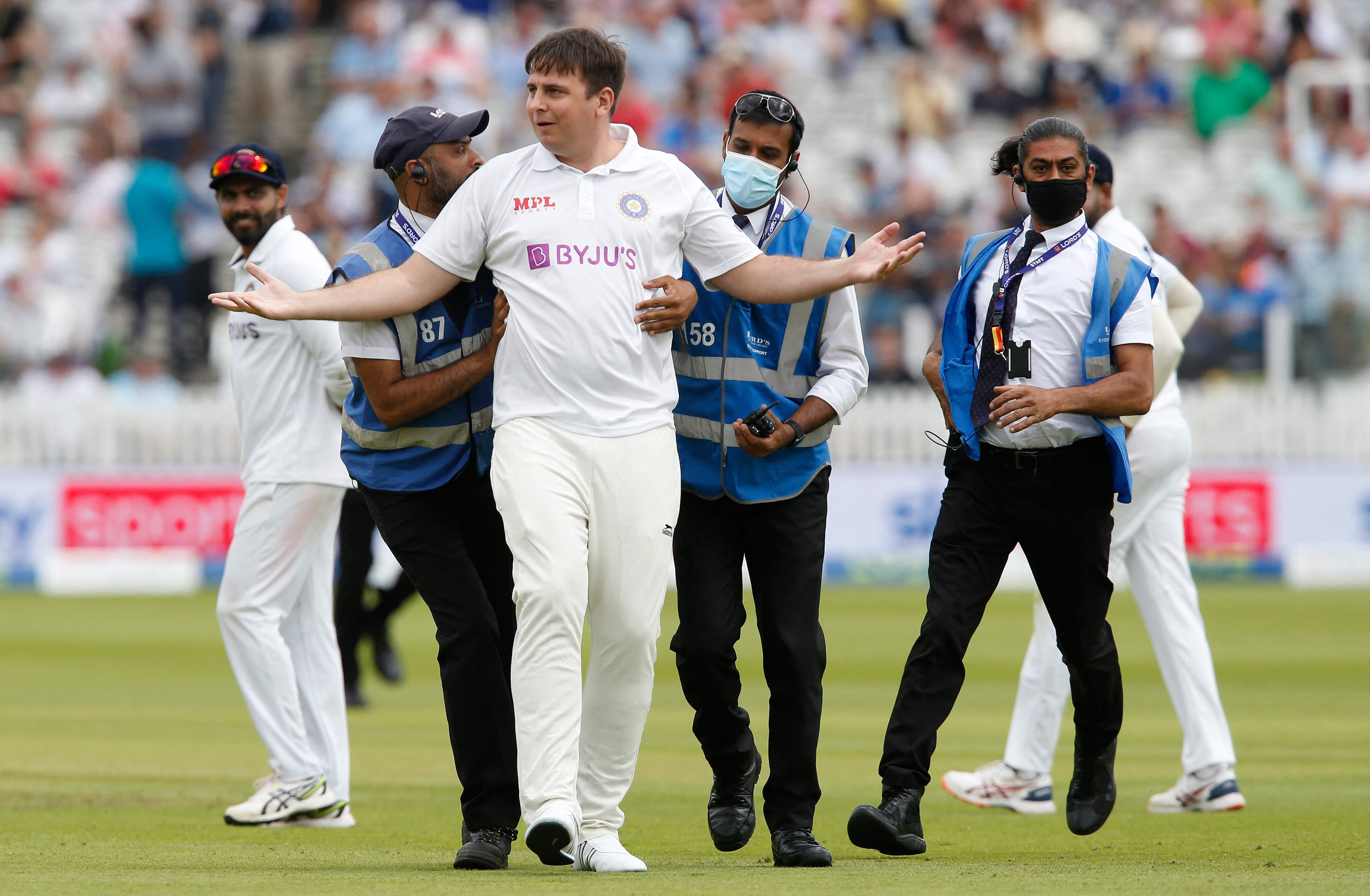 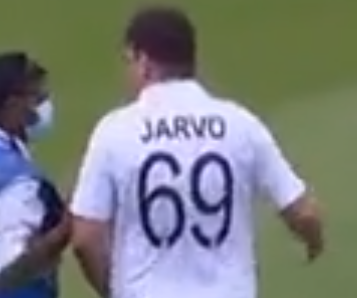 The incident happened during Day 3 of the Test match, with the fan sporting 'Jarvo 69' on the back of his India shirt.

The bloke tried to argue with security, pointing to the badge and appearing to tell the guard: "I'm an India player."

Four stewards then entered the field to take Jarvo away, with Indian stars Mohammed Siraj and Ravindra Jadeja left in stiches as play resumed.

Perhaps India captain Virat Kohli should have thrown the ball to Jarvo as the tourists endured a difficult day at Lord's.

It was Root's 22nd Test century, taking him past 9,000 career runs in the format – the second youngest man to reach that milestone at 30.

Fellow Yorkshireman Jonny Bairstow also delivered at the Home of Cricket, scoring 57 before a poor shot led saw him caught in the slips by Kohli.

Fans were loving Jarvo's antics on social media, with one tweeting: "Reckon India should give the ball to Jarvo if they want to get Root out."

While another wrote: "Nice try Jarvo but it was never going to happen!"

And one Indian fan wrote: "We might very well need him in the second innings." 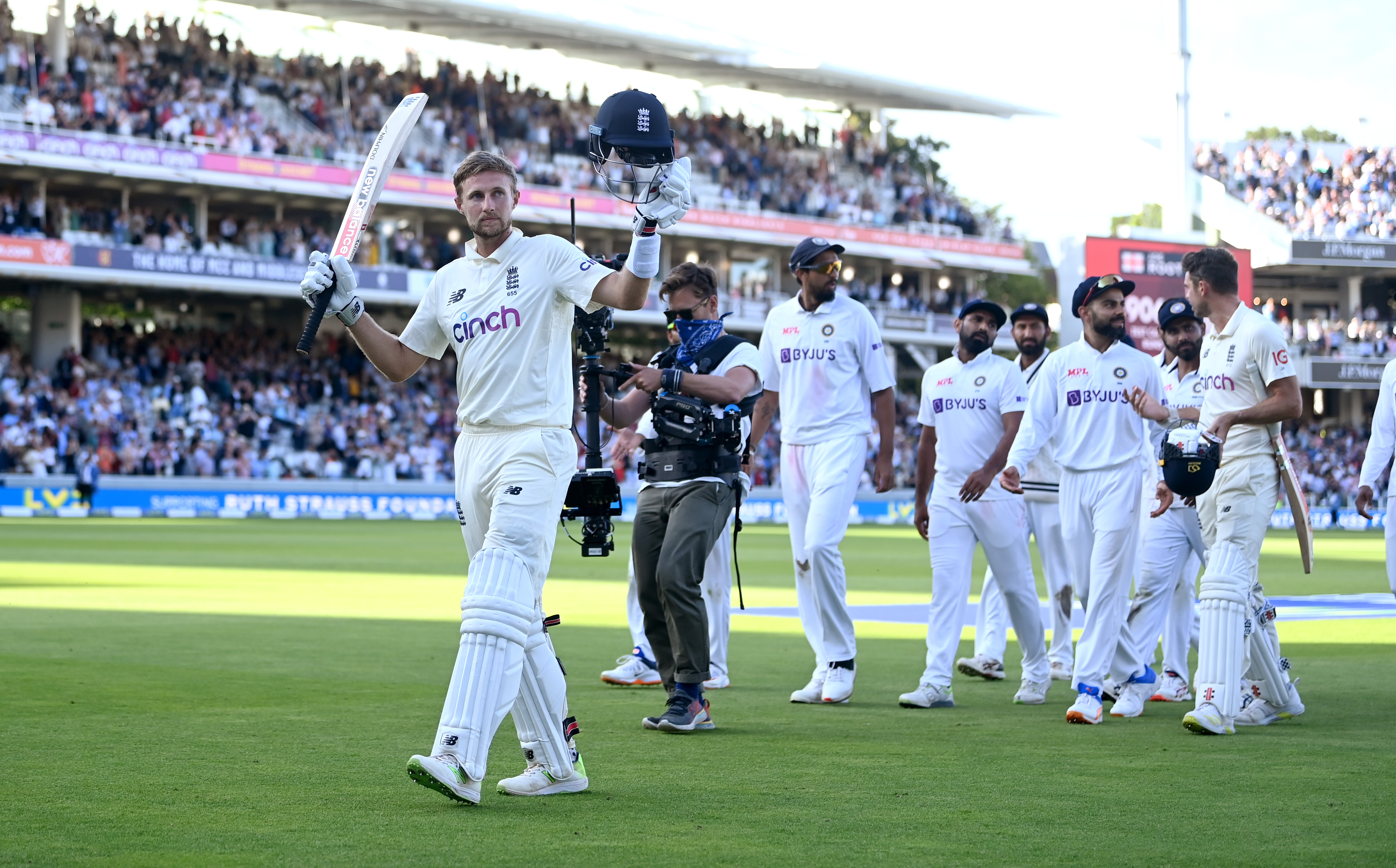