FOOTAGE has emerged of NBA star Rudy Gobert jokingly touching a set of microphones – just two days before he tested positive for coronavirus. 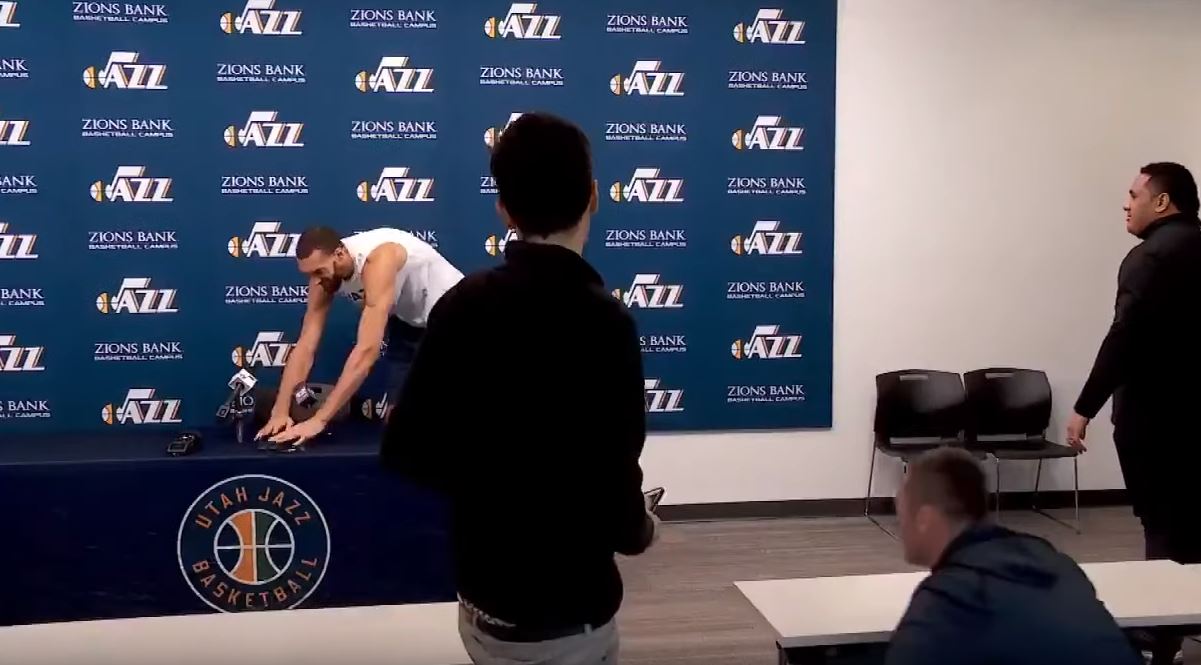 And viewers were quick to point out his irresponsible behaviour when finishing a press conference and making sure he wiped his hands on each microphone for a joke about the outbreak.

Only 48 hours later, Gobert tested positive for the virus that was last night declared an official pandemic.

It is not known whether or not the 27-year-old centre was contagious at the time but many have taken it as a case in point not to mock the illness.

The NBA season was officially postponed on Wednesday night as US president Donald Trump banned all travel from mainland Europe.

At least 1,250 people have caught coronavirus in the country, the majority of cases focused on the states of California, New York and Washington.

Major League Baseball authorities are also considering playing games behind closed doors or moving them to less-affected areas ahead of the new season beginning later this month. 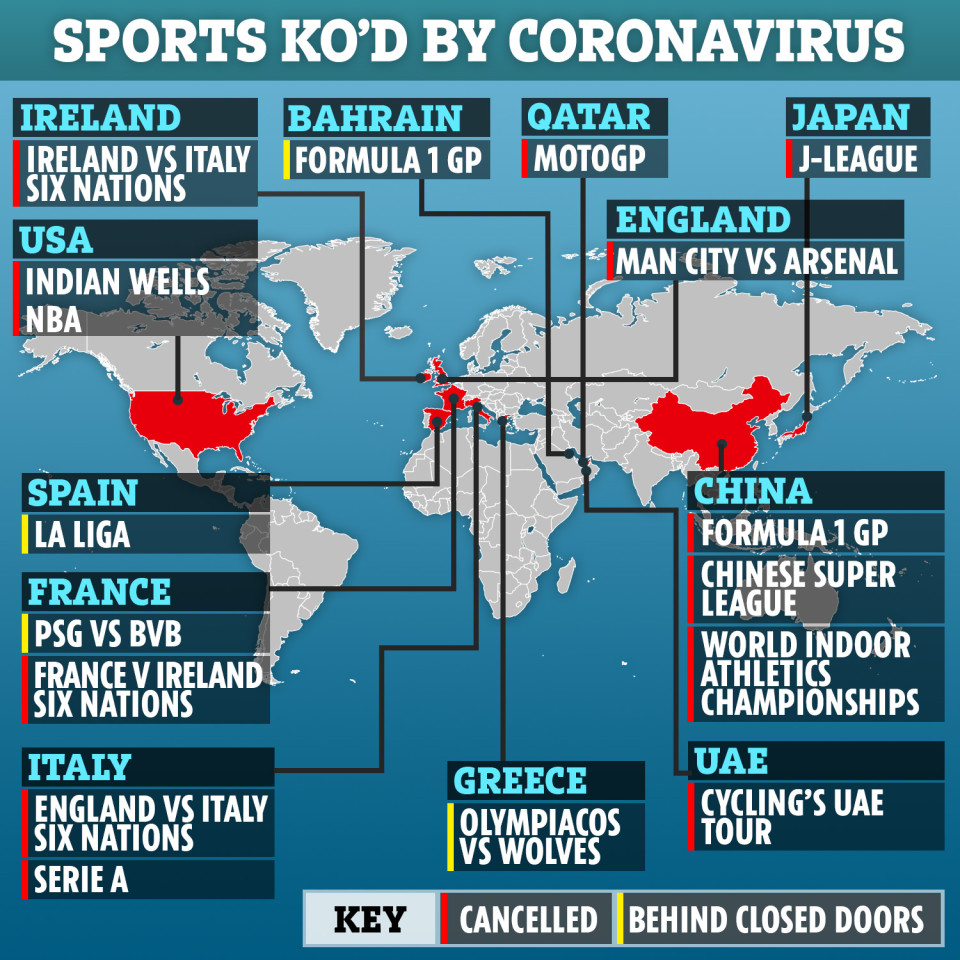 The NBA's statement on suspending games read: "The NBA is suspending game play following the conclusion of Wednesday's schedule of games until further notice.

"The NBA will use this hiatus to determine next steps for moving forward in regard to the coronavirus pandemic."

Gobert is reportedly feeling fine as players from both Utah Jazz and Oklahoma City Thunder, whose fixture was cancelled minutes before the tip-off on Wednesday night, await test results for coronavirus.

The squads of the last five teams to face the Jazz are also reportedly being told to self-isolate in case they were infected.

Such news was emphasised in how fans reacted to the images of Gobert idiotically smearing the microphones with his hands.

One viewer called it: "Top 10 pictures taken seconds before disaster."

And another commented: "Irresponsible behaviour. I'm not saying its his fault for getting sick, but you gotta be smarter during a global pandemic."