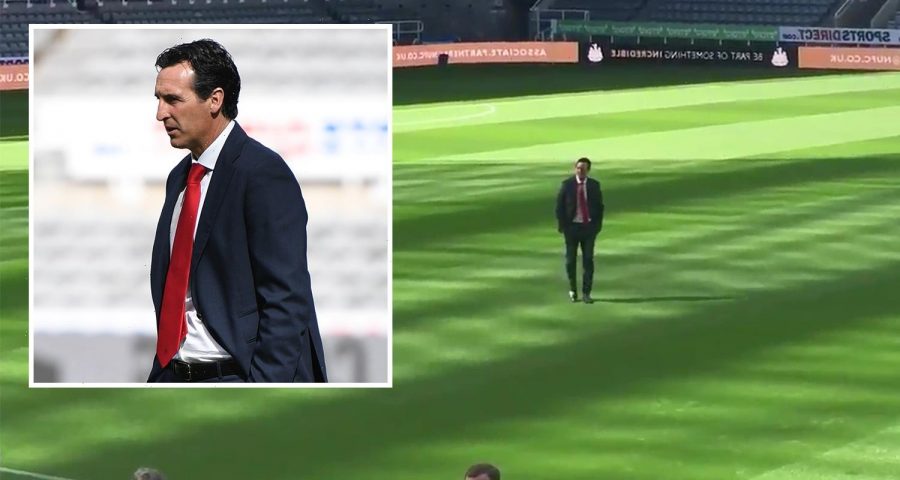 NEWCASTLE want Unai Emery to be their new manager – and it seems the feeling is mutual. 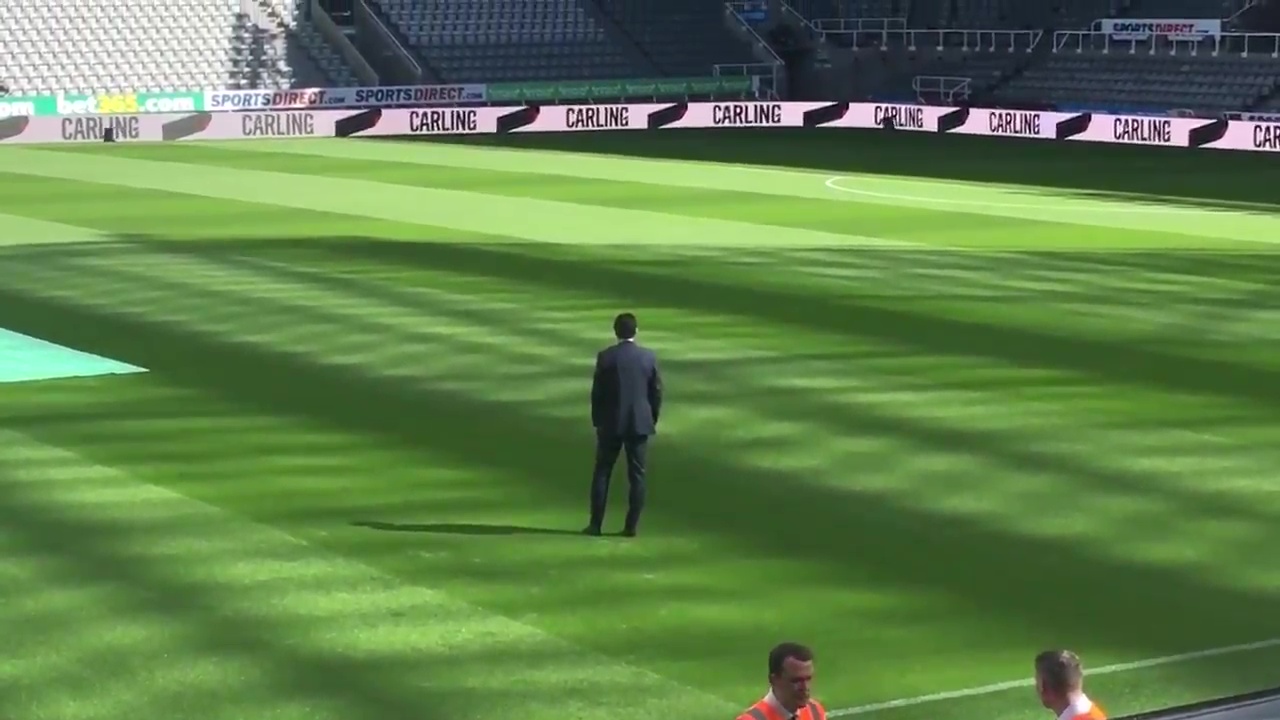 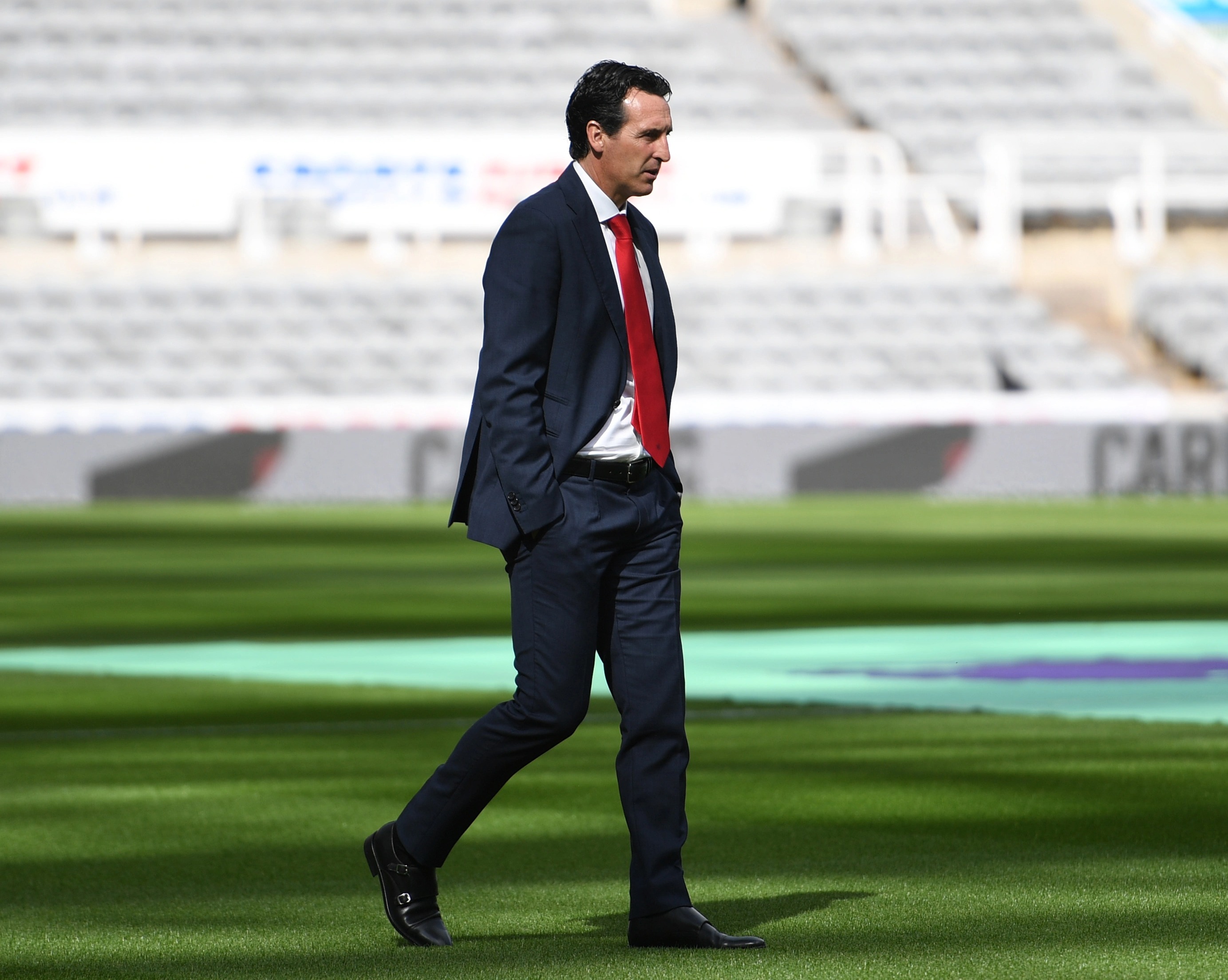 The hunt for a new boss has raged on every since, with Graeme Jones taking temporary charge.

Toon chiefs quickly narrowed the search down to Emery and Eddie Howe.

And report claim Emery, 49, will be in the hotseat for this weekend's game with Brighton.

Newcastle travel to the south coast for Saturday's 5.30pm kick off, before hosting Brentford a fortnight later, following the international break.

But it won't be Emery's first trip to St James' Park.

In fact, the Villarreal boss visited the stadium TWICE during his brief Arsenal tenure.

And a video of an awe-struck Emery taking the ground in for the first time in September 2018 – prior to a 2-1 win over the Toon – has left Newcastle fans beaming.

In the video, Emery can be seen standing at the heart of the iconic stadium, drinking in the impressive vista.

Seemingly unable to tear himself away, the Spaniard continues to stare at his black and white surroundings.

Playing in the background, Newcastle-born singer Jimmy Nail's 1995 hit Big River – a song about the city and rebuilding hope for the future – can be heard blaring out.

The song is synonymous with Toon fans, with some even showing off a banner featuring the lyrics following the club's takeover for the 3-2 defeat against Tottenham.

The clip of Emery at St James' Park has gone viral – now over three years on from the day it was filmed.

And Newcastle fans could barely hide their excitement, with one tweeting: "Gave me goosebumps."

A third added: "Hairs on my neck are up and I’ve got goosebumps. The financial backing with a winner as manager.. we’re gonna be alright!"

One commented: "He actually looks in awe of the place!"

And another concluded: "He really seems in awe of the stadium. He's a winner and plays a good style of football. Happy? Got to say yes."

Should Newcastle convince Emery to join, Villarreal will be owed £5.1million in compensation.

His current deal with the LaLiga side runs until the end of the 2022-23 season – but the north-east giants are confident that they will convince him to join.

Emery joined the Gunners in 2018, succeeding Arsene Wenger at the Emirates.

But he was sacked by the North Londoners in November 2019 following a difficult spell.

He has since rebuilt his reputation with Villarreal, most notably winning the Europa League last season – beating Manchester United in the final.

His side haven't had a good start to this season, though, sitting 13th in LaLiga having won just two of their opening 13 games.

Newcastle have been linked with a number of bosses, including Frank Lampard and Paulo Fonseca.

But Emery is the man they have identified to steer them away from the relegation zone before taking them towards the European places with the club's new financial power.