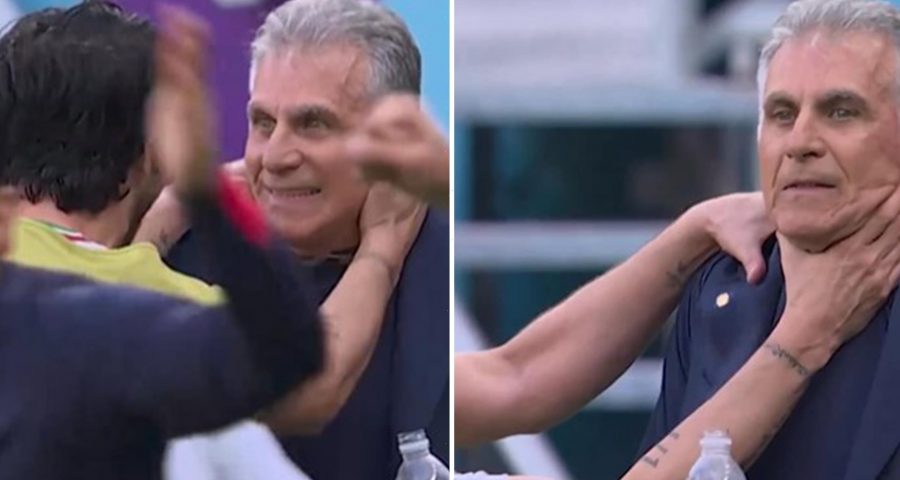 IRANIAN star Sardar Azmoun risked the wrath of his manager Carlos Queiroz – by STRANGLING him in celebration.

Emotions were understandably running high in the Iran dugout when Roozbeh Cheshmi struck their 99th-minute winner to break Welsh hearts. 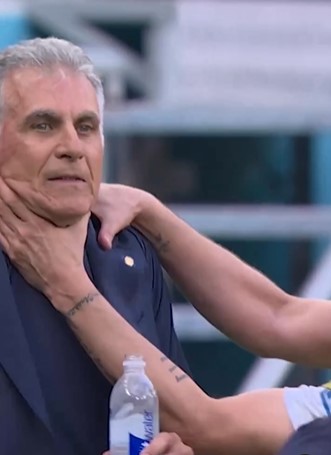 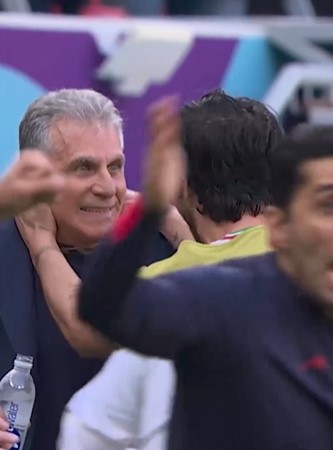 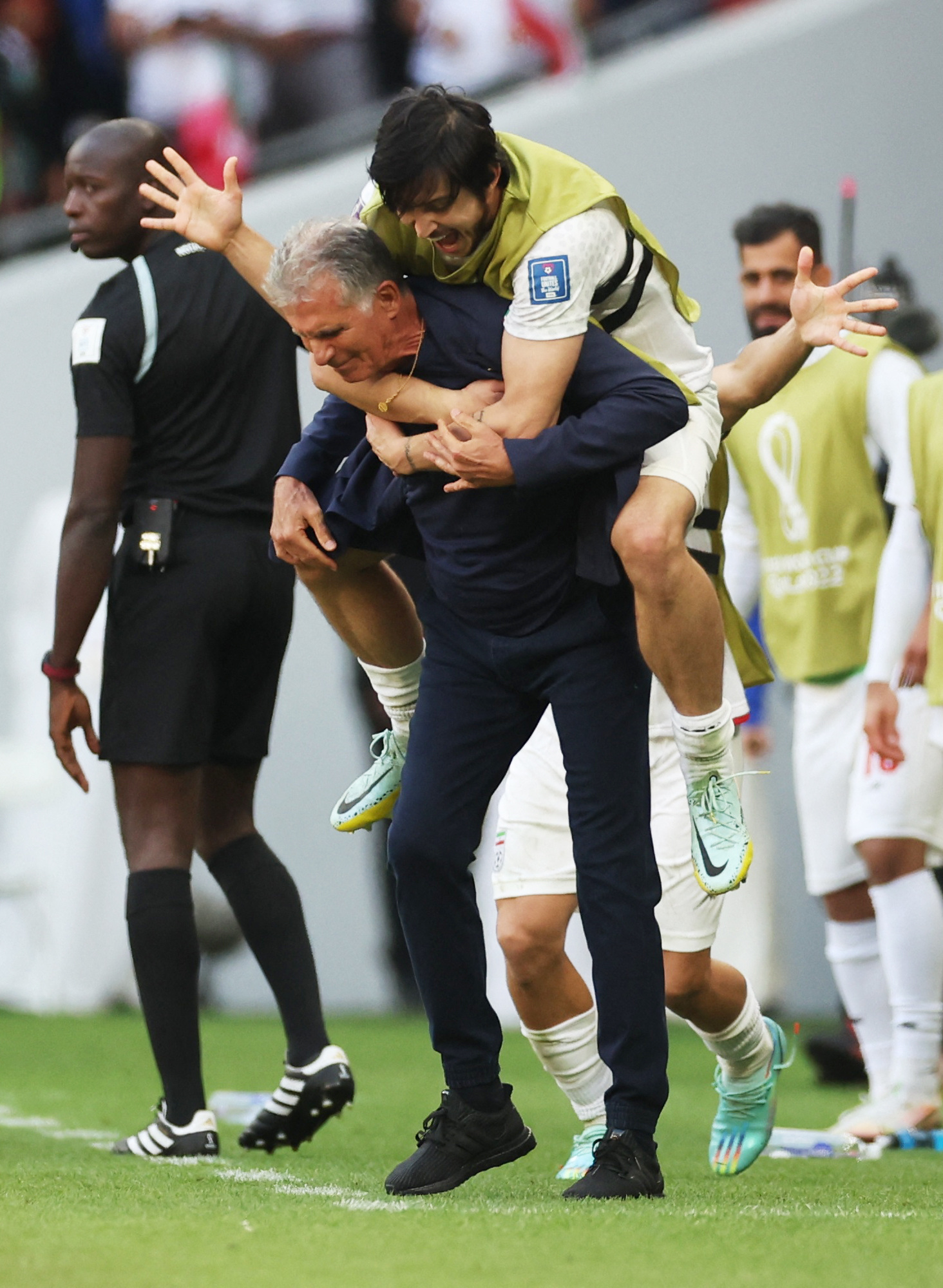 Ramin Rezaeian added a second in the 101st minute to make it 2-0 and leave Wales on the brink of elimination.

But the cameras picked up on the bizarre scenes as Iran's coaches and substitutes watched the drama unfold.

After the second goal, Queiroz watched on in delight and appeared to be soaking up the moment.

However, Azmoun had other ideas.

The 66-cap 27-year-old headed straight for the manager – Sir Alex Ferguson's former Manchester United assistant – and grabbed his neck with both hands.

Queiroz was trying to prevent an open bottle of water from spilling over him but did not seem to mind the slightly aggressive approach from his striker as they took a giant leap towards the World Cup last 16.

Fans on social media were shocked by the antics.

One joked: "Don’t think choking the gaffer will take off."

Another wrote: "Bro almost killed him."

And a third added: "Imagine doing that to Sir Alex or Jose Mourinho."

Azmoun started up front for Iran but was replaced on 68 minutes.

So he watched the drama unfold from the touchline as Wayne Hennessey was sent off before the double sucker-punch for Rob Page's Dragons. 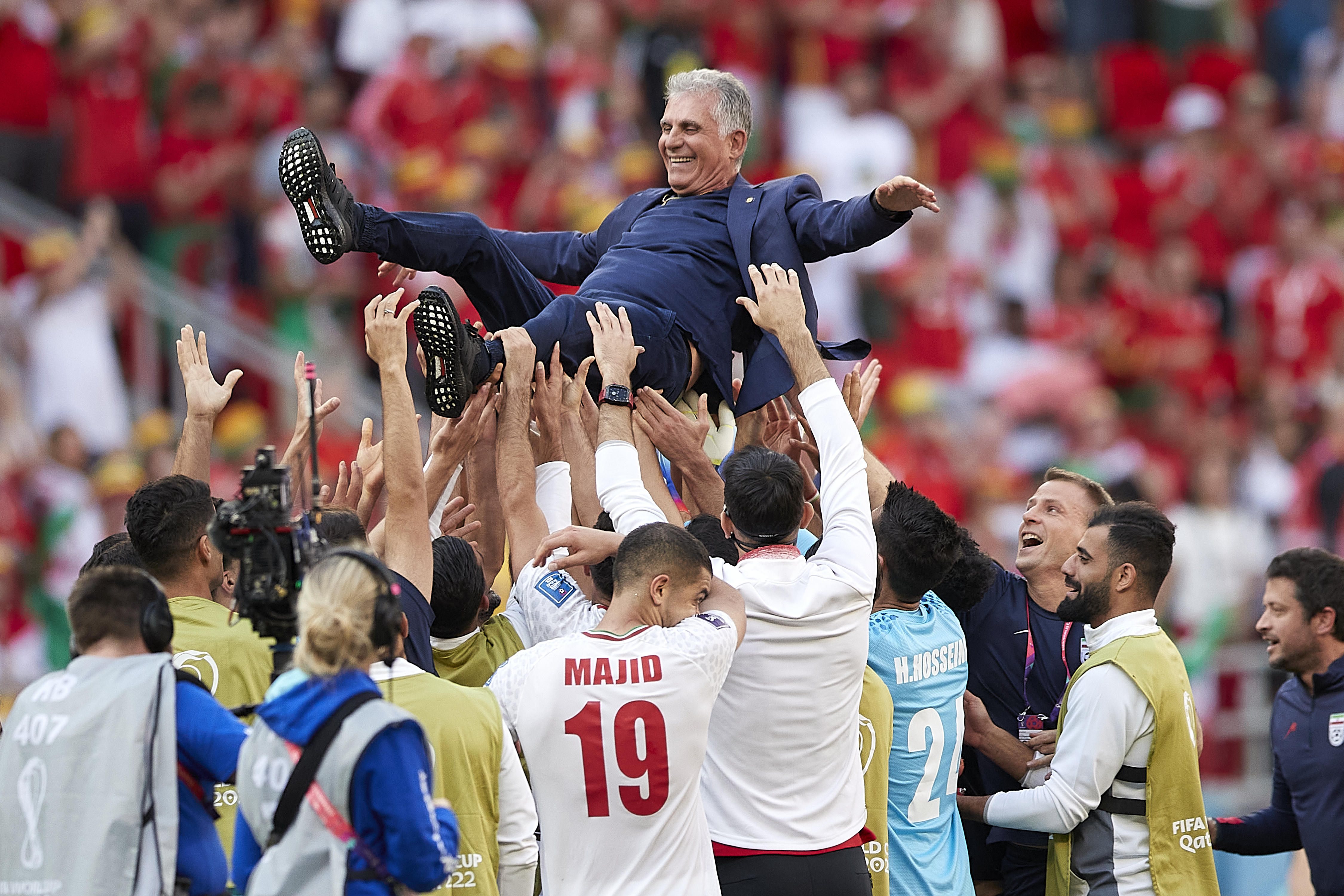 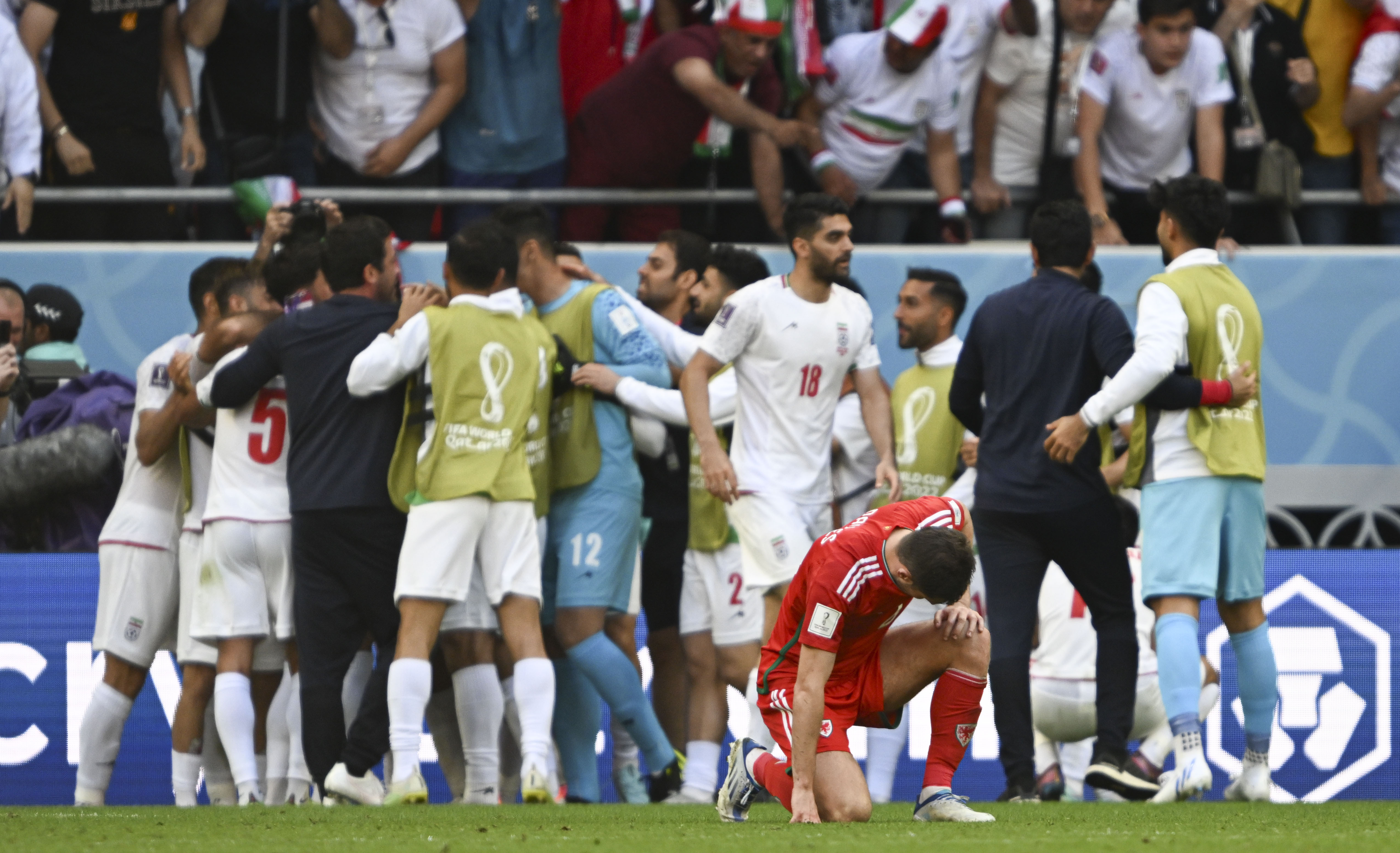