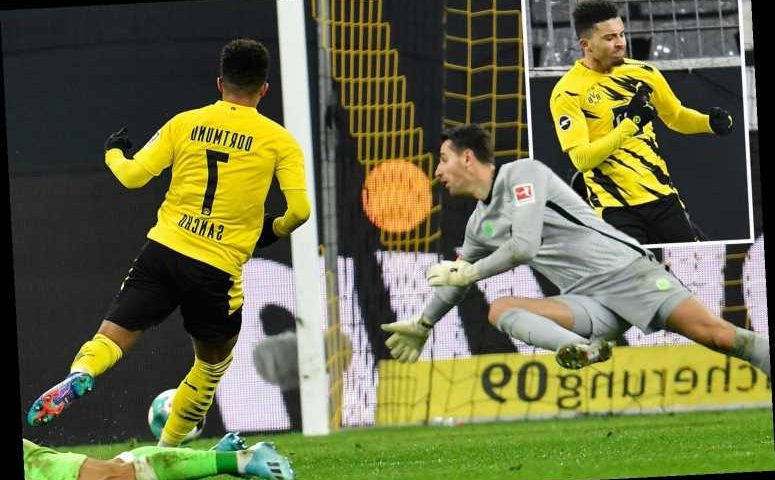 JADON SANCHO ended his goal drought with a brilliant piece of skill in Borussia Dortmund’s 2-0 win over Wolfsburg.

The winger, 20, had gone without scoring once so far this season for the German giants. 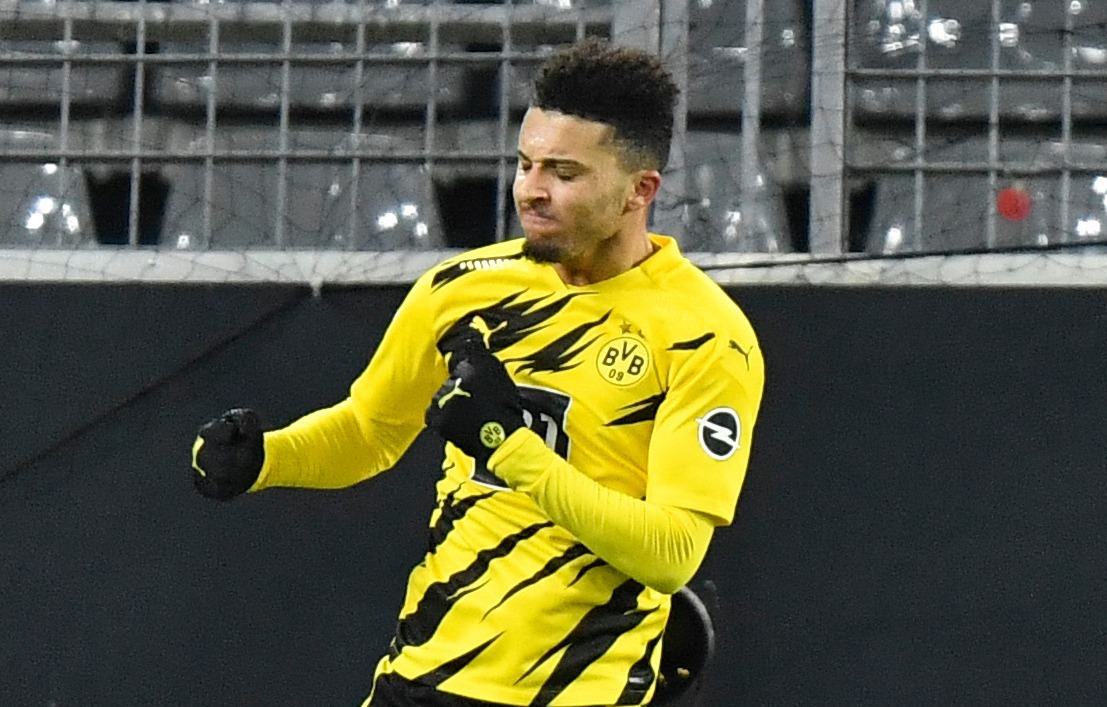 But that all changed in the 90th minute of Sunday’s game when Sancho picked up the ball on the half-way line after a clearance from Emre Can.

Faced with an almost-clear run towards goal, Sancho charged forward before producing a spectacular piece of trickery to bamboozle the sole opposition defender and leave him for dead.

Sancho continued pushing forward and made sure he didn’t waste his opportunity by slotting past Wolfsburg goalie Koen Casteels.

It was a great moment for Sancho, who had come under a lot of criticism this season for a number of flat Dortmund performances.

The England winger also got the assist for the first goal, which was headed home by Manuel Akanji in the 66th minute.

The game also marked the return of Erling Haaland, who missed the last four matches with a hamstring injury.

He forced two spectacular saves from Casteels, and one should arguably have also been tucked away by Sancho on the rebound.

But despite bouncing back this weekend, it remains to be seen where Sancho’s future lies. 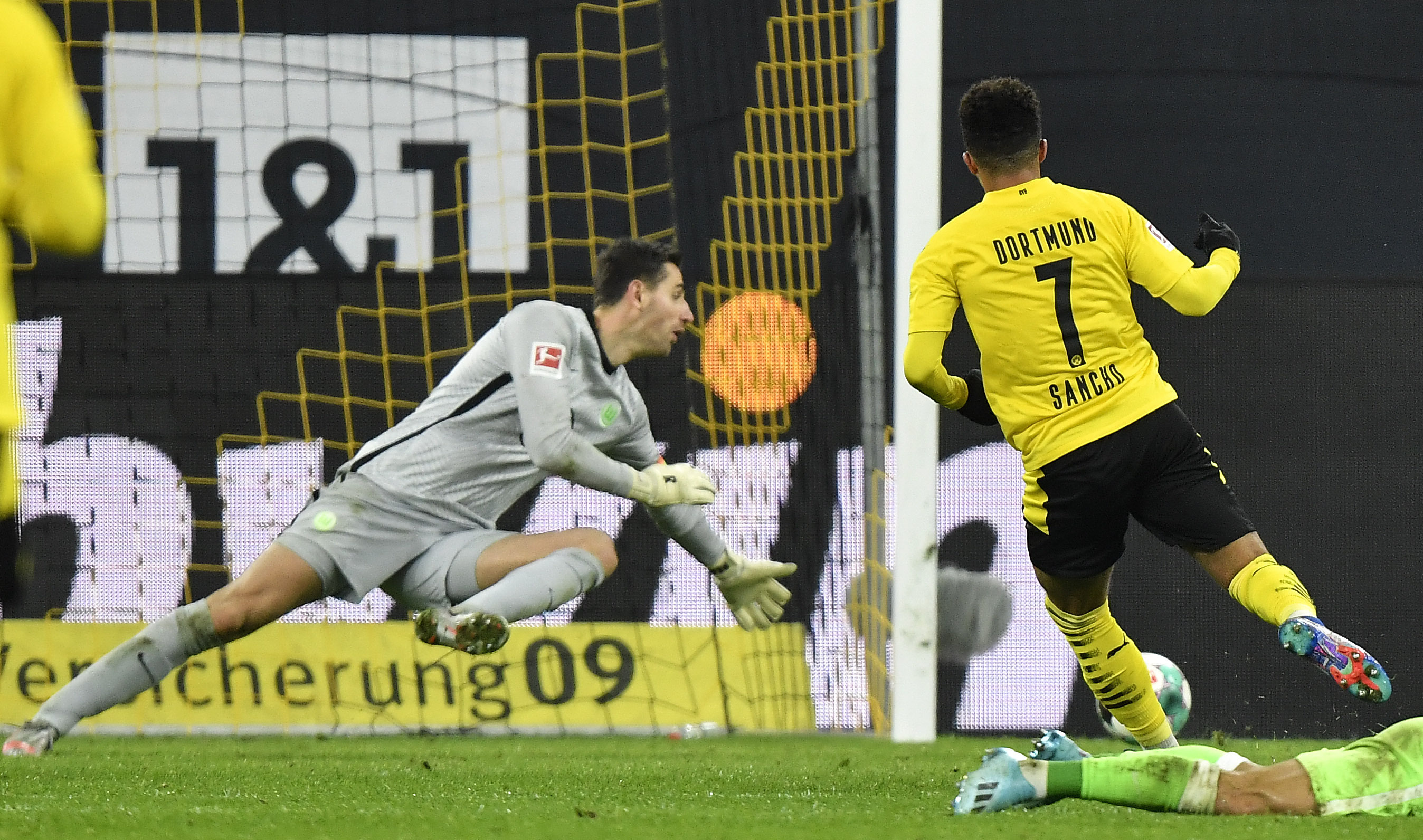 The ace was strongly linked with a £108million move to Manchester United over the summer.

But reports today claim Sancho is no longer wanted by Ole Gunnar Solskjaer.

Indeed, Old Trafford chiefs apparently believe they have ‘dodged a bullet’ – even though Sancho scored 17 goals and bagged 17 assists in 32 games last season.

It’s reckoned United would prefer to sign his teammate Haaland, which would free up Anthony Martial for the flanks alongside Marcus Rashford and Mason Greenwood.