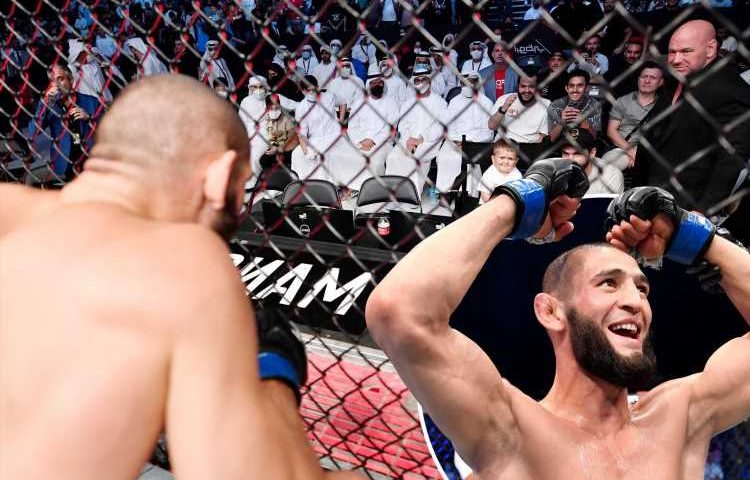 The undefeated Russian stopped for a CHAT with UFC supremo Dana White while holding opponent Li Jingliang in mid-air. 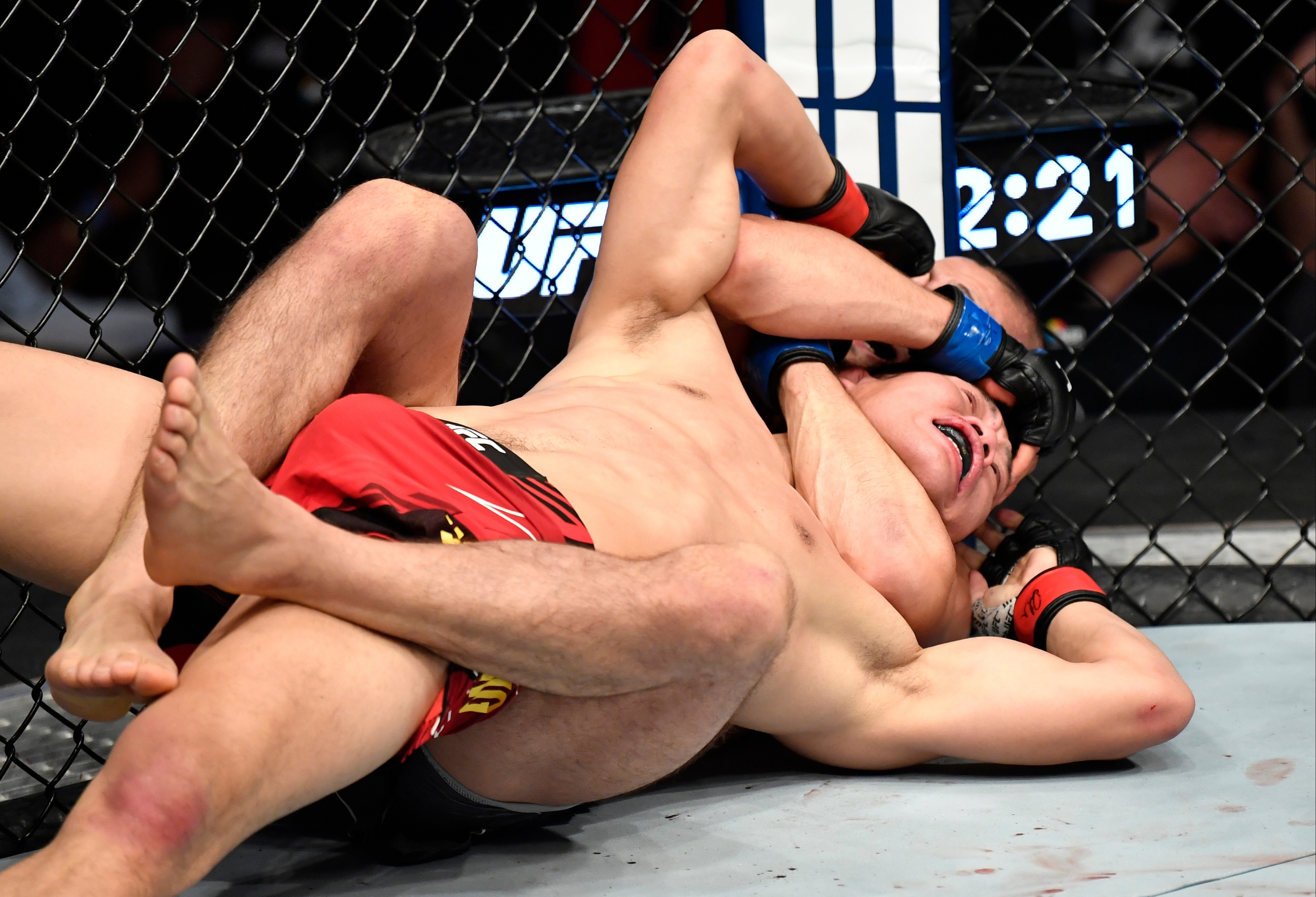 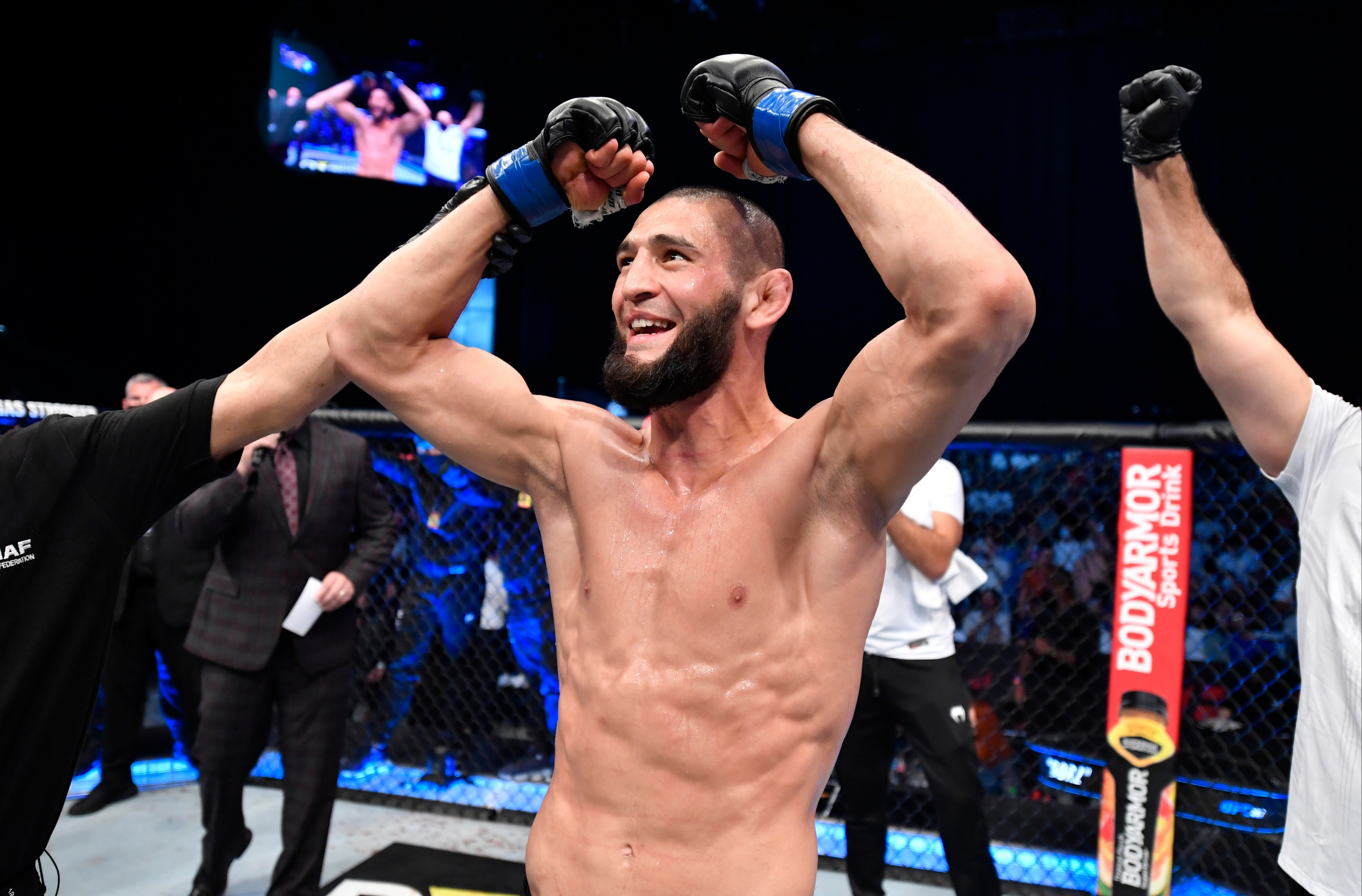 Moments later he choked out the highly-rated Chinese fighter to win his first appearance inside the octagon in over a year.

An elated Chimaev used his post-fight interview to reveal what he said to White.

And he had a question for the detractors who thought Jingliang would hand him his first professional loss.

He told Daniel Cormier at Abu Dhabi’s Etihad Arena: "I said, 'Dana, I am the king here.

"I will stay for a long time and I'm gonna come for everybody. I'm gonna kill everybody.'

"Do you believe me now? I told you I was going to kill him and he's asleep bro.

When asked what he wants to face next, the 27-year-old added: ''Everybody, everybody.

"I'm coming for everybody. kill everybody. I'm the champ, I'm the king!"

Chimaev suffered a nasty bout of Covid during his spell away from the Octagon.

But he made short work of the battle-tested Jingliang, who many thought would provide a tougher test in the desert.

Jingliang fended off an initial takedown attempt but succumbed to the ensuing double-underhooks, which Chimaev used to hoist him in the air and spar with White.

Chimaev slammed his opponent to the canvas before overpowering his spirited resistance to choke him out at the third time of asking.