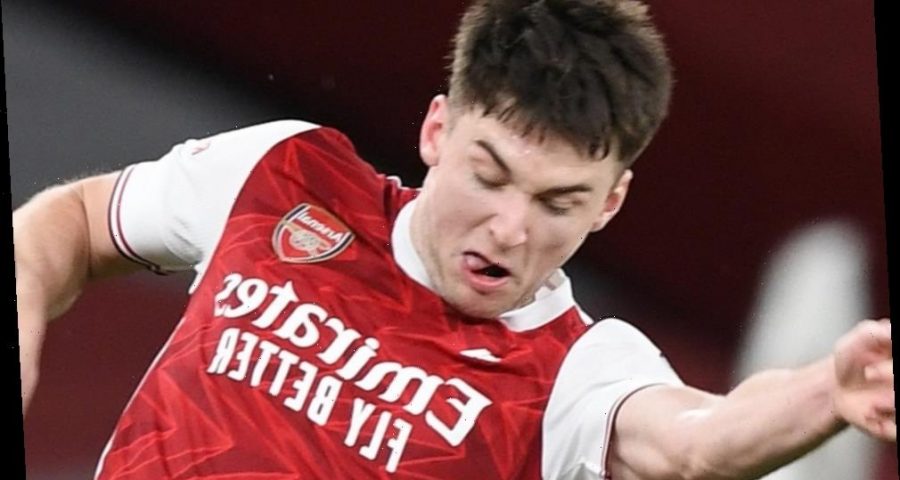 KIERAN TIERNEY was labelled a 'future captain' by Arsenal fans for his x-rated rant at team-mates.

The Gunners defender's pep talk during the north London derby was noticed by supporters online. 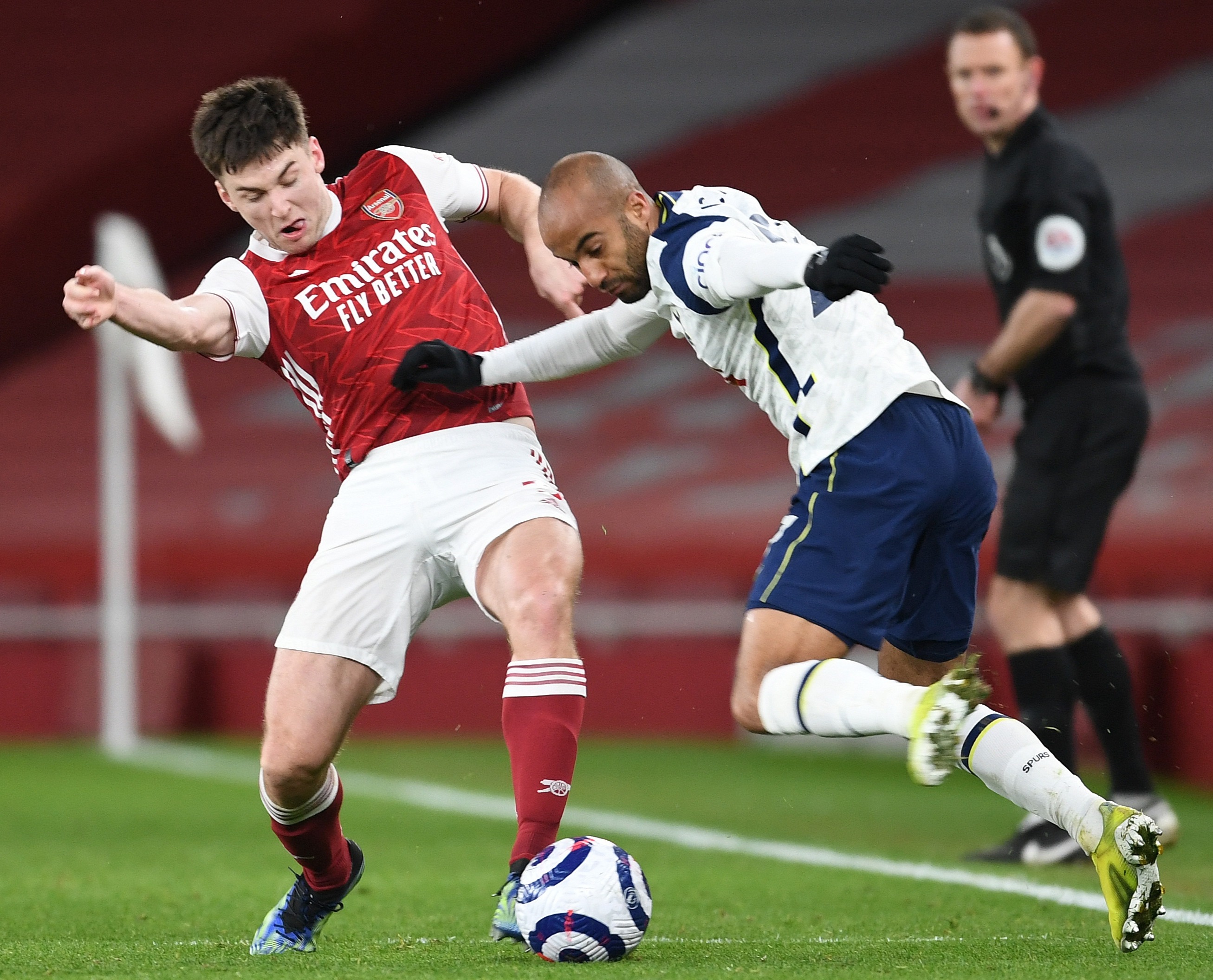 And it clearly worked a treat, too, as Arsenal came from behind to beat Tottenham 2-1 on Sunday.

Tierney, 23, was captured by TV cameras shouting: "Boys, we need to f***ing score, how many chances?"

And social media users dived in to call him a 'future captain' and 'my captain to be'.

The full four-minute clip of Tierney mic'd up was released on Arsenal's Instagram page.

The Scottish left-back was seen – and heard- barking orders at team-mates and helping them overcome a 1-0 deficit.

Former Celtic full-back Tierney has become a cult hero at Arsenal since joining in 2019.

He was pictured walking through Rome's Stadio Olimpico last month in just a t-shirt while his team-mates wrapped up in winter gear.

Despite the chilly conditions, he refused to break the habit of a lifetime by wearing a warm jacket.

CHELTENHAM SPECIAL OFFER: GET CHACUN POUR SOI AT 50/1 IN THE CHAMPION CHASE

The 23-year-old looked dressed for a summer's evening as he strolled around in a polo shirt.

Meanwhile, Hector Bellerin was spotted wearing a puffer jacket and a woolly hat before the game.

Arsenal shared the two snaps of Bellerin and Tierney with their Twitter followers.

One fan responded: "Does Tierney not own a coat or what? This guy dresses like it's 75 degrees everyday."

Another asked: "Does Tierney ever feel cold?"

Tierney proved he was superhuman as he trained in the SNOW in shorts and a t-shirt.

He even rocked the same polo shirt when he turned up for the freezing clash against Dundalk.

And fans could not believe their eyes when he arrived to a game with his gear in a Tesco carrier bag. 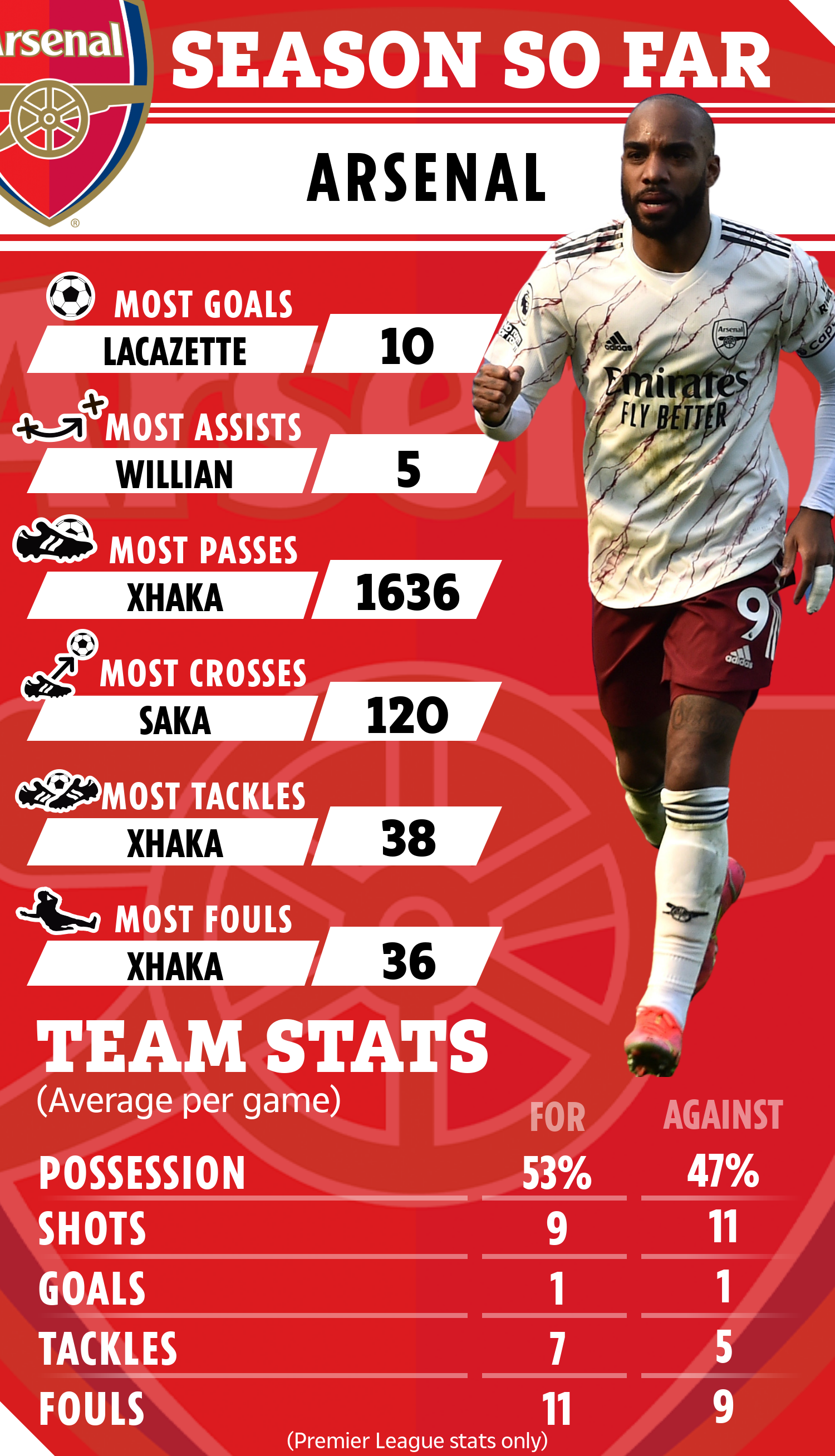