FRANK LAMPARD must have thought he had suffered enough from Spygate this season.

But after Leeds beat his Derby side following the scandal in January, the Rams boss is now the subject of a hilarious new chant – to the tune of an Oasis hit. 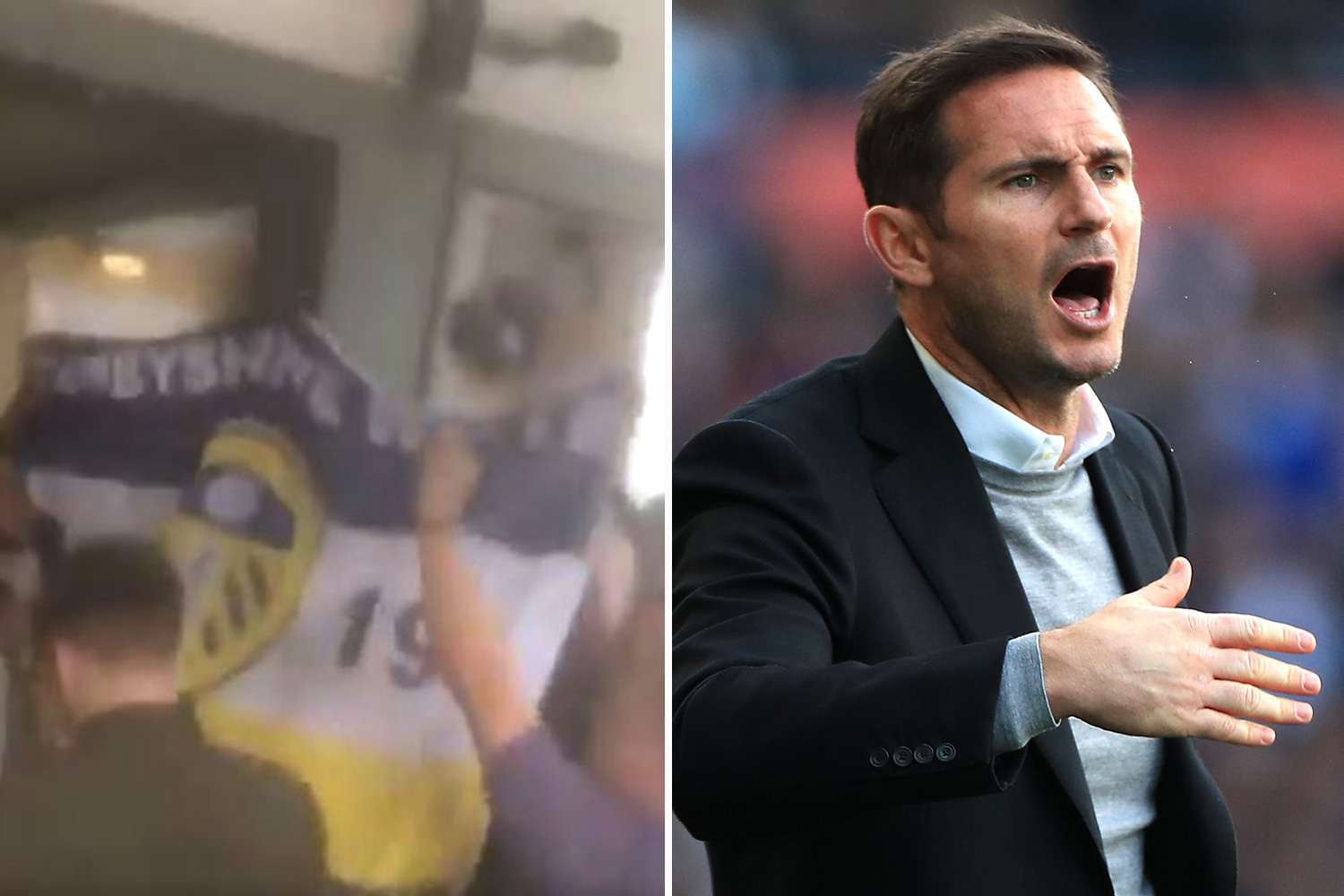 Leeds fans descended upon Derby yesterday for the first leg of the Championship play-off semi-final.

And they brought with them their new lyrics to go to the tune of 'Stop Crying Your Heart Out' after Lampard blasted opposition boss Marcelo Bielsa for his part in the spying on Derby training.

The song originally went: "Cos all of the stars / Are fading away / Just try not to worry / You'll see them some day / Take what you need / And be on your way / And stop crying your heart out."

But one genius Leeds supporter came up with a brilliant alternative.

The chant, blasted out at pubs and at Pride Park yesterday, goes: "All of the spies / Are hidden away / Just try not to worry / You'll beat us some day / We beat you at home / We beat you away / Stop crying Frank Lampard."

Ironically, Lampard was left seething yet again after the clash last night.

Leeds won the game 1-0 thanks to Kemar Roofe's 55th-minute finish.

But with 13 minutes to go, Craig Pawson awarded Lampard's Rams a penalty.

The ref then spoke with his assistant who convinced Pawson to overturn his decision, giving Leeds a free-kick instead.

Lampard fumed: "I'm not sure if it's a penalty – I think it's one of those you can get or not get. The referee gave it, but the linesman has decided it was clear enough to not be a penalty.

"It's like human VAR, but with the actual VAR, the only way they turn decisions, as you hear from the rules, is if it's a clear and obvious challenge. It wasn't – I can't understand it.

"I'm not standing here and saying it was a clear penalty; I've looked at it and it's probably right in the middle. Jayden Bogle has got his leg across, there's not huge contact, but enough that he's in front of him before he gets there.

"But for the linesman to decide by himself and for the referee to accept that decision, making him completely wrong, is really difficult to understand.

"The linesman will say he thought it wasn't [clear], but the referee gave it, so work that one out."

Lampard will be desperate to get his revenge and the last laugh following the second leg at Elland Road – while Leeds fans will be relishing the chance to have 35,000 belting out the new song in unison.

Just whatever happens, Frank, don't look back in anger.