The England full-back was lucky not to become the second Red Devils player to see red against Spurs for his late lunge on the Brazilian. 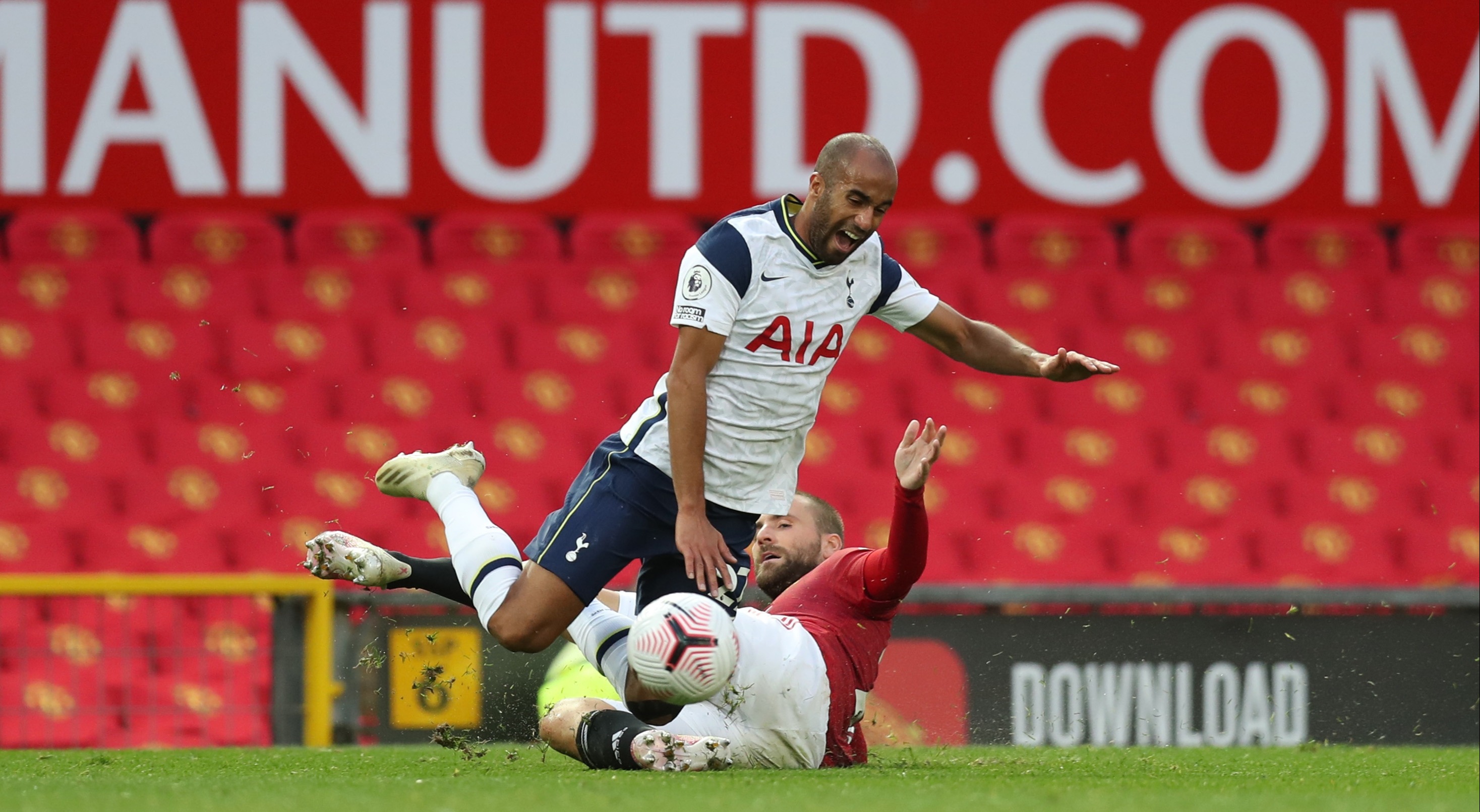 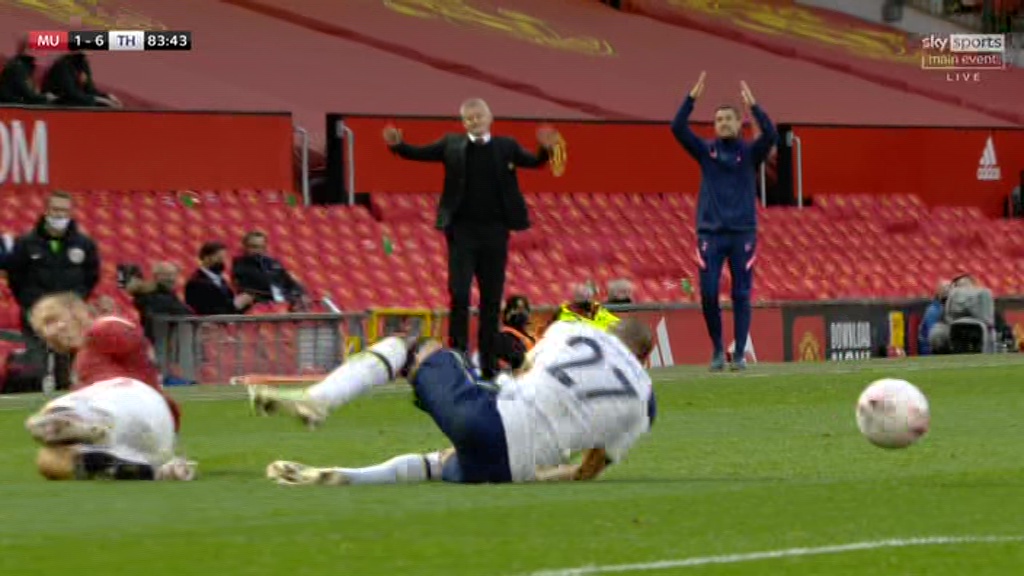 United were only 2-1 down when Anthony Martial received his marching orders for slapping Erik Lamela.

But then the Red Devils completely imploded to be on the end of a 6-1 thrashing.

Speaking after the humiliation, left-back Shaw even said his side 'gave up' after just 28 minutes.

And that was evidenced by his cynical swipe on Spurs attacker Lucas in the 83rd minute.

With the former Paris Saint-Germain ace breaking down the left, Shaw chopped him down from behind and was fortunate to escape a red.

In the background, fans noticed Solskjaer throw his arms in the air and turn away from the action disgusted.

One tweeted: "How is that not a red card for Luke Shaw? Even Gary Neville saying it's as clear a red as it can be."

Aother said: "That Luke Shaw challenge is the most obvious red I've seen in yonks. Pure frustation, no attemot at the ball at all. Shameless."

A third added: "Luke Shaw…Definite red card! Scandalous it was only a yellow! He could've ruined Moura for months with that challenge."

Shaw avoided a suspension for the tackle but could still find himself out of the United side when they return from the international break.

That is because SunSport revealed that Alex Telles has arrived in Manchester ahead of his £18million switch from Porto.