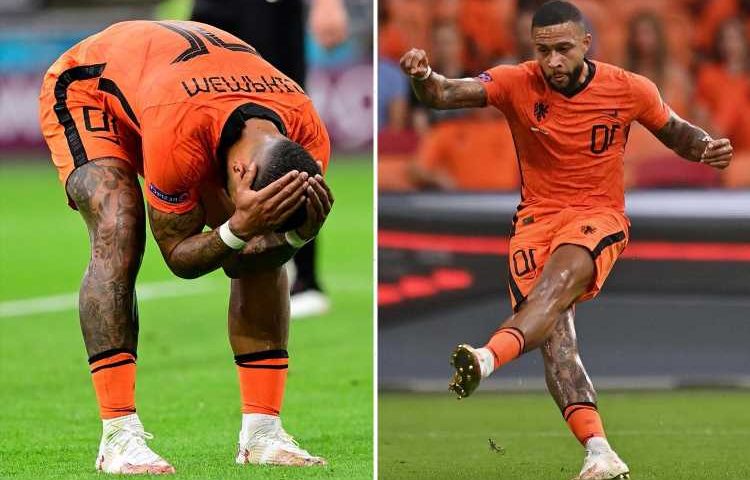 MEMPHIS DEPAY wasted a glorious chance for Netherlands that would have almost certainly sealed victory over Austria at Euro 2020.

The Dutchman is set to join Barcelona this summer after resurrecting his career at French side Lyon. 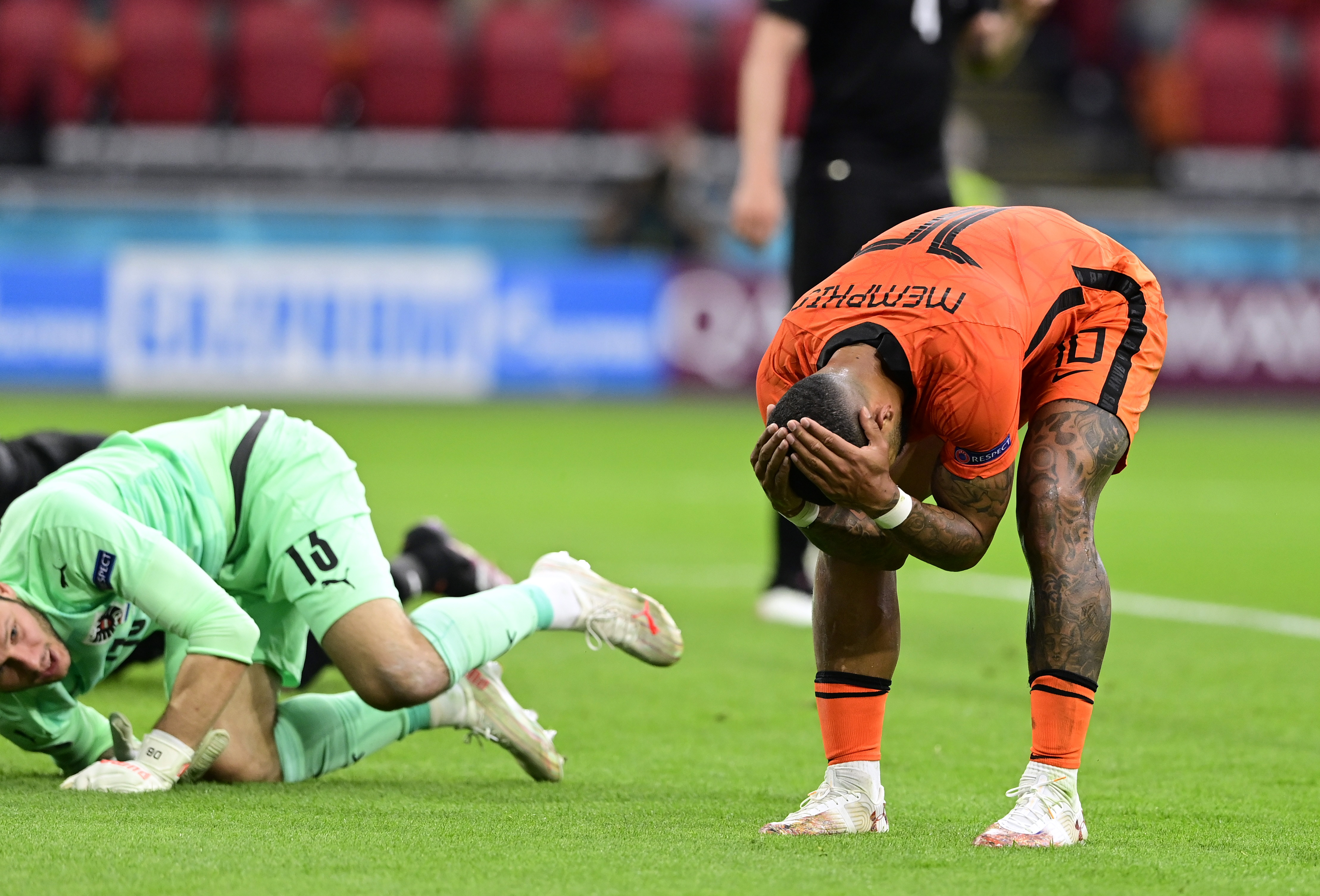 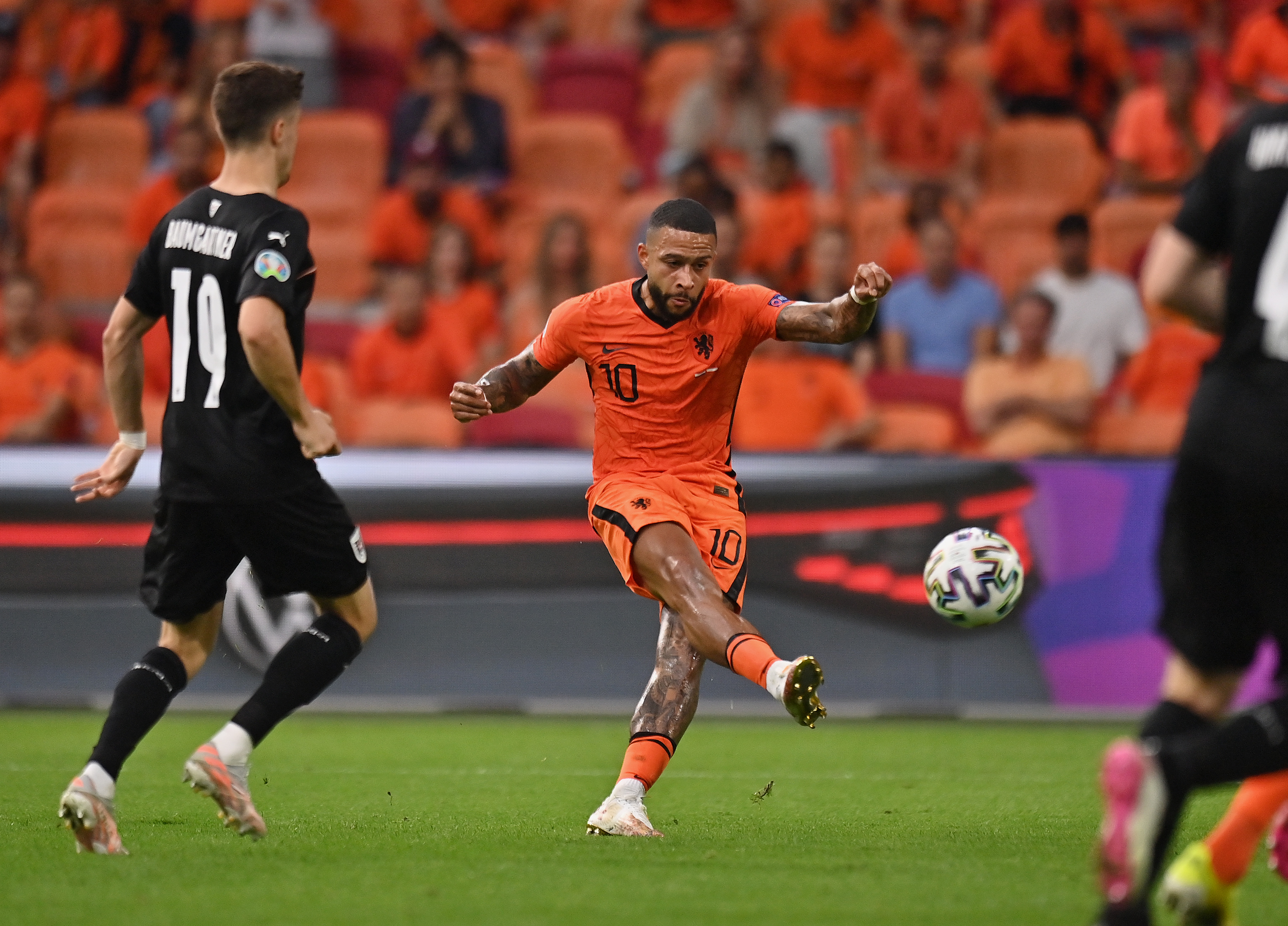 The 27-year-old spent two seasons at Manchester United but struggled to make an impact before he was flogged to Ligue 1 in 2017.

Now he is on the verge of a dream move to the Nou Camp – but his soon-to-be new employers will be expecting a lot better from him once he arrives than this horror miss.

Netherlands were already 1-0 up thanks to the forward’s early penalty when another opportunity fell his way moments before the break.

A ball was floated over the top for Wout Weghorst by Patrick van Aanholt, but instead of hitting it on the half-volley, the defender teed it back across goal for his teammate.

But with the net gaping, Depay sliced it over from just a few yards out.

Fortunately for him it looks like his move to Barcelona has already gone through.

Speaking before the game, he said: “Everyone knows that I have been negotiating with Barcelona for some time.

“I want to play with Ronald Koeman.

“Now is the time to wait, but soon there will be news.”

Depay won the 66th cap for his country when starting against the Austrians.

He also started in their opening 3-2 win over Ukraine.