It only took the 17-year-old prospect only nine minutes to register as his country demolished Ukraine 7-1 in a friendly. 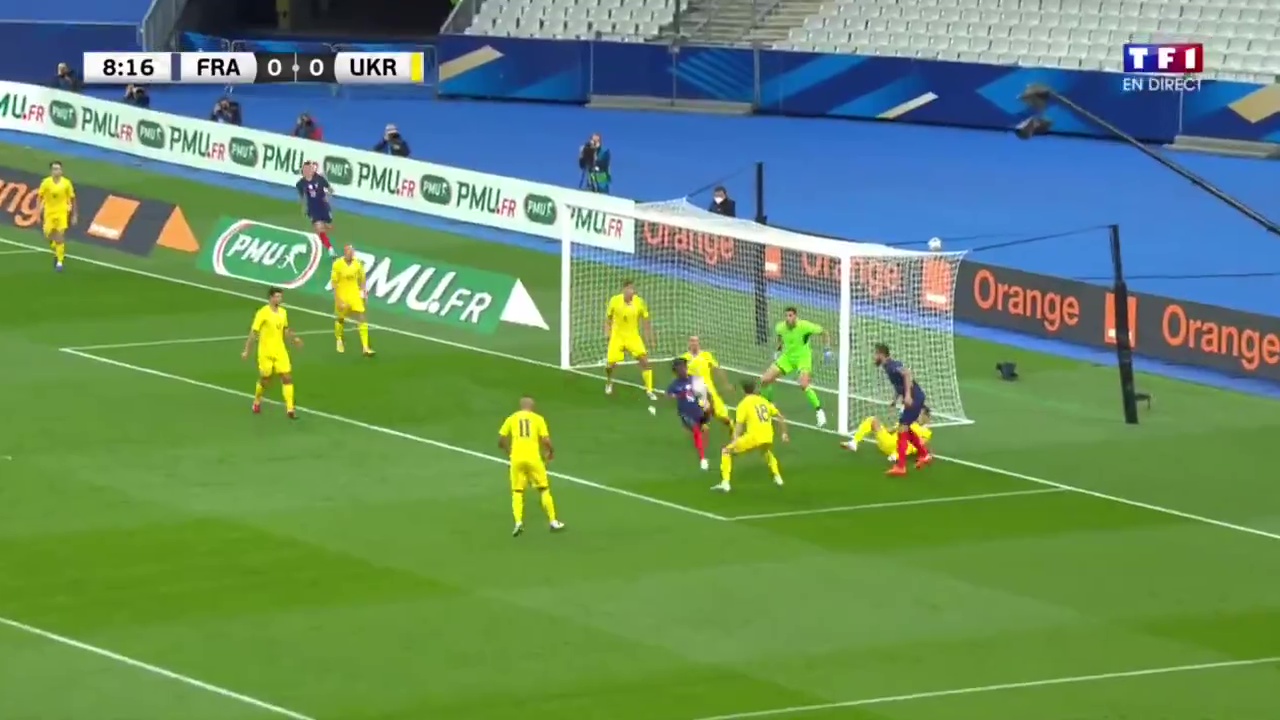 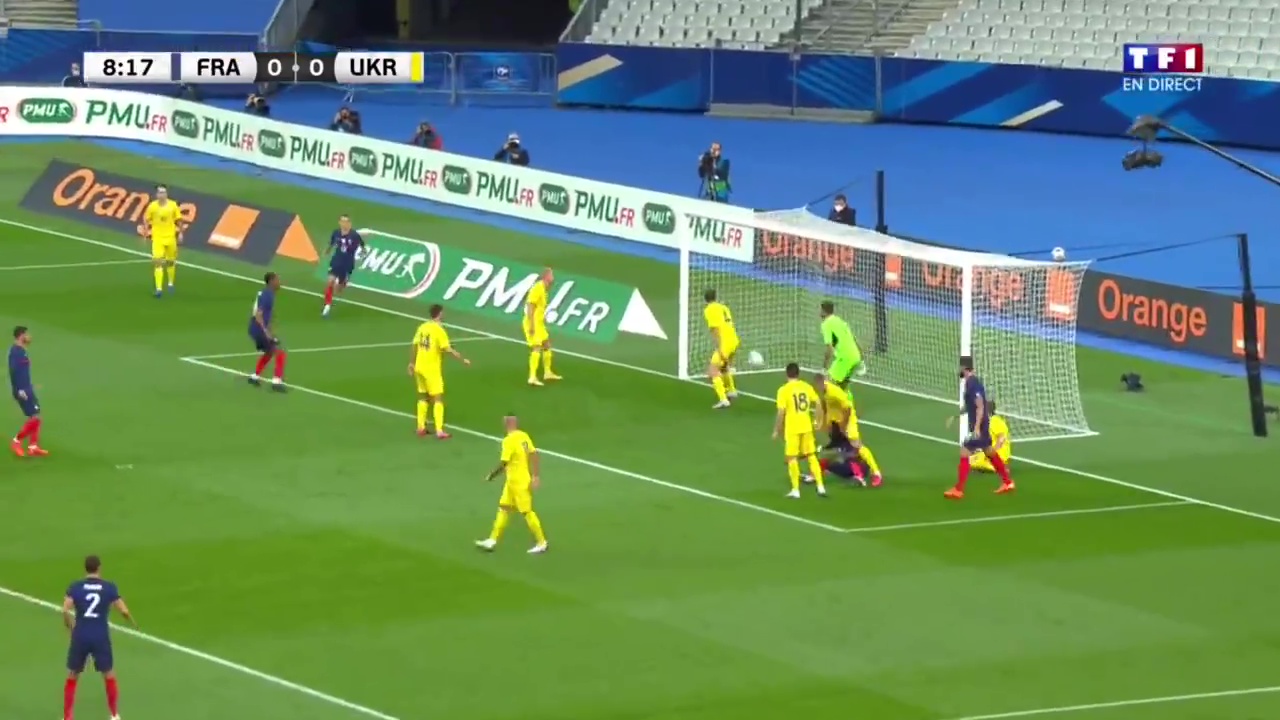 The talented teen's value likely soared after his moment of invention gave France the lead – and his admirers in Manchester were probably impressed as well.

As well as showcasing Camavinga's quality, the goal was packed with Premier League involvement.

Everton's Lucas Digne hung a ball in the air for Olivier Giroud of Chelsea to get on to.

When the keeper managed to bat out the 34-year-old's header, it bounced awkwardly into the path of Rennes midfielder Camavinga.

In a flash of quick thinking, the youngster readjusted his body and flicked the ball over his head in a brilliant overhead kick.

The Ukrainian defence were left stunned as the Camavinga celebrated his moment of genius.

France manager Didier Deschamps appeared over the moon as well

It was the first goal of many as the World Cup winners relentlessly took apart their opponents. 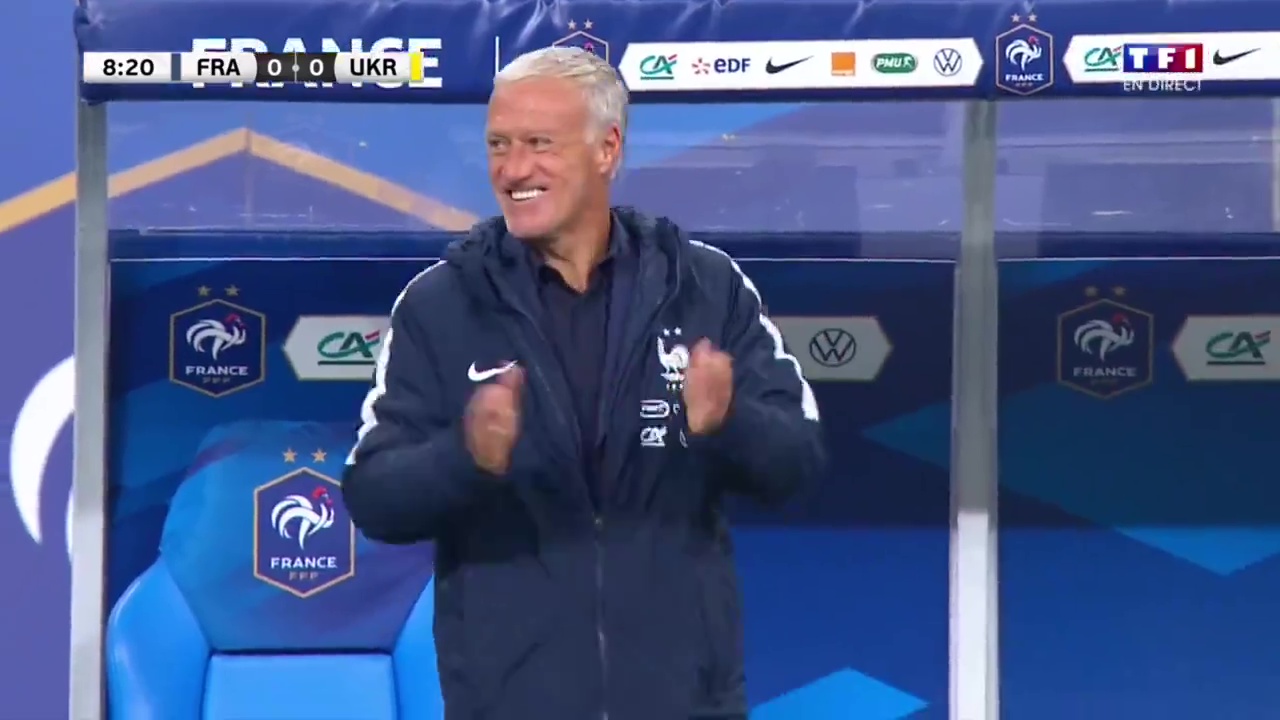 Giroud hit the next two, before Vitaliy Mykolenko put it in his own net to make it 4-0 at halftime.

Corentin Tolisso, Kylian Mbappe and Antoine Griezmann rounded off victory, with the visitors getting a consolation via halftime sub Viktor Tsygankov.

Social media was filled with praise for Camavinga after the game, with some hailing him as 'the next generation' and a 'special talent'.

The goal meant he became the second youngest scorer in his country's history.

He has been linked heavily with European giants Manchester United and Real Madrid this summer, with the Spanish club even believed to have made contact with Rennes over him.

Other huge sides, such as PSG and Bayern Munich, are also believed to be active in the mad scramble for the teen's signature.

The youth came through at Rennes and featured heavily in their first team during his breakthrough season last year.