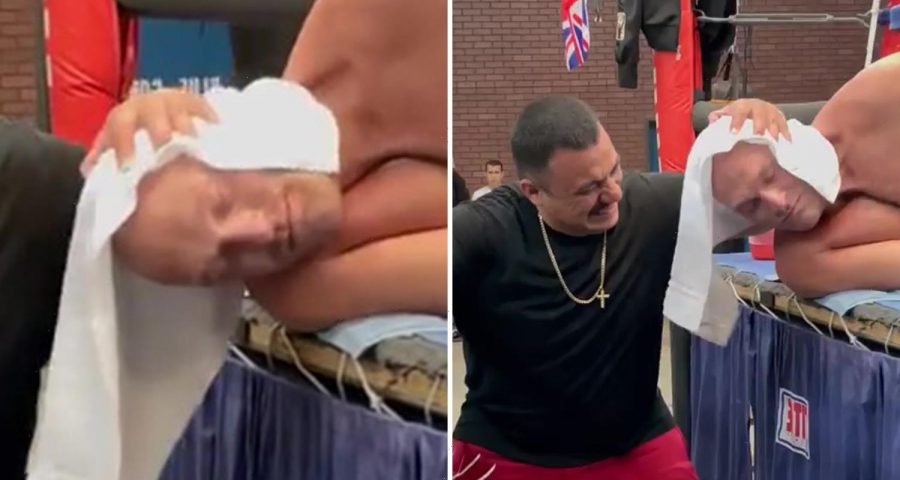 TYSON FURY had his coach put him through some rigorous NECK training as he prepares for his unification blockbuster against Anthony Joshua.

While many boxers might use weights and gym machines to strengthen the neck, Fury seems happy for Jorge Capetillo to pound down on it. 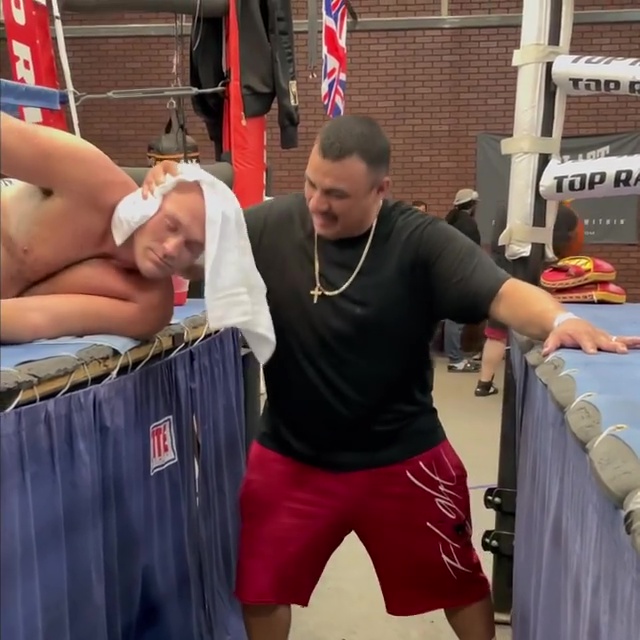 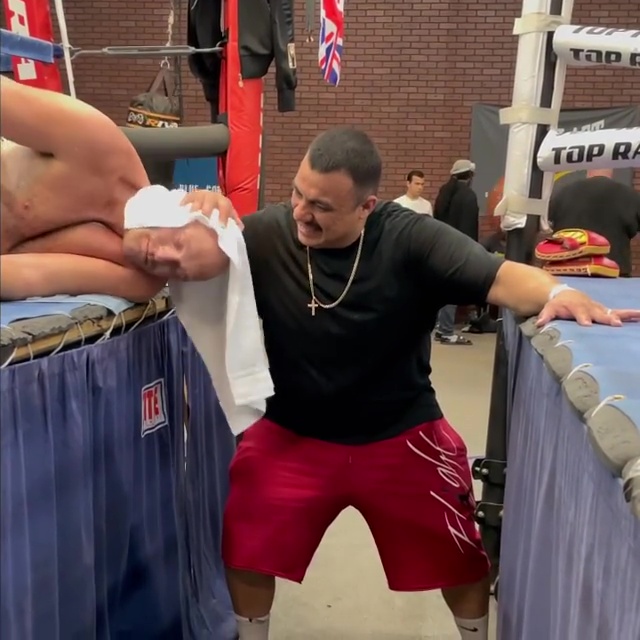 The Mexican, who is also part of Andy Ruiz Jr's team, uploaded a video of him using one hand to push down on Fury's head, while the other kept his balance on the ring apron.

He captioned it: "The grind don't stop. The champ's mindset."

The WBC champion is training out in America with head coach Javan 'Sugarhill' Steward and the rest of the team.

Joshua, 31, and Fury, 32, signed to fight in March but promoters were left to finalise a date and venue.

Saudi Arabia, where AJ beat Andy Ruiz Jr in a December 2019 rematch, are the frontrunners to host the Battle of Britain.

And they have been given three dates, all by the end of July or early August, as Joshua's promoter Eddie Hearn provided an update on the negotiations.

But Fury's US promoter Bob Arum has said he is 'pessimistic' about the unification actually happening.

And it could lead to Fury facing Deontay Wilder in a trilogy bout and Joshua fighting WBO mandatory Oleksandr Usyk. 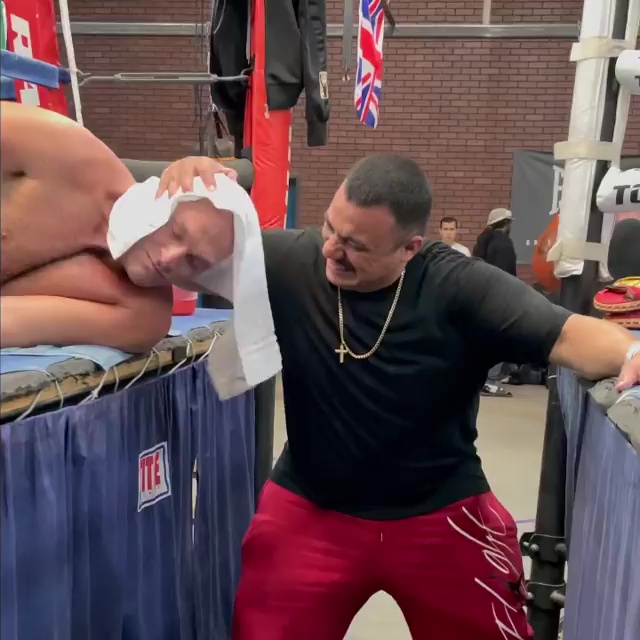 Arum told BoxingScene: “Maybe we’ll breathe some life into Wilder, and Fury will fight Wilder and Joshua will fight Usyk.

“Eddie Hearn is busy trying to sell the London Bridge.

“Let me tell you – last time I talked to Eddie was early last week and he said he was going to have a signed agreement from the Saudis in 24 hours.

"Well, he’s a little late. Wouldn’t you be pessimistic if you haven’t heard from him or anybody for a week?

"We’re the promoter with Frank (Warren) of Fury and we haven’t heard from Eddie in a week.”