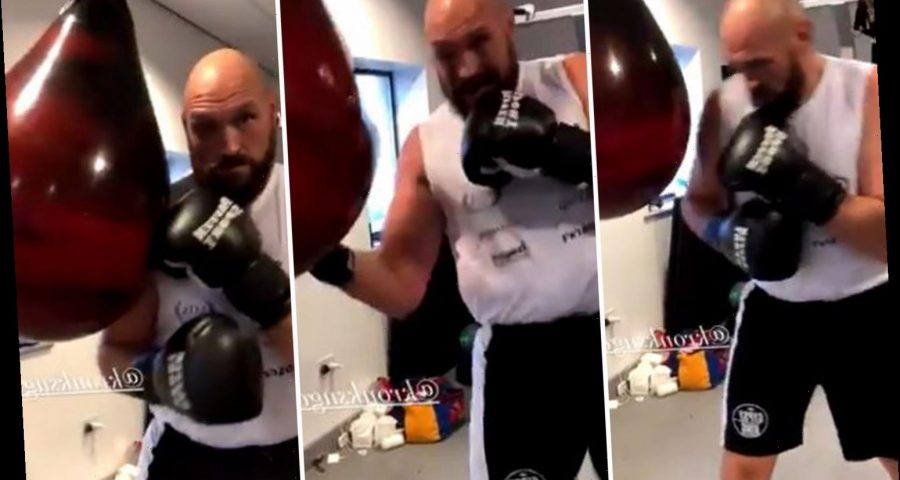 TYSON FURY released footage of a gruelling workout ahead of his mega-fight with Anthony Joshua.

The Gypsy King was seen pounding a heavy ball as his trainer SugarHill Steward fed him tips on how to neutralise AJ's brutal attack. 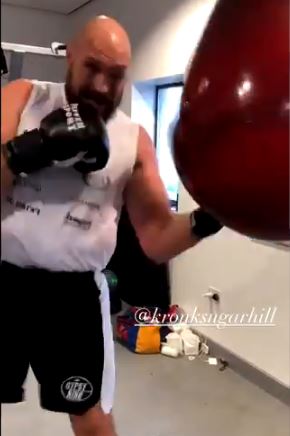 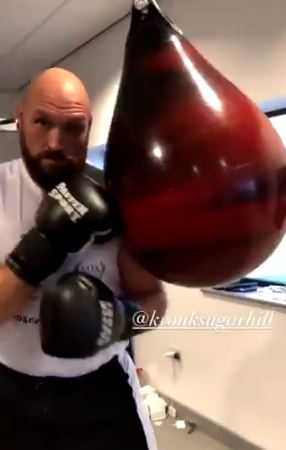 Boxing fans around the world have been clamouring for the fight for much of the last 12 months, particularly since Fury's demolition of Deontay Wilder last February.

It is one step closer after AJ's Matchroom promoter Eddie Hearn sent a draft of the £200million contract to Fury's people.

And both fighters are stepping up their training regimes ahead of the summer clash.

Fury posted footage online of him laying combinations on the heavy ball before Steward steps in to make some tweaks to his techniques.

He says: "Sometimes bump again and step to it just so it doesn't come back to you.

"You've backed him up and now it's time to punch instead of waiting for him to come back."

Fury's update came after AJ shared footage of his own preparation sessions.

The 31-year-old was practicing his upper cuts and left-hooks and posted the videos online.

AJ is considered by some as the match-up's underdog – with Mike Tyson claiming that his 'telegraphed' punches are a 'recipe for disaster' against the Gypsy King.