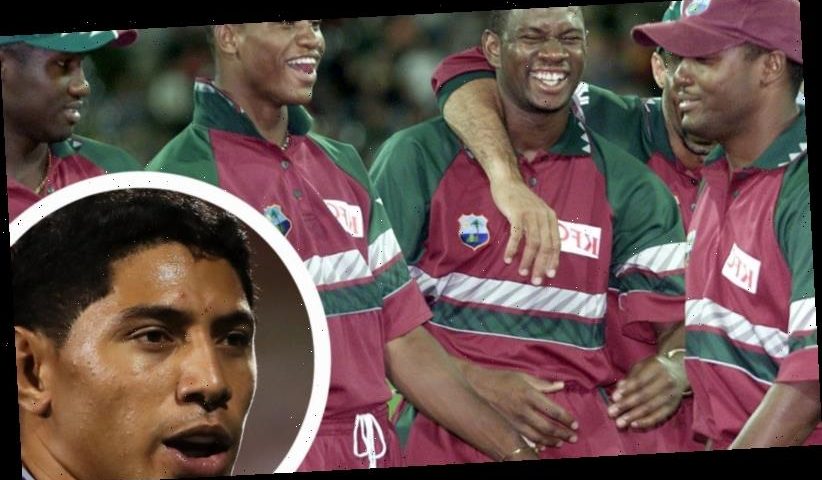 Goodness. If this is Easter, we must already be up to the part where arguments break out on who should and shouldn’t be available for Origin. And how funny I should say that.

For, right on cue, there has been enormous discussion this week on whether or not the likes of Jason Taumalolo, who has played for both his native Tonga and New Zealand, could and should play for Queensland. 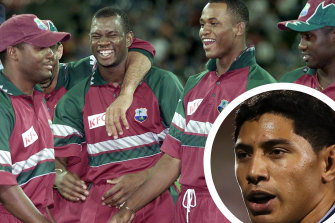 Having a third tier of the Origin concept would do several things at once.

1. It would provide a cracker TV event, which would rate well, at least in the first year as everyone tuned in to the novelty. Mick Cronin might come on in the first minute as a cameo to smack Jason Taumalolo in the noggin and honour ancient tradition: This is serious.

2. It would honour and reflect reality: while the rugby league comp in Australia used to be made up of just NSW and Queensland players, with a scattering of a smattering of others – no more than 1 per cent when Origin started – the “others” now form well over half of them! So how can the premier comp of the lot leave them out completely?

3. The final benefit is it would help league move towards the international profile the whole game has always pretended to have but never has. An Origin concept that brought in some of the leading nations of the Pacific would start to look global!

And it needn’t detract from the grandeur of State of Origin either. Way back when he became Queensland rugby union coach in 1986, John Connolly was taken aside by a Queensland official and told: “It doesn’t matter what else happens in the year, just make sure you beat NSW and you will have had a good season.” Much the same still applies in both codes.

Give it a go, Peter V’landys.

I am Sam Keckovich. You know it makes sense.

And yea verily, so it was written, right there after the parables of the Promised Land and Death Valley, there comes the passage about the Death of Hope. You remember the one? It’s in the Gospel according to Brian Smith.

“Every team starts the season with hope and optimism but three or four weeks later if you’re 0-3, 0-4 when hope starts to die, the carrion vultures begin to circle and descend. Flee for your lives, for they will soon tear you asunder, and few will escape!”

And how funny I should say that.

For the season has barely begun, and we’ve already seen the Waratahs coach Rob Penney so torn after a winless beginning to the season. In the NRL, the Cowboys have gone 0-3 to start, the Bulldogs are 0-4, while Des Hasler of the Sea Eagles is also batting 0-4, only a week or so after he had his contract renewed. Will that save him from the vultures?

Nup. It will just mean he will walk away with more money than otherwise if they do. In the AFL, Carlton, GWS, Essendon and North Melbourne are all 0-3, and there are already ugly headlines about revolts, sackings, and all the rest, mixed with the usual assurances that “the coach has the full support of the board”, which is precisely what Penney got before the NSWRU chair took him aside for a quick chat and he was packing his bags. 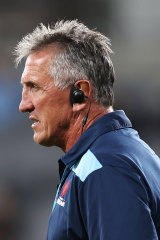 Rob Penney has paid the price for the Waratahs’ poor start.Credit:Getty

For the rule remains. When in charge of a team of which supporters and administration have high expectations and you are delivering only shocking results, someone has to pay the piper.

Is there an escape? Yes. Two things.

After St George Illawarra’s bad first loss of the season, when they went down heavily to Cronulla, the vultures were already circling over Kogarah for coach Anthony Griffin. Two quick wins later, though, and those vultures are shot ducks.

And the other thing that can save you is if it looks like your players, though losing, are fighting to the very last gasp, scratching, clawing, biting – all metaphorically – to honour their jerseys and their club.

Which brings us back to Manly. Four games of the season in, and they are 122 points behind in their for and against, a post-war record. Against Penrith on Thursday night, they didn’t even look interested, not even disgusted in themselves or each other, when the Panthers ran up almost a point a minute in the first 24 minutes.

That cannot last. Even so popular and respected a coach as Des Hasler cannot endure with an average 30-point deficit every week, with players who don’t appear to care, who stand behind the goal-line after their opponents have scored in much the same spot on the left wing four times in a row, staring into space – the very space in which they have just run in another one.

For it is written in the Gospel: “Flee for your lives, for . . . someone has to pay the piper.”

So, in the wake of the debacle of NSW Waratahs this year, who should become the next coach? Why not Michael Cheika? I write that as one who had no doubt it was the right thing for him to move on from the Wallabies. But there is this. The best rugby any of us in Australia have seen in the last decade was when he took the Waratahs to their inaugural Super Rugby premiership in 2014. Why couldn’t he do it again? 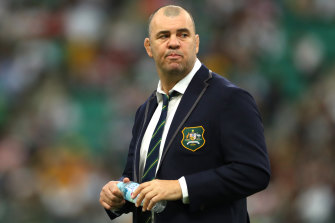 Michael Cheika would be the perfect choice as the next Waratahs coach.Credit:Getty

Yes, I know he’s flirting with league at the moment, doing something or other with coaching one of those thrown-together outfits in that “World Cup” – oh, do stop it – but it surely couldn’t take much to lure him back to something serious.

For all his many sins, and his prickly persona, he remains the one guy with the track record that the Waratahs need right now – someone capable of getting them to play great, entertaining, and winning rugby.

There was an interesting sledge by the boxer Michael Zerafa this week, having a go Tim Tszyu.

“Take away his last name … this is what annoys me,” he said. “If he was Tim Smith, he wouldn’t be getting any recognition but because his dad is Kostya Tszyu, he’s getting all the recognition.”

Michael? Just be glad you are not Tim Smith. The Member for Kew in Victoria always reminds me of something John Eales once said to me: “No one is a complete waste of space, Fitz. You can always serve as a bad example.”

Eels sports scientist Tahleya Eggers after the photograph of her looking unimpressed when the Prime Minister entered the Parramatta dressing room went viral: “Proud to claim this one! I will not respect a man who has the time to shake hands of men who have won a football match but is ‘too busy’ to attend the #March for Justice.” Bravo to her for speaking up, and bravo to the Eels for supporting her right to comment. 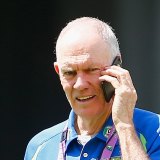 Greg Chappell, recalling advice he gave Australia captain Tim Paine in 2016, back when he was a bit lost and talking of retiring from Tassie cricket to take up a full-time position as a sales rep for Kookaburra: “I said to him if his lifetime ambition was to be a sales rep then it was probably worth considering, but if he still harboured ambitions of playing Test cricket, then it might be worth one more season to see how it goes.” No fewer than 31 Tests later for Paine, 23 as captain, it has proved to be great advice.

American college footballer Kyle Pitts on being a special talent: “People call me Unicorn. It’s kind of a special nickname because Unicorn, you don’t find many of them.”

Ricky Stuart holding his fire at the press conference: “If all the fine money was going to the Ricky Stuart Foundation, I’d tell you the truth today, because then I get fined and I know the money is going to the best cause I know of.”

Katrina Powell on being first female Hockeyroo coach in 43 years: “It is sad that there hasn’t been a female coach since 1978 but I’m a coach first and whether I’m male or female, that doesn’t have any bearing on how I’m going to lead these players.”

Glen Jennings, manager of Tim Tszyu after his midweek fight: “I’m pretty sure that within the next year Tim will be an international name, for sure, and everyone in the world will know Tim Tszyu as Tim Tszyu.” Sounds like a plan. Just so long as it is not “Tim Smith.” (See above.) 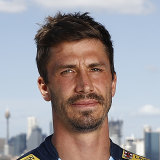 Waratahs skipper Jake Gordon: “We’re letting our state down, our fans down and our family down …” Jake? Just so long as you don’t let yourselves down. Let your motif be that of Teddy Sheehan, VC, who when his ship was bombed by the Japanese in WWII, strapped himself into the machine-gunner’s seat, and kept firing. The last thing visible, they say, as his ship went under, was his turret, still firing.

Steve Smith on getting the (c) back next to his name: “I’ve certainly had a lot of time to think about it and I guess now I’ve got to a point where if the opportunity did come up again I would be keen.”

North Macedonia coach Igor Angelovski after his team beat Germany in a World Cup qualifier: “These lads have made North Macedonia proud against the winners of four World Cup titles and three European championships. We’ve never beaten a team with so many titles.” It’s all right, I’ve already looked it up. Macedonia, which gained its independence after the collapse of what was Yugoslavia in 1991, was renamed North Macedonia in 2019. And South Macedonia? It is, very broadly, a northern province of Greece.

Rugby League Players Association CEO Clint Newton on the high attrition of the new season: “We’re fully cognisant we’re in the entertainment business. We are also in the human being industry as well.”

Team of the Week

Neil Robertson. The Australian snooker player – you know the one, the blond bloke? – won the Tour Championship, which I gather is a big deal in that world.

Gregg Popovich. Of the San Antonio Spurs, who has become just the third NBA coach to notch up 1300 regular season wins.

Germany. Their 35-match unbeaten run in World Cup qualifying, a streak dating back to 2001, ended with a stunning 2-1 home loss to North Macedonia. A little like the Waratahs losing by 40 points to a rugby team from WA … oh, wait!

Brisbane Lions. Following a one-point loss to Melbourne last week, on Thursday evening they came back with a one-point win after the siren win over Collingwood. Ain’t sport grand?

Manly Sea Eagles. So deplorable no one can even be bothered hating them any more. It’s just not worth the energy.

Rohan Browning. Sydney University law student is now all but certain to become the first male to represent Australia in the individual 100m sprint at an Olympics since Josh Ross in 2004. Bravo. Young man.