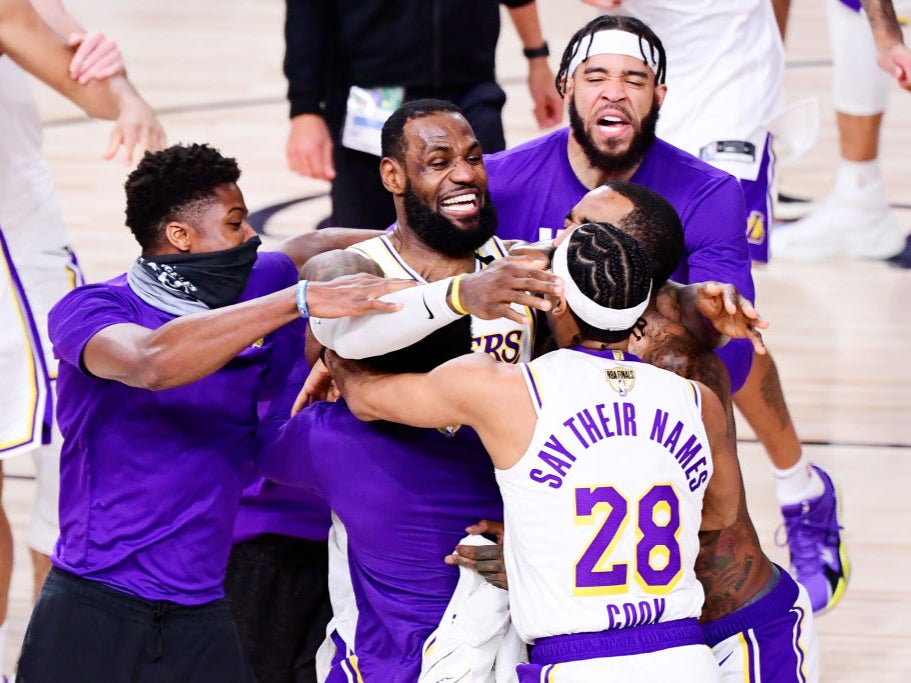 After leading Los Angeles to an emotional championship following the tragic death of Kobe Bryant in January, James became the first player in NBA history to win Finals MVP for three different franchises.

James’ ultimate moment in his career came in the 2016 Finals when he led the Cleveland Cavaliers to a historic comeback win over the heavily-favoured Golden State Warriors, adding to his two titles won in Miami.

A win over the Heat has also improved James’ record in NBA Finals, a popular statistic of his critics. He has been to the Finals on 10 occasions – including nine in the last decade – tying Kareem Abdul-Jabbar for the third-most in history, but James has won just four championships as he played in an era dominated by the ‘superteams’ – particularly when Kevin Durant controversially joined the Warriors.

Outside of his Miami tenure and perhaps this series with the Lakers, James has been the underdog on each occasion. It is an incredible run that will likely not be matched in modern basketball, and a win has brought his record to 4-6.

Ultimately, how does another ring make LeBron James stack up against Michael Jordan? The Chicago Bulls great is renowned for being a global icon who performed in the biggest moments, winning six championships and as many Finals MVP awards during his epic run in the 1990s alongside Scottie Pippen.

However, this fourth championship for James – with a third franchise – may turn the tide, at least in the minds of many fans.

When Jordan initially retired after a third championship in 1993, the Chicago Bulls posted a 55-27 record, just two wins short of their effort the season prior. When LeBron James left the Cleveland Cavaliers in 2018, after leading them to four straight trips to the NBA Finals, they posted a 19-win campaign. This was tied for the second-worst record in the entire NBA, and shows the extraordinary impact James has on a franchise. 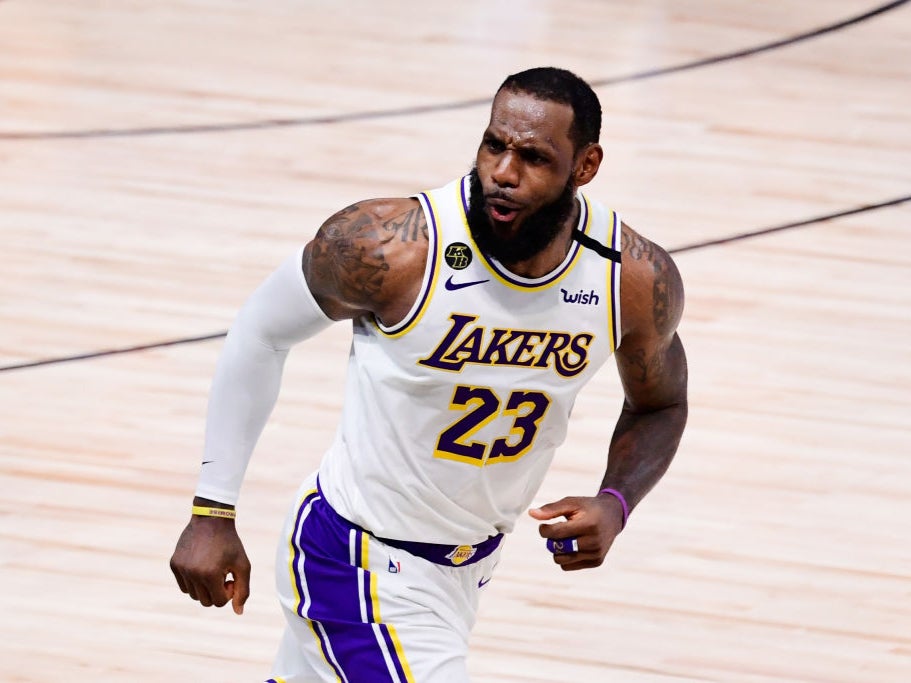 What makes this season and potential championship feel so important for James’ legacy is how his game has evolved and success still follows. After being drafted straight out of high school by the Cleveland Cavaliers in 2003, James was supremely athletic, and his game was defined by driving to the rim and spectacular scoring throughout his meteoric rise to the top of the NBA.

He then evolved his style to match the demands of the modern game, which saw basketball wake up and heavily utilise the three-point line thanks to Steph Curry and the Warriors dynasty that relied heavily on spacing, movement, and deep shooting.

But at the beginning of this 2019-20 season, James transformed the way he played to help Los Angeles reach heights they haven’t touched since Kobe Bryant. After the trade for Anthony Davis, James played point guard for the Lakers, becoming the heartbeat of the franchise to amplify the key skills of Davis. He became far more consistent on defence, and incredibly finished the season as the league leader in assists for the first time in his career with 10.2 per game.

This is a truly remarkable transformation of style, one that we have never truly seen in modern basketball. On the back of his new play, the Lakers claimed the first seed in a competitive Western Conference despite the noise emanating from the other side of Los Angeles as the Clippers built through the free agency signings of Kawhi Leonard and Paul George. Their season was sensationally ended by the Denver Nuggets, who were easily dealt with by LeBron and co. in the Western Finals.

The Lakers reached the Finals by winning each postseason clash against the Portland Trail Blazers, Houston Rockets and the Nuggets in five games as LeBron James and Anthony Davis showcased their class and steamrolled through their opposition. However, whilst James often delegates effectively to let Davis excel, it does not mean that ‘the King’ will not take over games when needed.

James was brilliant on Friday night, and would have dragged the Lakers to the championship had Danny Green not missed a wide-open three-point shot to win the game. However, he made sure to finish the job last night, posting a 28-point triple-double. James also dominated the series-clinching game five against the Nuggets in the Conference Finals, notching a triple-double of 38 points, 16 rebounds and 10 assists.

He may be 35 years of age and set to play his 18th season, but James is proving he is still more than capable of vintage, box office performances – and last night, he added another spectacular layer to the legend.