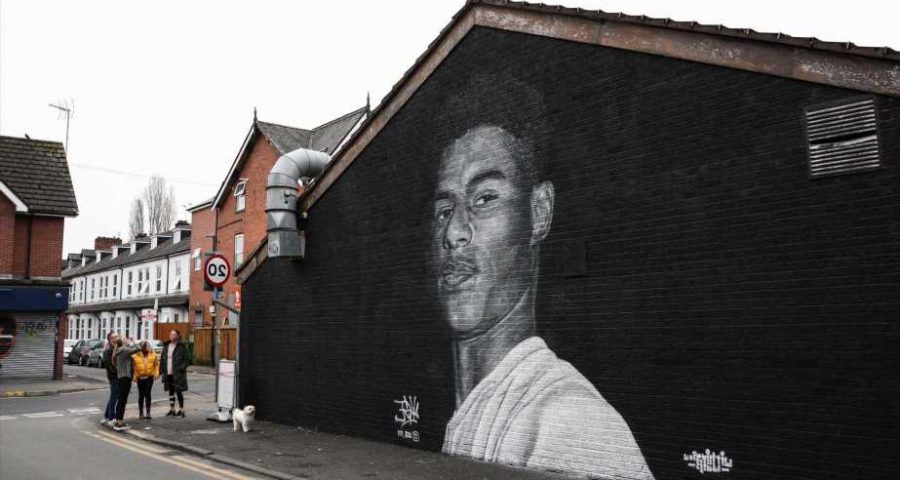 MARCUS RASHFORD is one of the most popular footballers in Britain today.

So much so, a Manchester-based artist has painted a huge mural on the side of a building in Withington. 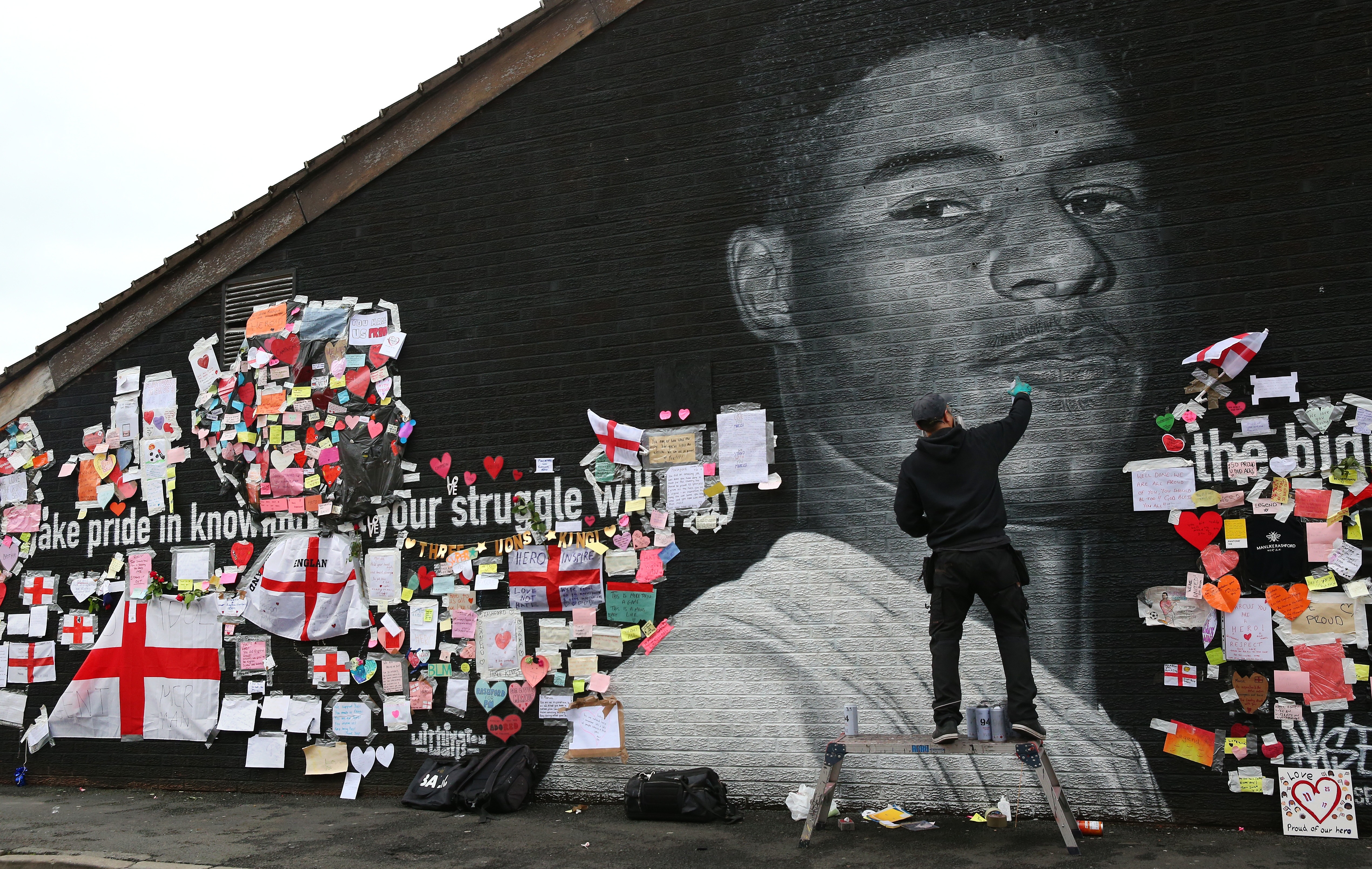 Where is the Marcus Rashford mural?

The Manchester United and England star's portrait appears on the side of a building in Withington in Manchester.

The building is a row of shops including a cafe and fruit and vegetable shop on Moorfield Street off Copson Street in southern Manchester.

Alongside the artwork, some words are scrawled on the brickwork, written by the artist.

They say: "Take pride in knowing that your struggle will play the biggest role in your purpose."

The piece was defaced by a vandal in the moments after Rashford missed a penalty for England during the Euro 2020 final against Italy.

But hundreds of admirers covered up the ugly writing with letters, flags and PostIt notes containing supportive messages.

Who painted the Marcus Rashford mural?

The portrait was done by Manchester artist Akse.

The French-born graffiti artist is of Vietnamese heritage and has lived in Manchester since 1997.

It is not the first time one of Akse's artworks has been defaced by racists, after his George Floyd mural at Stephenson Square was attacked by bigots in June 2020.

Akse has painted dozens of similar pieces around Manchester including those of singers Nina Simone, Ray Charles and Marvin Gaye.

He also painted a one of Captain Tom Moore and another of an NHS nurse wearing a mask with a halo above her head. 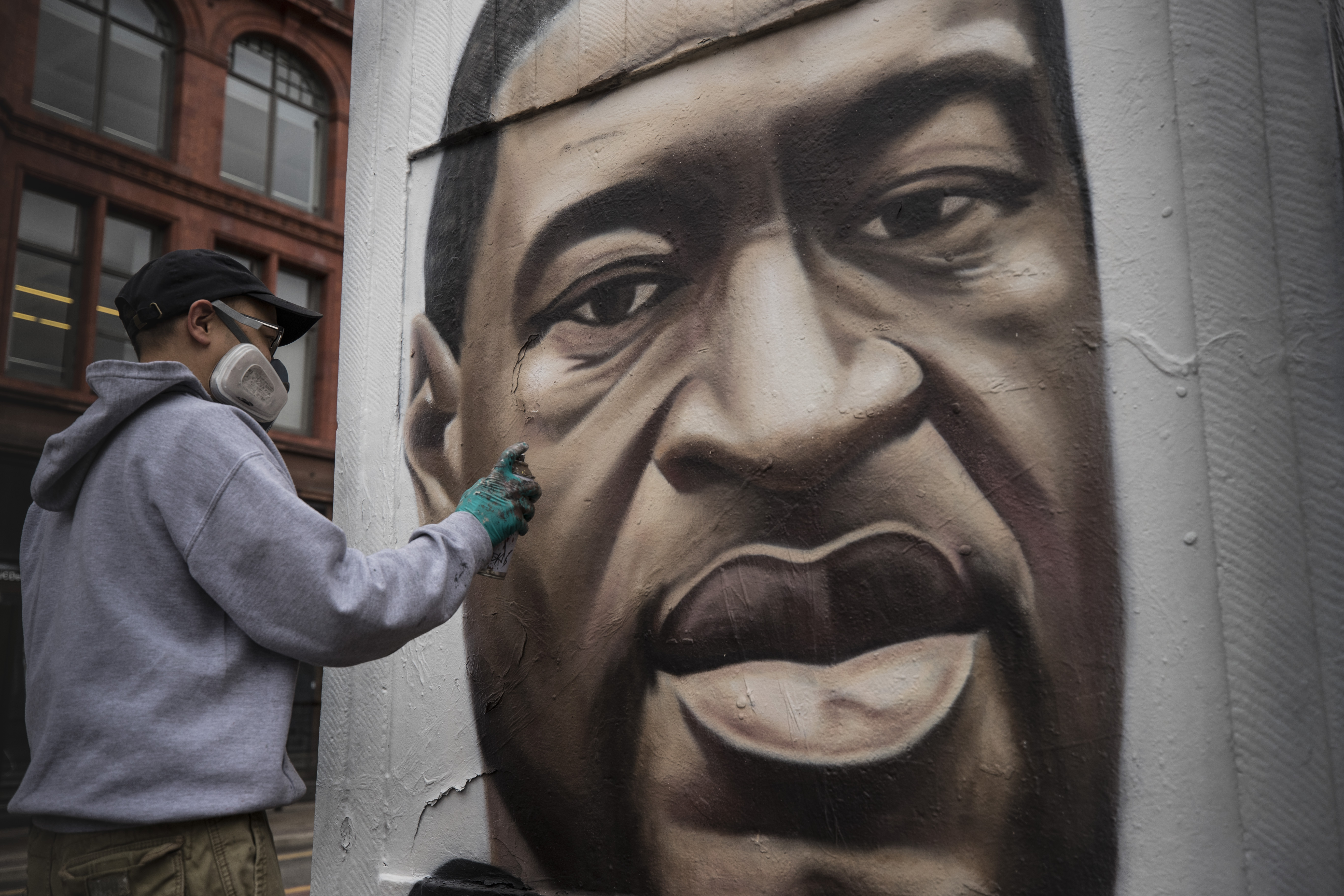