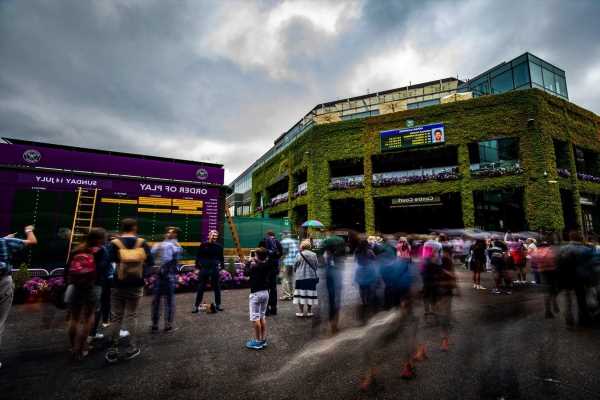 Wimbledon will announce spectator capacity and Covid protocols for the Championships on Wednesday.

The All England Club had hoped to be able to increase capacity significantly from the 25 per cent that has been planned for for several months but the expected delay to the further easing of coronavirus restrictions has put that in doubt.

A statement from organisers ahead of the tournament, which begins on June 28, read: “We are continuing to work with the Government and public health authorities on the final scenario for the event.

“These discussions are taking place in light of the potential delay to step four in the Government roadmap, and we understand the Prime Minister may address this in an announcement today.

“Further to this announcement, on Wednesday, June 16, the AELTC will provide an update on the final decisions for this year, including ticketing capacities, any spectator requirements such as Covid-status certification, and prize money, with tickets likely to go on sale in the following days.”

There have been reports that Wimbledon could follow the example of the football matches at Wembley in Euro 2020, with a capacity of up to 50 per cent – 21,000 per day – allowed through the use of vaccine passports and Covid testing.

A decision on capacity is likely to have implications for prize money, with Wimbledon needing to think about balancing the books.